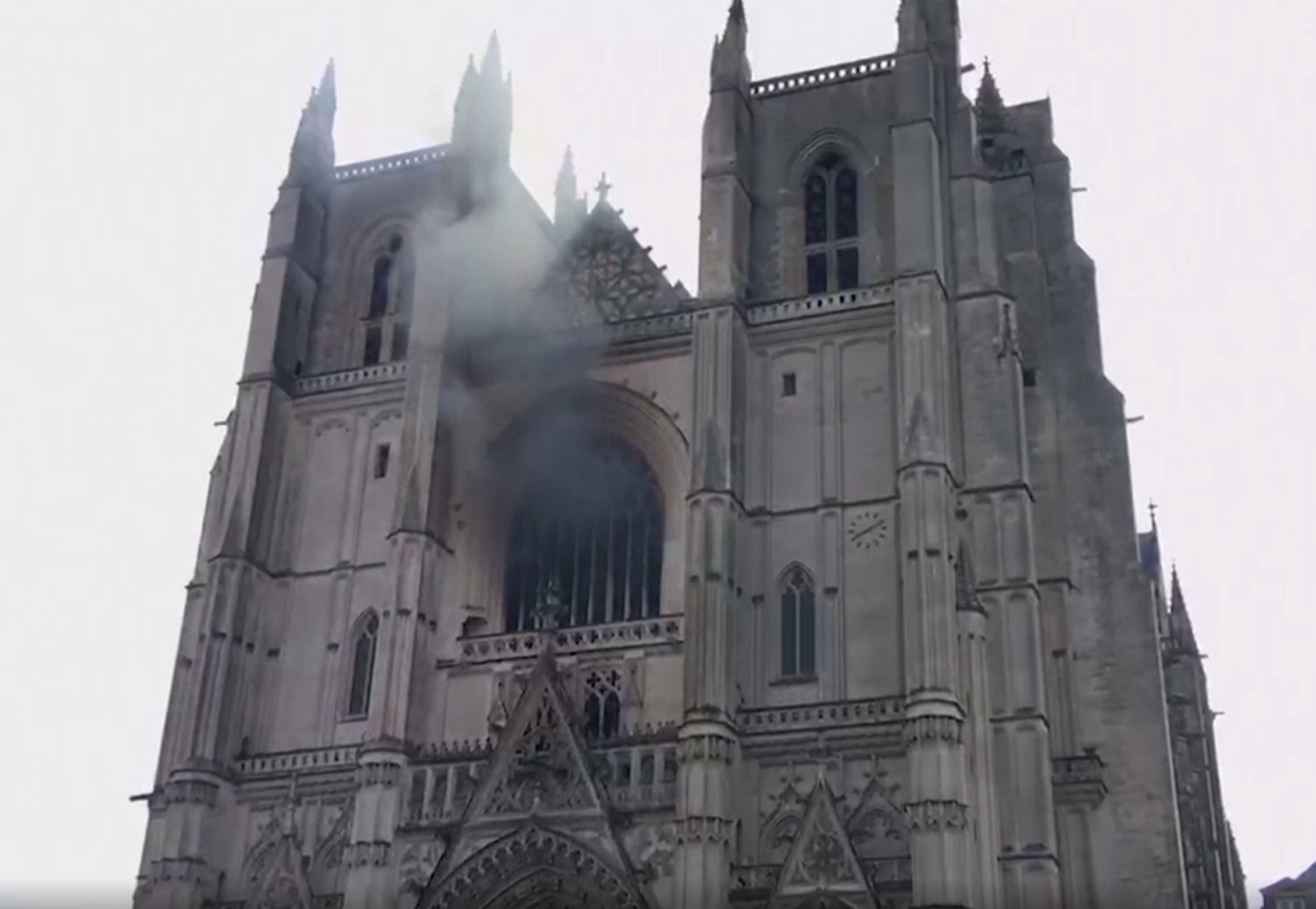 A Gothic cathedral from the turn of the 15th and 16th centuries is burning in Nantes in western France, with dozens of firefighters on the site. According to their spokesman, the flames were brought under control after a few hours.

The disaster immediately sparked memories of last April’s fire in Notre-Dame Cathedral in Paris, which destroyed the roof, truss and pointed turret of the 19th century, but firefighters say today’s damage will not be so extensive.

According to fire chief Laurent Ferlay, the large cathedral organ was hit the hardest in Nantes. The pedestal on which it stands is said to be very unstable and could collapse, Ferlay told media representatives in front of the cathedral. He said there were still 104 firefighters on site. “The Notre-Dame scenario is not happening. The roof was not hit,” he added.

The television footage showed smoke rising from inside a Catholic temple in Nantes. Rescuers were called to the scene at 07:44 CEST.

According to a representative from the town hall, referred to by the AP agency, the fire broke out inside the cathedral and its cause is unknown.

“It was a huge shock. It’s very sad,” Cecile Renaud of a nearby bakery told BFM TV, who called in the paramedics when she saw the big flames.

The heat shattered the stained glass windows, and black smoke rose up between the towers of the building. Intervening firefighters warned bystanders of local and foreign tourists to avoid the area around the scene. French Prime Minister Jean Castex is set to arrive in Nantes this afternoon, the AFP agency reported.

The cathedral of St. Peter and Paul in the heart of the city on the Loire River was not hit by fire for the first time. It was partially destroyed by Allied bombing during World War II in 1944. The flames broke out in it as a result of roofing work on January 28, 1972, and already destroyed the stained glass main windows between the two towers of the cathedral. The tabernacle could not be opened to the faithful until after 13 years of repairs in May 1985.

In 2015, another Catholic temple engulfed a large fire in Nantes. It destroyed three quarters of the roof of the Basilica of St. Donatus and St. Rogat from the 19th century