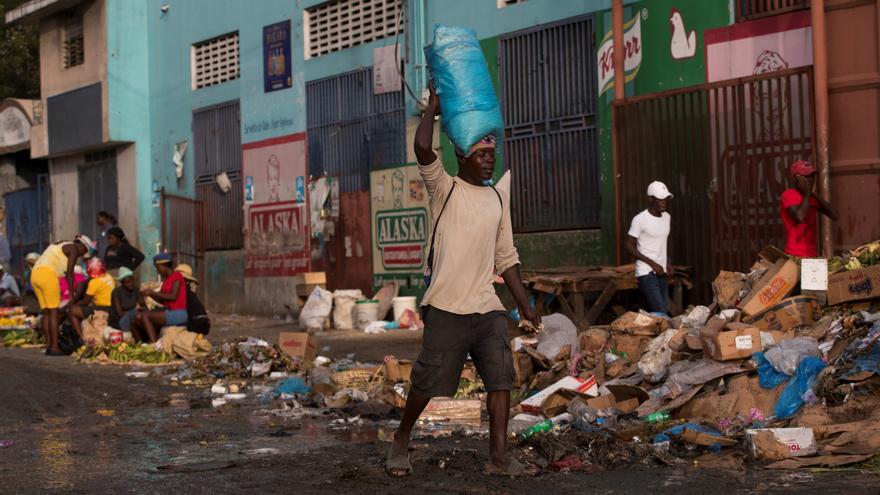 A man walks this Monday through the Haitian capital, Port-au-Prince.
EFE

Dr. Ariel Henry, a prestigious neurosurgeon considered moderate and conciliatory, will assume the head of Government in Haiti from Tuesday, amid the serious crisis opened by the assassination of President Jovenel Moise.

Henry, 71, has previous experience in government work, since he was a minister between 2015 and 2016 under the presidency of Michel Martelly and, previously, he was a member of the Council of Wise Men, an entity that played an important role in the transition period. after overthrow of President Jean-Bertrand Aristide in 2004.

In that collegiate body created with the support of the United States, he had the mission of appointing a prime minister to lead the country, a task that will now be his responsibility after the current head of government, Claude Joseph, announced his decision to yield. the power.

The fact that he was a member of the Council of Sages makes him a figure that is not to the liking of the forces of the leftto, especially Fanmi Lavalas, Aristide’s party. President Moise appointed Henry Prime Minister on July 5, in the last decree he signed before his assassination, and tasked him with the task of designing a consensus cabinet.

Moise’s intention was that Henry will integrate different forces of different political color into his cabinet, in order to calm the growing political tensions and thus facilitate the holding of the elections.

Last Saturday, the United Nations and a group of foreign powers, including the United States, gave their explicit support to Henry to continue with the work commissioned by Moise before his death.

Henry himself was part of a multi-colored government, under the presidency of Martelly (center-right), in which he first assumed the portfolio of the Interior and then that of Labor and Social Affairs. At the time, Henry was a member of Inite, the party of former President René Preval, and had previously belonged to Fusion, another social democratic formation.

At the head of the Ministry of the Interior, his main task was to guarantee public safety in the 2015 legislative elections, just as now his most important mission will be to organize new appointments with the polls.

In total, he remained 14 months in the Government, at times of constant changes of ministers, which were the result of the political instability that underwent the Martelly presidency.

Henry has also worked closely with the Government of Jovenel Moise since last year, since he is one of the members of the so-called Célula Científica, the technical committee that advises the authorities in the response to covid-19.

He has also held technical positions in the Ministry of Public Health and is a member of the national committee for the eradication of polio, since its creation in 1990.

Apart from his public functions, Dr. Henry is the head of the Neurosurgery Service at Bernard Mevs Hospital, one of the main private health centers in Haiti.

Trained at universities in France and the United States, Henry is also a professor of Neurosurgery at the Quisqueya University and at the State University of Haiti.