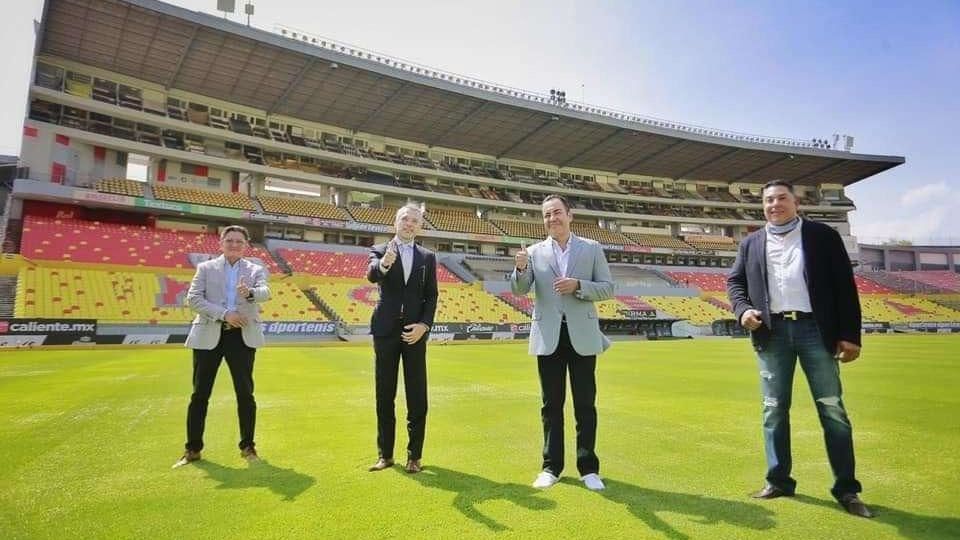 Gabriel Villaseñor Zurita, avocado producer and first cousin of Ulises Zurita, former president of Querétaro and today president of the Salamanca of the Second B of Spain, pointed out that the project of Atlético Morelia from Expansion League they head it 17 partners, of which, four of them, including him and José Luis Higuera, they own 50 percent of the shares.

The businessman maintained that within this society, “the economic contributions are very balanced, because 50 percent have four people and another 50 have another 12”.

After noting that Higuera “He is one of the strongest partners” in the project, narrated how he is now also involved in soccer.

“Higuera I was doing some business in Oaxaca with some friends of mine and they invited me to a meal at Enrique Ramírez’s house, there they told us that soccer was leaving Michoacán. At that time we were four entrepreneurs and Jose Luis, and the government secretary general, Carlos Herrera, and they invited us to be part of the project. ”

He stated that initially, he and José Luis Higuera They were going to start alone with the project of giving football back to Morelia, through the Zacatepec franchise.

“There was a time when we were just Jose Luis and I, when the decision was made two Fridays ago. There were people who did not decide and practically, the definition was this Thursday, already on a reality. They had already given us the loan for the field and everything. ”

“We want to do a project of adding and not subtracting. After it was already a reality with Jose Luis, they were joining more “, added.

Although they are already many, we asked them if they would be open to accept more people in this society: “Look, right now we are closed. Even, I believe that we opened more of the account, it was not the plan, but as we saw a lot of interest from the Michoacán businessmen, responsible entrepreneurs and with many values, to return a social mortgage to our state, that’s why we opened the door. “

And, precisely around the loan of the Morelos stadium, he said that the government agreed that the club will not leave Michoacán, as at the time it agreed to Grupo Salinas for Monarcas Morelia.

“The loan is for an indefinite period, it breaks when we want, if it were the case, to take the team somewhere else, something we do not plan to do.”

He indicated that as happened with the owners of Monarcas Morelia, the loan is granted free of charge, promising to pay only for all services, such as electricity, maintenance, water, etc.

On the other hand, the businessman explained that the project is economically self-financing, hence he assured: “The government is not putting a single weight, the government has supported is to give us the loan (from the Morelos Stadium), to fix it.”

“A project of this magnitude and to be fixed in less than 22 days, such as the bureaucracy, the problem with the Covid-19 and everything, the truth came very quickly, I saw it very well; Jose Luis It worked very well and things were closed. ”

CHANGE THE IMAGE OF MICHOACÁN

Gabriel Villaseñor Zurita He was hopeful that the arrival of the Athletic Morelia to Michoacán, cause a change in the state, which in recent years has been immersed in issues of violence by organized crime.

“We are going for the reconstruction of the social fabric of Michoacán, which lacks that; If we create children and young athletes, we are going to create people with other infrastructure that will translate into entrepreneurs and good people, because Michoacán is very polluted. ”

“People are happy, enthusiastic and optimistic; the Secretary General of the Government has supported this project a lot and most of the partners are from Michoacán and we are committed to the fans, the state and the reconstruction of the social fabric ”.

He expressed that Michoacán has a lot to give, since it is one of the largest avocado producers in the world, as well as guava and blackberry, without forgetting its magical towns.

“There are many things in Michoacán and unfortunately, we have focused on bad things,” he said, so with the return of soccer, they intend to give “a fresh and beautiful image” to the state, he concluded.