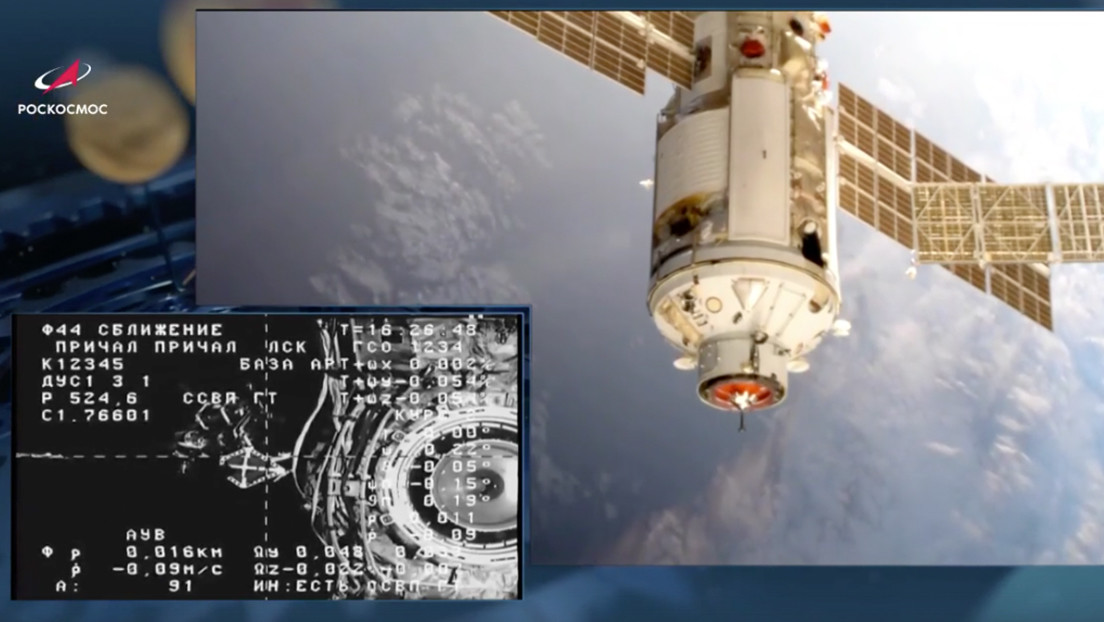 The ‘Nauka’ module will replace the Pirs module, which undocked from the International Space Station and fell into the Pacific Ocean on July 26.

This Thursday, the new Russian module-laboratory ‘Nauka’ docks to the International Space Station. It was launched on July 21 from the Baikonur Cosmodrome and is the first module sent into space by Russia in the last 11 years. During the eight days of flight, the controllers have been evaluating the operation of their systems.

The platform will replace the Pirs module, which previously undocked from the space station and fell into the Pacific Ocean. This module was in service for 20 years. Through its lock, the crew carried out 52 spacewalks, and it also served to receive the Soyuz and Progress spacecraft.

Its substitute ‘Nauka’ stands out for its dimensions: has a length of 13 meters, weighs more than 20 tons and has solar panels of 56 square meters. It is expected to contribute to the development of the Russian part of the ISS and in the future it could even serve as the basis for a new independent Russian orbital platform.

The ‘Nauka’ multipurpose laboratory module is intended for conducting scientific experiments and research. Once operational, the Russian sector of the ISS will be able to have more workspace as well as store more shipments and equipment designed to regenerate water and oxygen.

The arrival of the new module will provide the Russian cosmonauts with a second toilet, a cabin for the third team member, as well as the European Robotic Arm ERA, which will allow you to perform some missions without the need to go into space.

Space researcher José Oliver Sinca believes that the ‘Nauka’ module could be Russia’s first step towards the creation of a new independent space station. He points out that the country already plans to launch more modules in the coming years.