Archydearchyde.com
News a "tightening of the number of civil servants" advocated
News

a "tightening of the number of civil servants" advocated 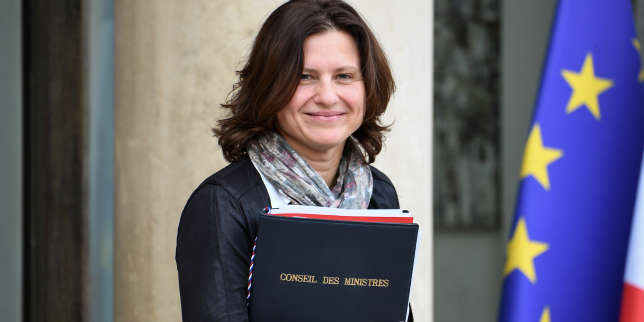 Roxana Maracineanu had, in May, decided to whistle a timeout, promising a broad period of consultation and reflection. Six months later, the "two-thirds of confidence" charged by the sports minister to find a way out of the crisis of sports advisers (CTS) – these agents of the state put at the disposal of sports federations – have submitted, Wednesday, December 4, their report, also presented to a steering committee made up of French sports actors.

In this report, the former gymnast Yann Cucherat – himself a CTS – and the magistrate at the Court of Auditors Alain Resplandy-Bernard make a number of recommendations in advance of their recommendations: need for a managerial clarification of the managers "Entrusting the hierarchical authority to the national technical directors", need to put an end to the great disparity in the distribution of STCs between federations, or "Improvement of the continuing training of the French sports movement's executives through the creation of a management school".

In spring, the sports world was strongly mobilized against the government project, led by the sports minister, to entrust the management of these agents of the state to the federations, to respect the objective of Matignon to remove "1,600 positions during the period 2018-2022". Some federations – the least equipped, those whose budgets do not exceed 10 million euros – feared that the financial compensation of the state is temporary.

After several months of hearing representatives of federations, sports technical advisers, unions or athletes, MM. Resplandy-Bernard and Cucherat, who reject, in their recommendations, the maintenance of the current situation and the scenario of an outright extinction of the body of sports advisers, argue for "A smoothed tightening over time of the CTS body" in other words, a drop in the number of civil servants, thanks in particular to retirements.

The costing of this decline still needs to be further analyzed. The needs are not the same between a so-called rich federation, such as tennis or football, with financial means far more important than a small federation, where the presence of state agents is essential.

Trusted third parties also defend the reopening of the CTS competition in priority to high level athletes, so as not to lose their expertise and to participate in the effort of reconversion of these athletes.

The authors of the report argue that the scenario of the reform they favor has the advantage of "Give a decisive impetus to the empowerment of French sport", and "Makes it possible to quickly modernize the management of sports technical staff without calling into question the status of public servants in place".

"We will study the proposals of this report and collect in the next two weeks the opinion of our agents everywhere in Francereacted Roxana Maracineanu, who praised the work of the rapporteurs. Our common goal is to improve the current functioning, to adapt to the new organization of the French sport and to prepare effectively the big deadlines that await us. "

Sports technical advisers have the feeling of being back six months. "This morning, the minister set fire to the powder with trusted third partiessays Raphaël Millon, spokesperson for the union Solidaires jeunesse et sports. It is a gradual dismantling of the public service of sport that does not say its name. They attack the heart of the system, namely state officials independent of the federations. " The trade unionist says he is ready to put forward counter-proposals, and promises to "Harden the tone".

The Minister reminded that the report, simple " tool to aid decision "was not "Not conclusive", announcing a new stage of "Concertation" with state agents, region by region.

At the same time, an expertise unit, led by the sports department, will be responsible for analyzing the recommendations of trusted third parties. All of these returns will be presented at a steering committee on December 19th. At the Ministry of Sports, we are confident about the possibility of"Announce a trajectory" on CTS at the beginning of the year 2020.

VATICAN CITY (AP) - Pope Francis warns of pessimism as many people emerge from coronavirus locks to complain that...
Read more

In a great step towards "normality" after almost three months of streaming encounters, Pope Francis has once again leaned...
Read more

Demonstrators from across the political spectrum gathered in Argentina to protest against the severe restrictions imposed to contain the...
Read more

In a great step towards "normality" after almost three...
Read more
News

Demonstrators from across the political spectrum gathered in Argentina...
Read more
News

At the heart of the scuffles in Minneapolis

In a great step towards "normality" after almost three months of streaming encounters, Pope...
Read more