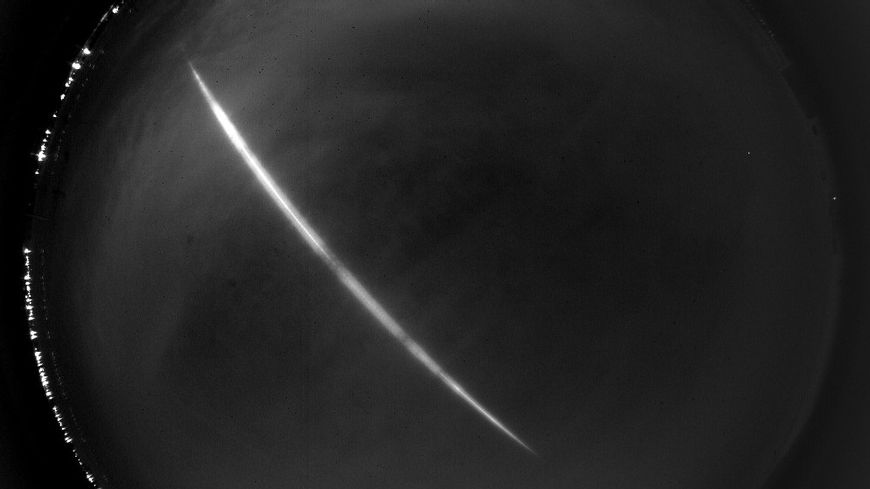 Many of you observed this luminous phenomenon in the sky of the Yonne this Sunday, December 14 around 5:40 p.m. A blue-green fireball which only lasted a few seconds but stunned many of us.

87 kilometers above our heads

It is indeed an asteroid with an estimated mass of about two kilos that was spinning at a speed of 90,000 km / hour. It entered the atmosphere at a height of 87 kilometers above the Champagne-Ardenne region before continuing his downhill race near the Yonne, then to disintegrate in the direction of Loiret. “The blue-green color is typical of meteors”, explains Christian Lalizet, founder of the astronomy association APEX 89, based in Charny-Orée-de-Puisaye, “many people rather expect to see an orange or red color, like a fireball.”

A sound of explosion

Most observers of this phenomenon heard a somewhat muffled explosion sound a few minutes later. This is not the sound of this meteor crashing into Earth, but the sound of its explosion in the sky that reaches us long after being observed in the sky. The celestial object would have disintegrated at a height of about 50 kilometers. According to the Vigie-ciel participatory science program, nothing would remain of this asteroid. Its mass on arrival is estimated at zero grams, equivalent to a total disintegration!

A rather rare phenomenon

“Such a meteor (a very bright meteor) had not been seen in the sky over the region for at least three or four years”, specifies Eric Chariot, director of development at the Burgundy Astronomical Society. “There are often asteroids, but also bright it is still quite rare in our area.”

Bankruptcies will be numerous in the post-Covid period, economists warn

The reality behind the alleged death of Irma Serrano the “Tigress”