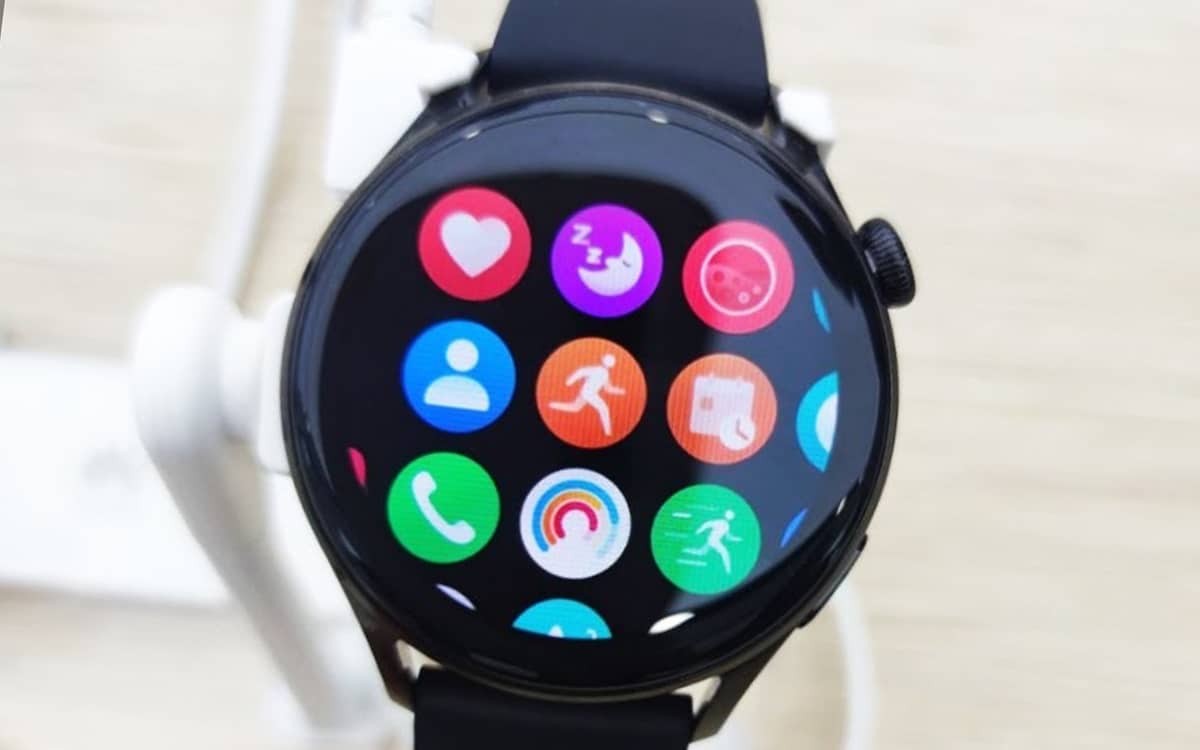 The Huawei Watch 3 and Watch 3 Pro, the brand’s next connected watches, have just appeared on the web in a stolen video. A few days before the announcement, the short getting started sequence offers a new look at the HarmonyOS interface of the two smartwatches.

Huawei is preparing to deploy the first final and stable version of its in-house operating system, HarmonyOS, on the market. The first two devices of the brand to benefit from the modular OS are the MatePad2, a high-end tablet, and Watch 3/ Watch 3 Pro.

As the official announcement looms, both versions of the smartwatch have appeared in photos and videos on Sina Weibo, the Chinese social network, report our colleagues from Huawei Central. As expected, Huawei is betting on a circular screen with a small scroll crown on the right side.

Huawei is preparing two variations of the Watch 3

Huawei will offer two variants : a watch with an aluminum frame and a silicone strap and a stainless steel model with a leather strap. The aluminum model is probably the standard Watch 3 while the steel model is the more premium Watch 3 Pro.

One sequence in particular reveals new insight into HarmonyOS interface for smartwatch. Several apps, probably user-defined, display in full size when Watch 3 displays the time. To return to the complete list of applications installed on the connected watch, a quick click on the crown is enough. App icons are rounded and aligned along the plane of a grid.

Ultimately, the HarmonyOS interface will be available on all Huawei devices, including smartphones, televisions, connected speakers or connected objects. The alternative to Android will also be offered on products designed by other manufacturers. For example, Meizu is about to launch a first product under HarmonyOS. It’s a first. Other manufacturers, including OnePlus or Xiaomi, would consider relying on the operating system in the coming years.

Huawei will present in detail all the strengths of HarmonyOS this Wednesday, June 2, 2021. The Chinese giant will also unveil everything there is to know about the Watch 3 and the MatePad 2 during the virtual conference. We give you an appointment this Wednesday to find out everything about Huawei’s OS.