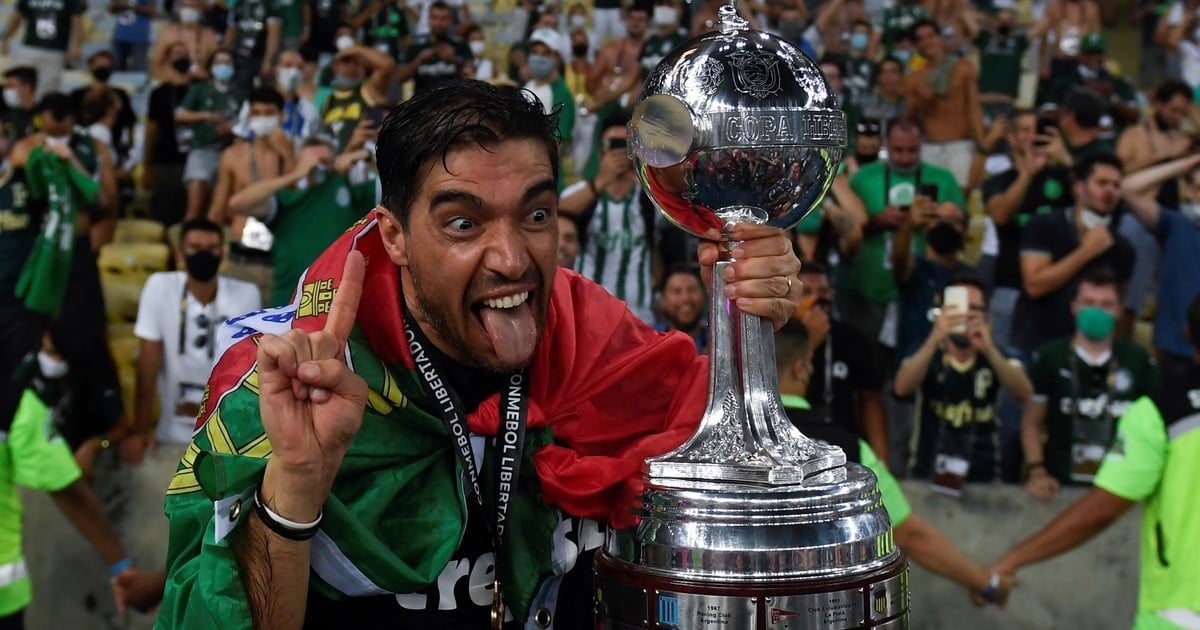 In Maracanã itself, minutes after winning the Copa Libertadores, Palmeiras’ coach remembered Marcelo Gallardo. Yes, incredible about the Portuguese Abel Ferreira. Because without anyone asking him anything, he assured at the press conference that the title was also dedicated to the Doll …

The story began in the rematch of the Cup semi-final, after the great game that River made in Brazil. The game barely ended Abel Ferreira went to find the Doll to congratulate him for the 2-0. Then he would explain the reason for his gesture: “Gallardo is better than me.” And now, this Saturday with the Cup in his pocket, the DT champion returned to the subject.

“Many people asked me what I had said to Gallardo. I told him that I was going to win this competition and that thanks to him I should be a better coach. And he answered me to win it. If I am a better coach, I also owe it to Gallardo, “declared Ferreira.

No one asked him on this occasion about his dialogue with MG. The fact is that Ferreira was highlighting Vanderlei Luxemburg for having started the work at Palmeiras. And then, after expressing his gratitude to his predecessor, he highlighted what he allowed him to have faced River de Gallardo.

At 42 years of age, the Palmeiras coach is the first Portuguese to coach Palmeiras and the second coach from that country to win the Cup – after Jorge Jesus.

Ferreira goes through his first experience in South American football (he took over in November after arriving from PAOK in Greece to replace Vanderlei Luxembourg). He is an admirer of Pep Guardiola, Mauricio Pochettino and a disciple of Jesualdo Ferreira.

Now the Palmeiras returned to São Paulo. On Tuesday he will play against Botafogo and then embark for the Club World Cup in Qatar. “Many things are happening, we climb the mountain and enjoy the landscape. It is good, but there are many other things to achieve, you cannot be distracted by the landscape,” concluded the DT champion.