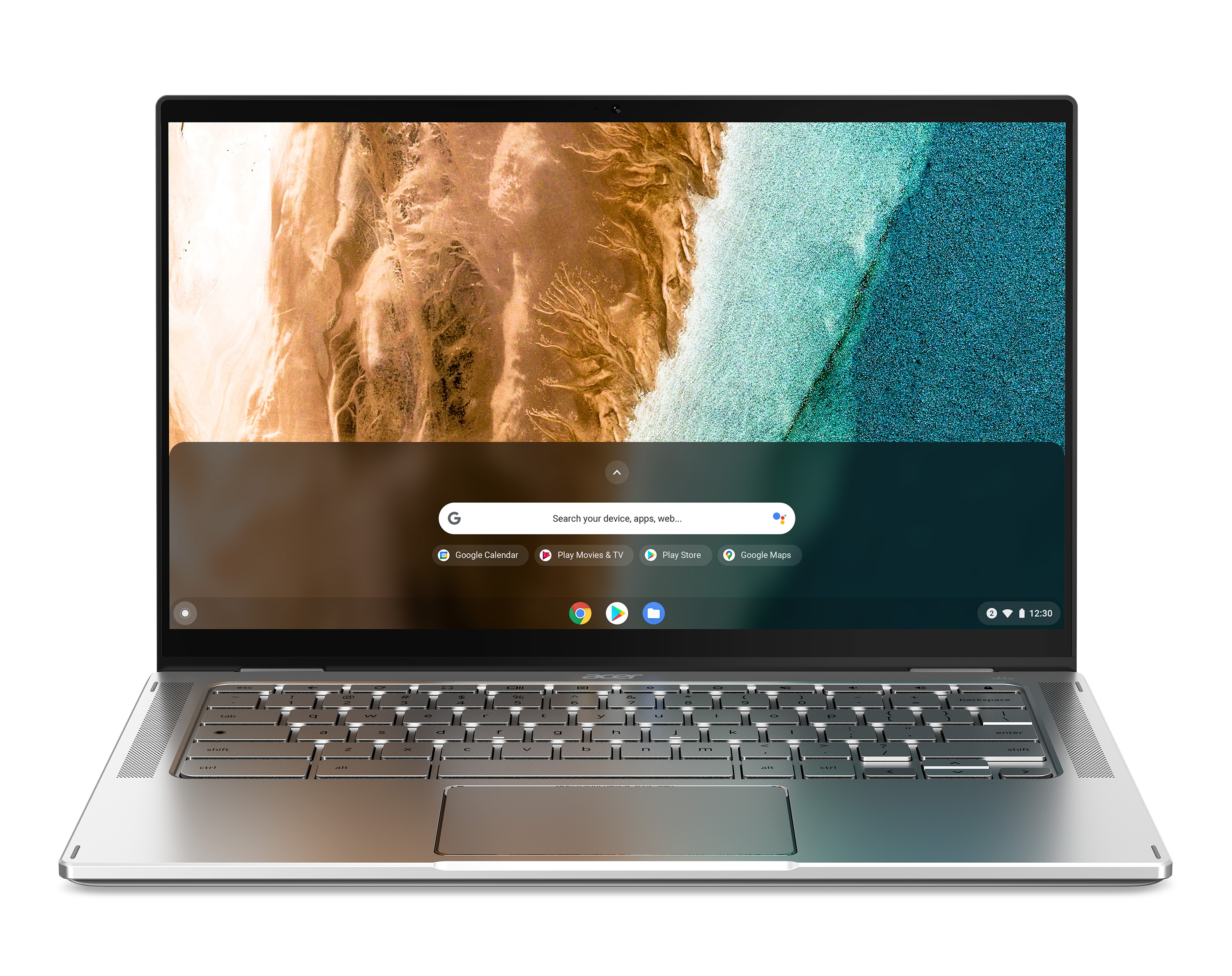 In addition to ConceptD laptops, Acer today also released a series of new Chromebooks, including four models: Chromebook Spin 514, Chromebook 515, Chromebook 514 and Chromebook 314. Although the numbers seem to be complicated, in fact, Spin is a flip-type laptop, and the last two digits represent the screen size.

Spin 514 is probably the most noteworthy of the four, combining a 14-inch 1080p touch screen with a narrow bezel and Intel’s 11th generation Core i3, i5 or i7 processor. It uses a fanless design, and especially uses a 1080p camera with an anti-glare filter to meet the needs of current video work. Other specifications include 16GB of RAM, up to 512GB of storage space, Intel Iris X graphics card and 10 hours of battery life. The total weight is about 1.36 kg. This one is expected to be launched in the United States in January, with pricing starting at $700.

The Chromebook 515 has the same specifications as the Spin 514 except for the 15.6-inch screen (and cannot be flipped), except that it also offers a Pentium Gold option in addition to the Core i. It weighs 1.7kg and is expected to be available in Europe from this month, priced at €499. Although Chromebook 514 has a similar name with Spin 514, it uses MTK’s 8-core Kompanio 828 processor, which claims to provide 15 hours of battery life and weighs only 1.3kg. This one is expected to be launched in the United States in December, priced at US$400. Finally, the main feature of the Chromebook 314 is that it is equipped with an “OceanGlass” environmentally friendly touchpad made from recycled plastic waste. It has a 14-inch panel, but the resolution is slightly worse, only 1,366 x 768. It can choose Intel Pentium Gold or Celeron processors, and it will be listed at US$400 in December.