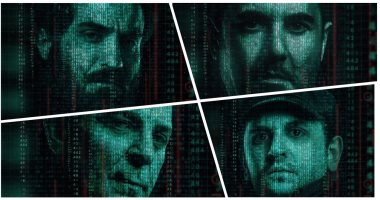 Synergy Films released the official promo of the movie “Al-Arif”, starring Ahmed Ezz and Ahmed Fahmy, in preparation for its release in theaters next July 14. The promo took control of action scenes, chases and explosions, and the promo revealed that the film was filmed in more than one country beside Egypt.

And in the past hours, the heroes of the film promoted him in an innovative way on the social media, after Ahmed Fahmy announced that his Facebook page had been hacked by unknown persons, changing the image and writing the sentence “I am not far … the turn is on whom”, and his wife, the artist Hana Al-Zahid, warned all his followers that The page was hacked, and after Ahmed Fahmy, Ahmed Ezz, Mahmoud Hamida and Mustafa Khater announced that their Facebook page was hacked, changing the image and writing the same sentence.

““Al-Arif” is one of the huge production films in the Egyptian cinema, and it is the first Egyptian movie to be filmed between 4 countries (Egypt, Italy, Bulgaria and Malaysia), in addition to the use of the producing company by four international designers to implement the dangerous scenes.