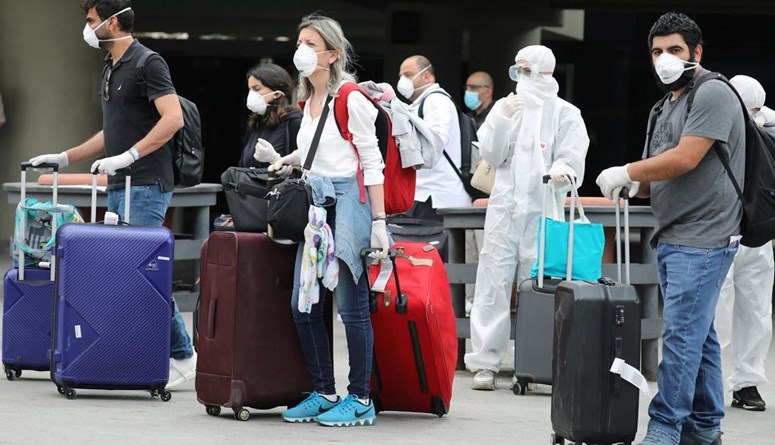 There are no official data yet confirming the presence of cases of the “Indian mutant” or what is known as the “Delta” mutant in Lebanon, although the possibility of its presence in Lebanon is not excluded by the observers in the health and epidemiological sector..

While awaiting the release of the results that were sent to laboratories abroad, the Lebanese must be patient and not celebrate victory prematurely so that the country does not fall into a dilemma, especially since the experiments showed the virus’s treachery in different societies, as happened in Britain.

Despite the vaccination rate, Britain is facing a severe wave of the Indian strain (Delta) in the unvaccinated category. More than 90% of new cases are due to this wave.

But what about Lebanon? What is the closest scenario to our reality?

Adviser to the President of the Republic for Health Affairs, Deputy Dr. Walid Khoury, explains to “Al-Nahar”, “We sent some samples to external laboratories.”

(in cooperation with the World Health Organization) to follow up the genetic sequence, and to ensure that the Indian strain does not reach Lebanon. It is true that we have imposed some conditions on those coming from some countries, but that does not mean that we are immune from the possibility of transmission, especially since the strain is now present in more than 75 countries.

And so as not to forget, the spread of the British dynasty in Lebanon was the result of the arrival of those arriving in Lebanon, and the evasion of the behavior of some citizens, and the scenario may be repeated with the Indian dynasty if some preventive measures are not adhered to.

In Khoury’s opinion, “the main target today are those coming from abroad through the airport,” as he believes that “the number of passengers is relatively acceptable. Referring to the ratios, the Lebanese have acquired a natural immunity of 40% in addition to immunity as a result of vaccination, which is about 10%. Thus, immunity The societal level until today is around 50%, and we are no longer far from reaching an immunity ratio of 70-80%.”

Accordingly, Khoury hopes, “based on the doses that we receive successively from Pfizer and AstraZeneca, that we will achieve the desired goal in the next two months, and that the vaccination campaign will succeed at a high rate in Lebanon. Therefore, today’s reliance on universities, where we have distributed about 400,000 doses, will help in vaccinating this group.” Omariya is among the students, so as not to repeat what we see today in Britain through the high incidence of the Indian strain among young people.”

Today we are facing a great challenge. The vaccination rate is good, but the race against time is accurate and timely. Either we succeed in reaching safety or we face a new wave of the virus. This is what the Adviser to the President of the Republic for Health Affairs expresses, saying, “We are afraid of the spread of the virus, and it cannot be hidden that the main problem will be at the airport, which is a major station for the strain to come to Lebanon.”

Khoury added: “All epidemiological indicators point to an improvement in the situation locally, whether by a decrease in the proportion of cases in intensive care, which reached 10% of the total number of infected people, or the closure of Corona departments in a number of hospitals, and these are positive results that cannot be denied. Despite this, we are We need to pay more and encourage registration on the platform because the number of registered people is still small, and it is about one million and 700 thousand citizens.”

According to Khoury, “We are in a very important stage. Either we go beyond this period and achieve success in controlling the epidemic and win the battle, or we go backwards in the event of recklessness and non-compliance with preventive standards. It is a very delicate stage, and today we are following the indicator of community transmission, which is a sign of transmission of infection.” Within the community, we hope that the percentage will decrease further to ensure that the local outbreak of corona does not happen again.”

For her part, Dr. Madonna Matar, head of the Department of Bacterial Diseases at Our Lady of Aid Hospital in Jubail, explains to “Al-Nahar” that “this Indian strain or the “delta” mutant is now present in more than 75 countries, and data indicate that about 10% of Americans are infected with this virus. The strain is spreading in Britain at a very large rate (about 90% of cases). Even in Australia, which is the only continent where Corona cases were not recorded in large numbers as a result of the strict restrictions and people entering it, cases of the delta mutant were recorded. 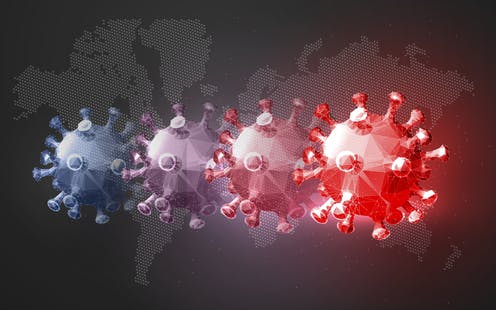 In Matar’s opinion, the risk of this strain “is represented in its ability to transmit and transmit infection by 40% more than the British strain, or what is known as the “alpha variable”, and by 70-80% than the first strain of Corona. And based on the data issued, which is still few, it revealed that 12 % of infected patients deteriorate their health condition 3-4 days after the onset of symptoms, according to recent Chinese data, and thus, its ability to be lethal and highly acute faster than other strains.”

So, the Delta strain spreads 4 times faster than other strains, and leads to two or two and a half times more hospitalization, in addition to that it causes severe symptoms that are different from the norm, such as strong headaches, vomiting, diarrhea, loss of appetite, and throat pain… Severe cold symptoms.

What about the efficacy of vaccines against this mutant? Matar stresses that, “according to studies, the effectiveness of vaccines is still good, but it has proven that they are affected and have a slightly lower rate compared to other mutant variants. This is what prompts researchers and followers to research giving an additional dose of a new vaccine to ensure that it is not affected by the ongoing and permanent variants of the virus. And it became clear that the effectiveness of vaccines decreased. against this new mutation, and it may decline further if we witness other worrisome and highly contagious mutations.

Returning to the British experience, it seems clear that the spread of the virus was among young people who are considered “carriers of infection”, which leads us to seriously think about accelerating the vaccination of this group, which moves more in the community, while the elderly remain less mobile, despite their vaccination. What happened in Britain, with regard to the spread of the “delta” mutate among the unvaccinated group, may be repeated in any other country. Therefore, caution is a duty, and we must not abandon any of the preventive measures that would protect us and those around us. It cannot be underestimated, and it is time for us to learn lessons and through the past, the last of which is India.”

Matar does not hide that “the fears about the Delta mutator are not only local, but also in all countries, because it has proven that it has a greater and faster ability to contagion and more severe symptoms and hospitalization. Therefore, we must remain vigilant, especially since it may be present in any country. In the absence of tracing and genetic sequencing of cases, it is not excluded in light of tourism and the opening of airports that it is present in Lebanon, although we are not aware of it yet.