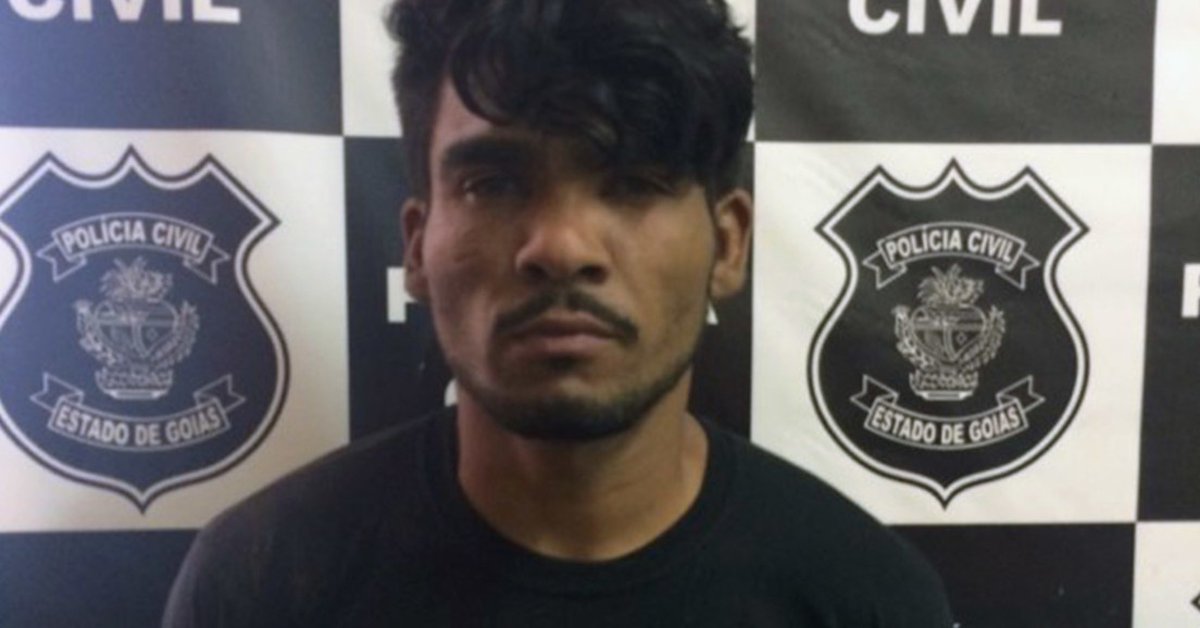 Policemen celebrate the capture of Lázaro Barbosa, a dangerous serious murderer who they had been chasing for more than 20 days

The persecution against Lázaro Barbosa lasted more than 20 days, a 32-year-old man charged with brutally murdering an entire family in Brazil that had been on the run from the authorities for years, being responsible for a series of crimes over almost two decades.

Barbosa, who had already had a history of previous murders and whom the Brazilian authorities describe as a “unpredictable psychopath ”, died in the operation that sought to find his capture and in which a force of 270 agents, drones equipped with infrared, tracking dogs and helicopters were deployed.

In the middle of the operation there was an exchange of shots that seriously injured the murderer, who died in the hospital where he was transferred after being arrested.

Lázaro Barbosa, the fearsome Brazilian serial killer died in a police operation at the age of 32

According to the press conference given by the Secretary of Security of Goiás (state of Brazil), Rodney Miranda, Barbosa had “a support networkWhich was helping him escape. It was also said that during the 20 days in which he managed to elude authorities, the killer took hostages to facilitate his escape.

The relentless search against Barbosa was unleashed on June 9, when the man entered a farm located in the Federal District in the Ceilândia sector and stabbed and shot dead a married couple along with their two children, ages 15 and 21.

By that time, the “DF serial killer” as the press dubbed him, he was already suspected of killing a man on another farm in Goiás.

During the days of the persecution, Barbosa invaded at least 11 farms, took hostages, robbed houses and clashed with the Police on several occasions, always managing to flee from the authorities.

In one of those clashes, Barbosa took a married couple and their teenage daughter hostage and took them to the bank of a river where he was allegedly preparing to assassinate them. But thanks to the young woman, who managed to send a message to the Police, the family was saved. However, the dangerous man managed to escape by fleeing through the rivers, in an area that he knew very well.

At just 19 years old, Barbosa began to accumulate a criminal record. In 2007 he was arrested for committing a double homicide in Bahia: his victims were two men who tried to help a woman he was pursuing with the intention of killing her.

At that time, Barbosa managed to elude the police for nine days, before turning himself in because of a wound that put him in mortal danger. He lasted 10 days in prison, as he escaped after his arrest.

In 2009 he was arrested for rape, robbery and illegal possession of weapons. He was imprisoned for five years, but was granted the semi-open regime and two years later he escaped again.

In 2018 he was arrested for the third time for two homicides and one rape, but he ran away again.

Barbosa reappeared last April, when he entered a farm and struck an old man with an ax. Days after, he invaded a house, locked the owner with his son in the bedroom, waited for his wife to arrive, subdued her and raped her in a nearby bush.

The Barbosa hunt took hold of Brazil and created a climate of fear in the area, with some residents telling local media that they were afraid to go to sleep or leave their homes in the face of a possible encounter with the dangerous killer.

Videos of the capture of Barbosa began to circulate on social networks in which the officers are seen celebrating with the arms in the air to have shot him down.

Goiás state governor Ronaldo Caiado praised the police for apprehending Barbosa. “Congratulations to our security forces. They give our people reason to be proud! Goiás is not a Disneyland for bandits ”, he said on his Twitter account.

Militia Mafia Expands Power in Brazil with Pirate TV Service
A Brazil match in the Copa América and a ball in the water: the miracle that saved Erick De Moura from dying in the collapse of Miami
Bolsonaro ally links him to Brazil vaccine scandal