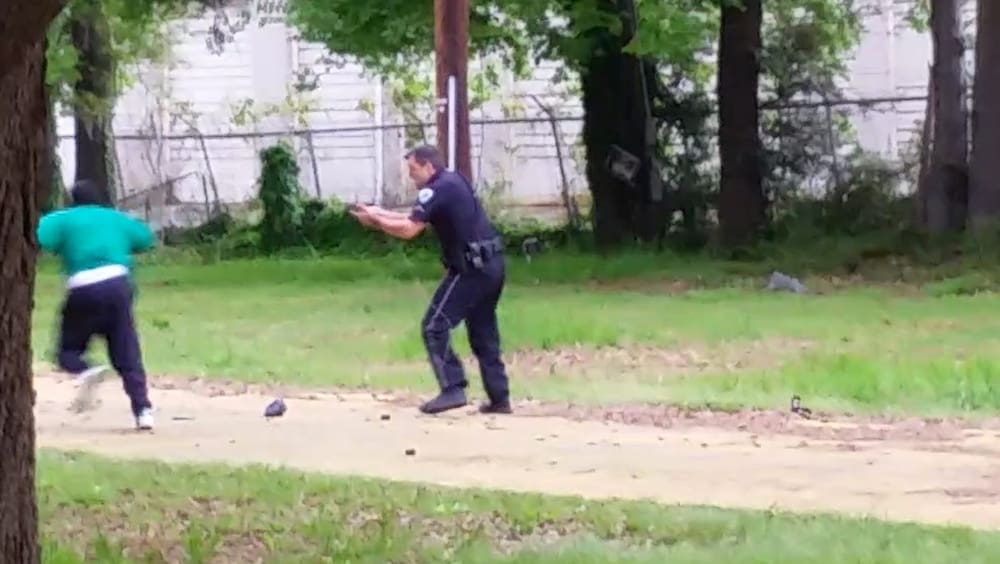 The case with the most serious consequences dates back to March 1991. Four freeway police officers beat the drunk and fast-moving Rodney King († 47) after a chase in Los Angeles. The initial acquittal for the police triggered riots, which resulted in 53 deaths and property damage of over $ 1 billion. King received millions in compensation. King was known to the police for a robbery, and after the incident he came into conflict again with the drug and violence. He drowned in a pool in 2012 under the influence of drugs.

In Cleveland, Ohio, twelve-year-old Tamir Rice played with a deceptively real toy gun in November 2014, aiming at people. Although a local resident pointed out the suspected dummy when the police were alerted, an officer immediately shot and killed the fellow. The caller’s notice had not been communicated to the patrol. The policeman was acquitted.

Eric Garner († 43) died in New York in July 2014 as a result of a police stranglehold. He had been suspected of selling cigarettes illegally. Like George Floyd, his last words were “I can’t breathe”. The man suffered from asthma. The police officer was released and no charges were brought.

8 shots in the back

In April 2015, Walter Scott († 50) was shot and killed by a police officer at a traffic control in South Carolina. The officer stated that the man wanted to attack him and that he was terrified. However, a video showed that the policeman shot the fleeing Scott eight times in the back and then handcuffed the dying person. The policeman was sentenced to 20 years in prison for murder.

Shot in the car

A police officer shot 32-year-old Philando Castile in his car in Falcon Heights, Minnesota, in July 2016. The police had stopped him for a broken rear light. According to his girlfriend, an official fired seven shots after telling them he was carrying a pistol. The police officer was acquitted but was released.

As statistics from the Washington Post show, more than 5,000 people have been shot by the police in the United States since 2015. Since then there have been almost twice as many dead whites than blacks with 2385 victims, but more blacks died as a percentage of the ethnic group. In the United States, 60 percent of the population is white and 13 percent is black.

Conversely, crime statistics look like this. The FBI counted over 5.6 million known criminals in 2018. 54 percent of them were white, 27 percent were black. Measured by ethnicity, the proportion of blacks is higher here.