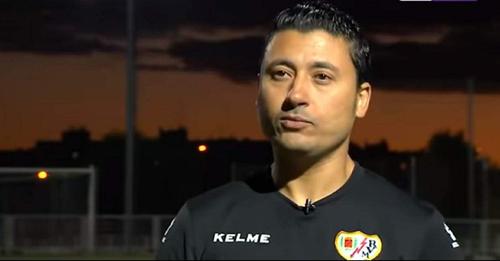 Rahim Amr Abdel-Haq, director of football at Al-Nasr Club, announced that the club’s board of directors, headed by Amr Abdel-Haq, decided to appoint Khaled Ghoneim, coach of the youth team of the Spanish club Riovacano and Atletico Madrid, to officially take over the leadership of the first football team in Al-Nasr next season in the second division league..

It was also decided to appoint Ahmed Fawzy, the former Al-Ahly club star, as coach of the goalkeepers.

Rahim Abdel-Haq said: “Khaled Ghoneim was contracted after a series of negotiations with him, as he is a great fit for the ambitions of Al-Nasr because of his wonderful biography and great training experience in his work as a coach for the youth team and the reserve club of Riovacano and Atletico Madrid and more than one other team in the Spanish League. “.

It was decided to form the technical staff of the victory team, which came as follows:

It is noteworthy that Khaled Ghoneim holds Egyptian and Spanish nationalities and holds a training license A from the European Football Association UEFA. He began his training journey in Spain in July 2014, when he led one of the youth teams of Atletico Madrid, and at the same time as an assistant coach for the reserve coach of Rojiblancos.

He worked with three coaches during one season in his position with Atletico Madrid, Carlos Sanchez Aguiar, Oscar Mina and Roberto Fresnedoso, in the third division, the season in which the team finished in 18th place.

In the 2015-2016 season, “Ghoneim” coached the U19 youth team for Mostoles, to leave after only one season and then moved to work as an assistant coach for Juabe Pinado in the reserve of Rio Vallecano in the 2016-2017 season, then took over the training of the CD San ​​team Pedro in the Spanish capital, Madrid, in the 2017-2018 season, but he returned to Rio Vallecano in the 2018-2019 season to coach the U-19 youth team.