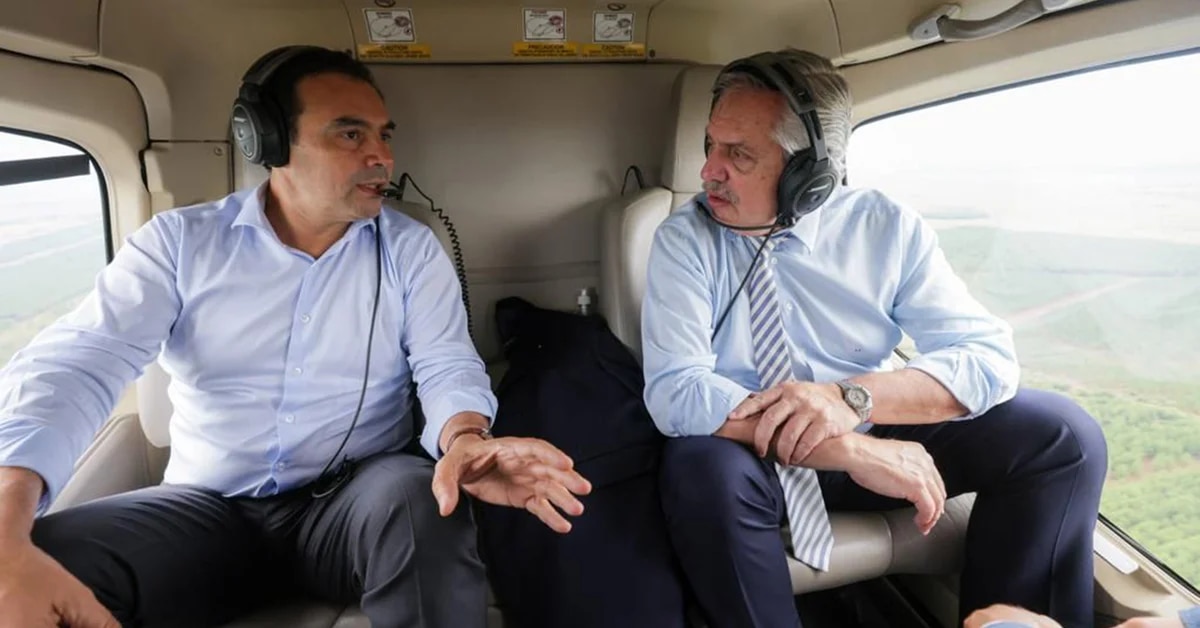 President Alberto Fernandez flew over the areas affected by the fires in Corrientes this afternoon, accompanied by the governor Gustavo Valdes, after the crossroads and disagreements they had last week regarding the resources and efforts to fight the fire. Prior to the visit, the provincial president announced that the affected area has already been reduced by 30%, after the rain and the work of firefighters.

The President arrived around noon at the airport in Posadas, Misiones, and from there he went to visit different sources, then he went to the Operations Center in San Miguel. “According to the latest reports, the number of fires has been reduced by 30%: there are still many outbreaks to fight, but we are making progress thanks to the work of more than 3,000 people mobilized throughout Corrientes,” Governor Valdés wrote on his social network account. Twitter, where it was shown in meetings with SNMF and Army personnel at the Emergency Operations Command.

“We do not know if there is 30% less but it is very possible, the dynamics of the fires have an irregular behavior and maintain a lot of activity. Yes, the fires in the forest massifs eased a lot because they finished consuming and those fires with a lot of activity went down a lot. But between Wednesday and Thursday we had many grassland fires due to the climatological activity of a storm front, wind and a lot of heat, “explained a source from the SNMF to Infobae. According to the reports of this organization, until Thursday before the rains there were 20 active outbreaks and one contained.

The conflict between the national government and Corrientes began when the Minister of Environment and Sustainable Development, Juan Cabandie, questioned the actions of Valdés in the face of the fires. “We offered resources on January 23 and they asked for help on February 5”had denounced.

In addition, the governor assured that, in the midst of the emergency, the national official called him to complain about the criticism of the former president. “Call Macri to stop tweeting against me”Cabandié would have told him, given that the former president had assured that the situation was “alerted by the authorities of the province of Corrientes to the Ministry of the Environment” and that “they never answered them”.

In an attempt to put an end to the conflict, both Valdés and Cabandié appeared together at the beginning of the week in San Alonso, an island in the Esteros del Iberá where jaguars are kept and which they accessed by air, the only way currently possible given that there is no water in the area.

In the midst of the crossings, Fernández answered criticism for the government’s inaction in the face of the advance of the fire in the province of Corrientes during an act in Santa Clara del Mar where a sports center was inaugurated.

“Many are concerned to see what we did in Corrientes. We did everything in our power all weekend. And before too. And Corrientes draws the attention of all of Argentina, obviously, he has just experienced a tragedy. What is true is that we do not write Twitter for that, we do not advertise with it”, he introduced during an act.

Corrientes: Alberto Fernández visits the area of ​​the fires and Governor Valdés said that the fire was reduced by 30%
Corrientes: it rained in several areas and hope grew that some fire sources will go out
Corrientes: 24 hours of combat with the brigadistas and the dramatic decision to save a rural school from the fire

Why did Russia decide to capture the Chernobyl plant?

The authorities largely relax their recommendations on wearing a mask