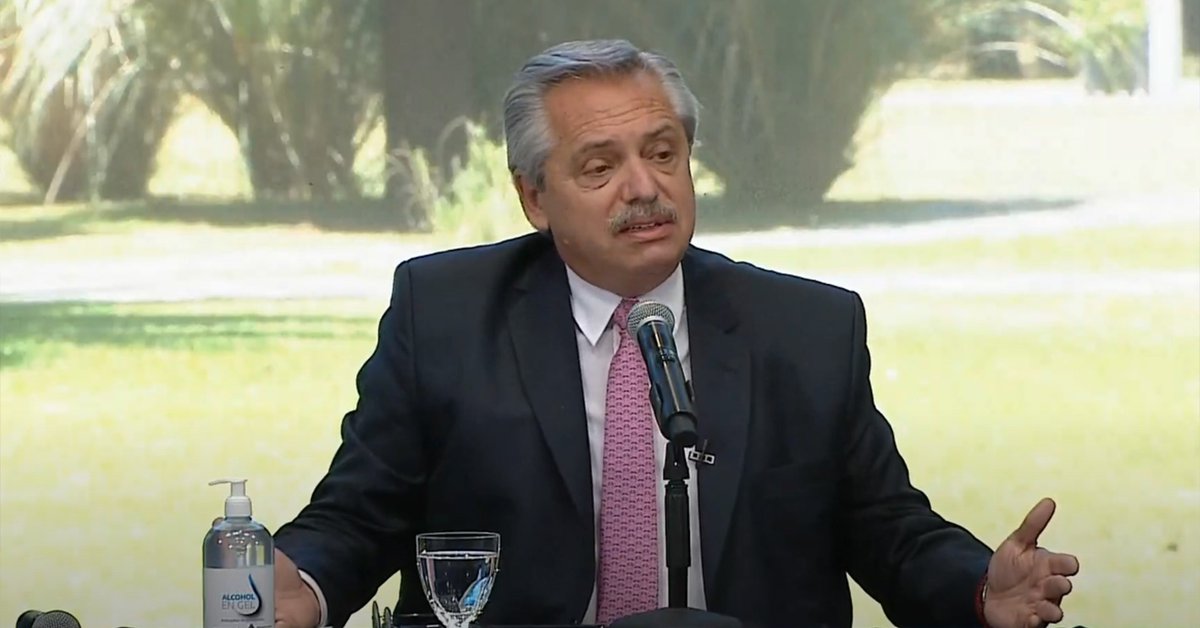 Alberto Fernández: “I saw a lot of neglect at Christmas, the coronavirus is not over”

President Alberto Fernandez He remarked today that the coronavirus pandemic in the country “is not over”, despite the arrival of the first doses of the Sputnik V vaccine and the start tomorrow of the vaccination campaign, and acknowledged that he warned “much carelessness”By the people during the Christmas festivities.

“We must continue to understand that the virus is circulating among us, I call everyone to reflect because the problem has not been overcome, neither here nor in the world,” said the head of Government, who participated in the meeting with the Buenos Aires governor, Axel Kicillof, the Minister of Territorial Development and Habitat, Jorge Ferraresi, and the mayor of Quilmes, Mayra mendoza.

In addition, and within the framework of the announcement of a housing project that includes the Buenos Aires municipalities of Avellaneda, Quilmes, Berazategui and Florencio Varela, he pointed out: “If being a populist is thinking about those who have the least and need the most, then I am a populist. Put the title you want ”.

Along these lines, he assured that “the word ethics is very important” for him. “This is the government of ethics; by our political ethics we are doing this. It is the ethics of all of us, that we enter politics to embrace those most in need and give a voice to those who do not have a voice ”.

In the same sense, he considered that “merit works if we give everyone equal conditions. If the minimum of conditions is not given, the merit is not enough. That is definitely so. “

On the other hand, Alberto Fernández recalled the health and population situation of Villa Azul, the settlement shared by Avellaneda and Quilmes and which was preventively isolated at the beginning of quarantine.

“The pandemic also allows us to do things differently and review what has been done, and do correctly what was done wrong,” he said, adding that he no longer wants to “divide the fate of Argentines according to the president that touch him ”, remembering that the settlement was urbanized in Avellaneda and not in Quilmes.

In another passage of his speech, the President indicated that “the most forgotten sectors of Argentina understood the situation of the pandemic. Perhaps they felt that someone was helping them take care of their health. I have eternal gratitude to those neighborhoods because we did not know how to get out of the problem that arose and we could only trust you ”. “I have gratitude for the people in the neighborhoods in need,” he concluded.

The meeting was also attended by the Chief of Staff, Santiago Cafiero, the mayors of Avellaneda, Alejo Chornobroff; from Berazategui, Juan Jose Mussi; and Florencio Varela, Andres Watson. Also the Ministers of the Interior, Eduardo de Pedro; of Public Works, Gabriel Katopodis, and Social Development, Daniel Arroyo, among other national and provincial authorities, who signed the adhesion agreements to the “Own House – Build Future” Program for the construction of more than 3,000 homes.

The Program is a federal territorial and urban development policy with a comprehensive perspective that seeks to improve habitat access conditions through access to 264,000 housing solutions throughout the national territory.

See Also:  the Puy du Fou will limit its number of spectators

In relation to the vaccination campaign, during this Monday the distribution to the provinces is carried out and tomorrow a part of the population will begin to be inoculated. 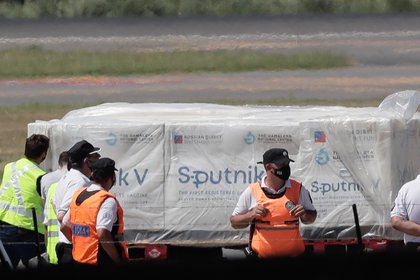 Operators unload, on December 24, 2020, from an Aerolineas Argentinas plane the first containers of the Russian Sputnik V vaccine against covid-19, at the Ezeiza Airport (EFE)

According to the strategic plan informed by the Government, and due to the “gradual availability of vaccine doses”, an order of priority was established of the population groups to be vaccinated in each of the stages based on a “bioethical framework based on the principles of equality and dignity of rights, equity, social benefit and reciprocity”.

To establish the priorities, “the risk of developing serious illness and complications from COVID-19, the probability of greater exposure to the virus, the need to mitigate the impact of COVID-19 on the performance of socio-economic activities and the possibility of influencing the transmission chain ”.

Thus, in a first stage, vaccination will be for health workers (those who perform functions in intensive therapies, in Intensive Care Units) and those over 60 years of age.

Fauci noted that everything indicates that Pfizer and Moderna’s COVID-19 vaccines will be effective against the new strain.