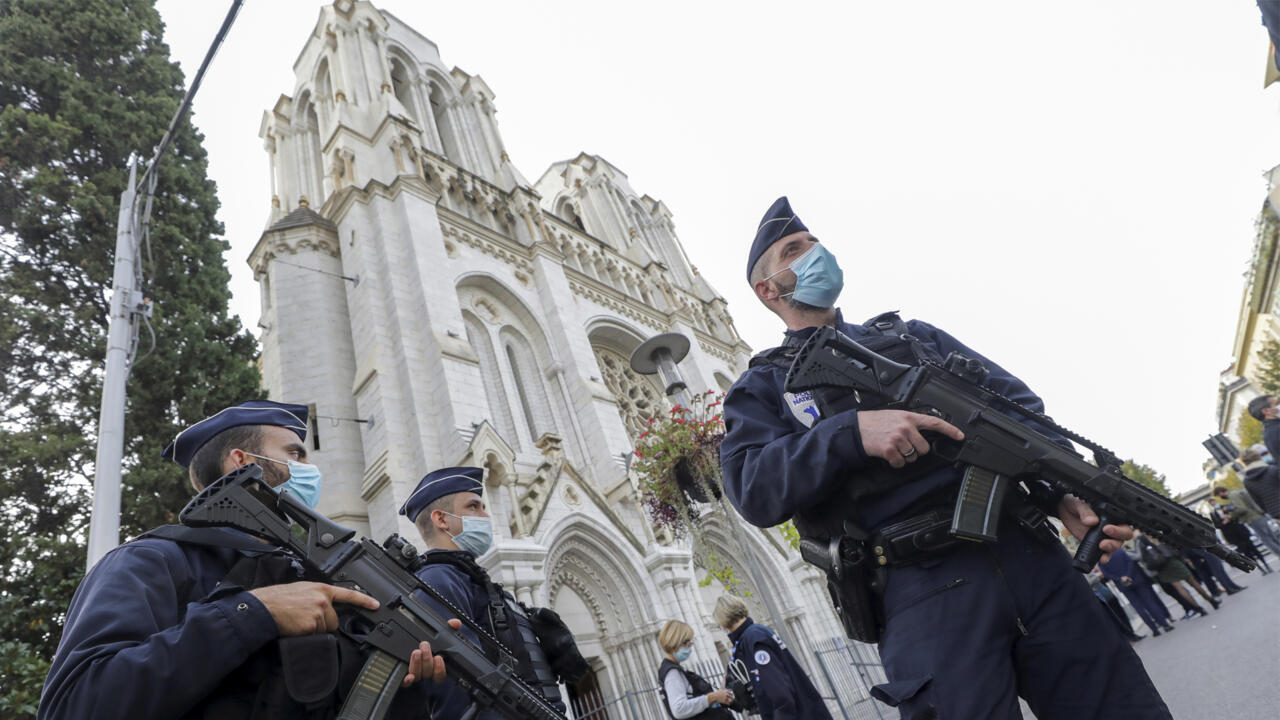 Toussaint 2020 : Covid and Islamist terrorism
The Islamist stabbing attack on Thursday, October 29, 2020, in the Notre-Dame de l’Assomption basilica in Nice killed three people: two women and a man. This triple murder with a knife is reminiscent of that of Father Jacques Hamel in July 2016.
This attack comes less than two weeks after the beheading of Samuel Paty and seven days after President Macron’s homage to the teacher in which he declared that France would not renounce the cartoons. Phrase that sparked a wave of demonstrations in the Arab-Muslim world as well as a call to boycott French products. On this cultural battle opened in 2015 with the attack against the editorial staff of Charlie Hebdo concerning the cartoons of Muhammad: Mohammed Colin, director of SaphirNews, online daily on the Muslim side ; Joseph Maïla, specialist in international relations and Islam. Former director of Religions Department and the Prospective Department at the Ministry of Foreign Affairs. Teacher at Essec.

In partnership with the daily La Croix: “The cemetery: a place that helps the living”. Report by Élodie Maurot.
On All Saints’ Day, 34% of French people say they systematically go to a cemetery where a loved one is buried. Maintaining the memory, praying, recharging your batteries: the cemetery is a meeting place with our dead, it is a place that helps the living.
The All Saints’ Day dossier Pilgrim recalls the need for rites of the French when a number of funerals during the period of the first confinement were avoided. It also highlights the evolution of funeral practices linked to the desire to reconnect with nature: Marie-Yvonne Buss, editor-in-chief of Le Pèlerin.

Guest of All Saints’ Day: brother Jean-Pierre Longeat, Benedictine monk of the abbey of Saint-Martin de Ligugé, for his book of interviews with the journalist Monique Hébrard In the footsteps of the afterlife (Salvator).