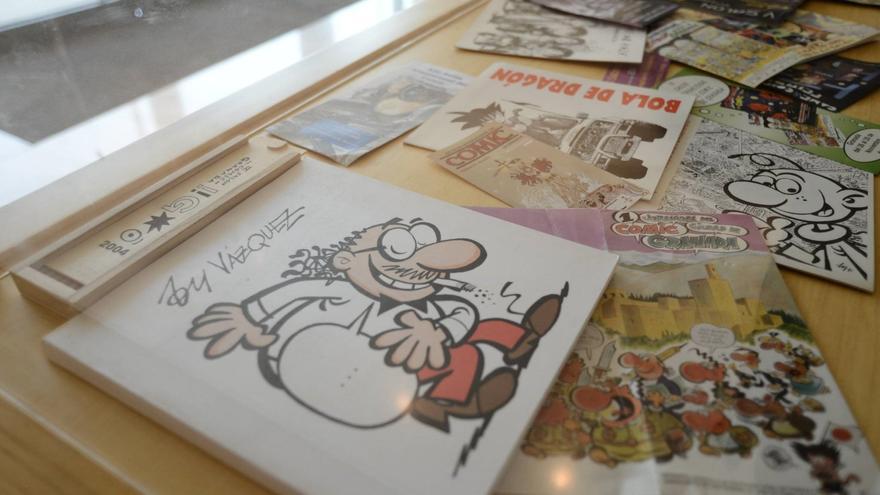 An archive image of the Granada International Comic Fair.
EP

Josep Maria Beà, Luis Bermejo, Enrich, José González or José Ortiz are some of the authors of spanish horror comic that will have a tour in an exhibition framed in the Comic Fair of Granada from next Wednesday.

The exhibition, which will remain open at the Caja Rural Granada exhibition gallery until October 22, brings together 50 originals by the best Spanish horror comic artists of the seventies. Illustrators of the stature of Josep Maria Beà, Luis Bermejo, Adolfo Buyla, Enrich, Luis García, José González and José Ortiz.

All of them owned by Jaume Vaquer, one of the largest private collectors in Europe, according to Caja Rural.

Vaquer explains that if during the 70s the phenomenon called ‘Fantaterror’ occurred in Spanish cinema, films of a genre that had not been lavished much until then and with an eye on the international market, something happened in the world of comics similar.

One of the best career opportunities for the Spanish cartoonists of those years was working for the American market.

And although there were comics of many genres, the Spaniards seemed “almost subscribed” to the stories of terror of the DC or Skywald collections, but, above all, for Warren, the mythical publishing house where dozens of local authors visited thanks to Josep Toutain’s Illustrated Selections agency.

The exhibition brings together several complete stories of these cartoonists, some of them historical, such as that of Luis García, plus some pages of well-known characters of the genre such as Vampirella or Pantha.

It also includes the attempt to create its own magazine, ‘Drácula’, by Burulan, a publication that tried to get out of the molds of the genre and that managed to have an edition in other countries.