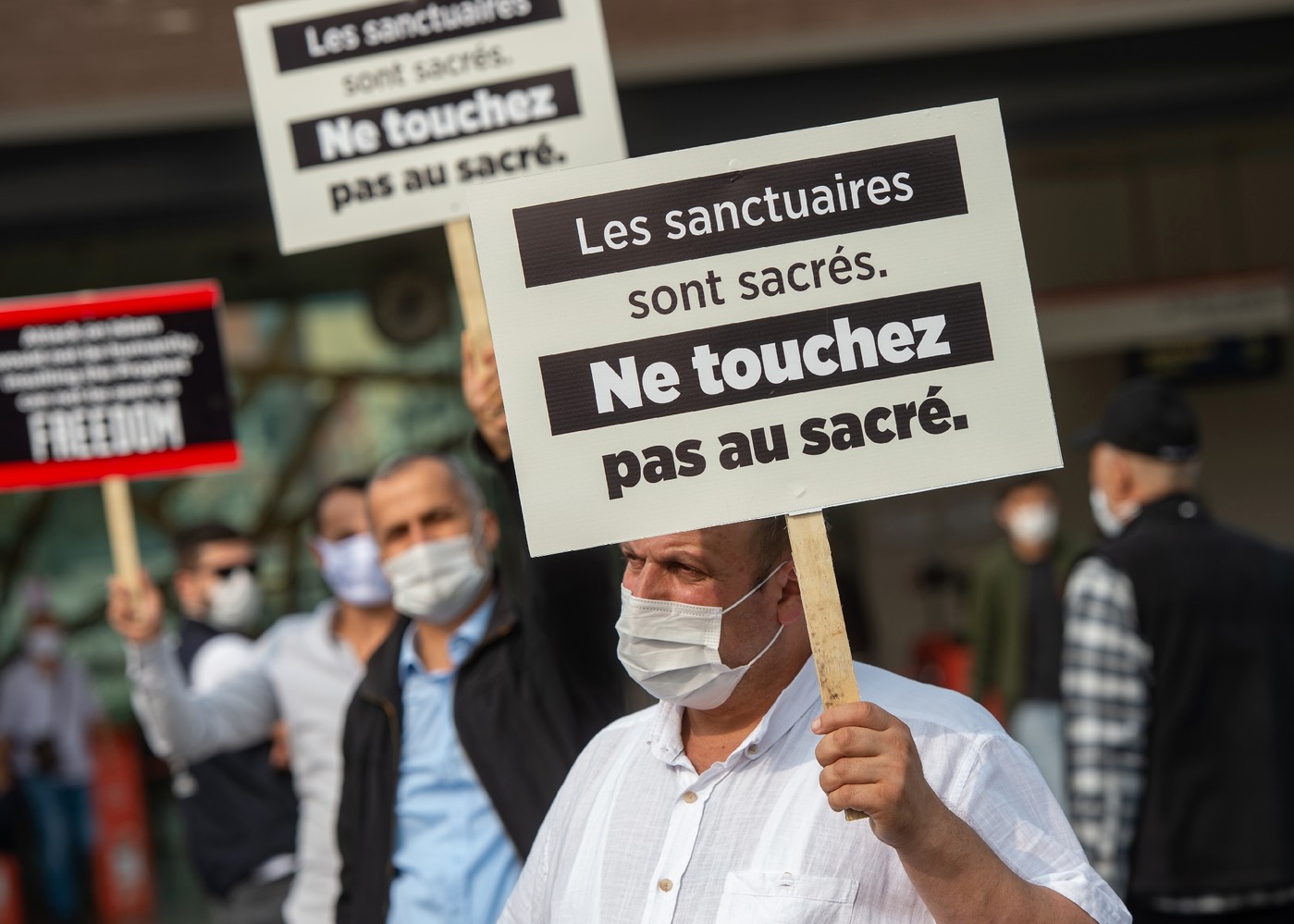 Turkey announced on Wednesday October 28 that it would take measures ” judicial and diplomatic »After the publication by the French satirical weekly Charlie Hebdo from a caricature of President Recep Tayyip Erdogan.

« The necessary legal and diplomatic actions will be taken against said cartoon ”, Declared the direction of the communication of the Turkish presidency in a statement in French, in a context of increasing tensions between Ankara and Paris. The Ankara prosecutor’s office announced shortly after the opening of an investigation against the leaders of Charlie Hebdo.

→ ANALYSIS. Erdogan poses as a defender of “oppressed” Muslims

The French satirical magazine published Tuesday evening on social networks the front page of its latest issue, on which, under the title “In the private sector, he is very funny”, a caricature of Erdogan in his underwear, beer à la hand, which lifts the dress of a veiled woman, exclaiming: “Ouuuh! The Prophet ! “

A representation of the Turkish leader who aroused the ire of Ankara. The Turkish Presidency condemned with ” the greatest firmness ” this ” abject caricature “Which reflects, according to her, a” hostility against Turks and Islam ».

These new tensions come in a context of diplomatic crisis between Turkey and France, two NATO member countries with turbulent relations. Monday, October 26, Erdogan thus called on his fellow citizens to boycott French products, a few days after Paris recalled its ambassador to Ankara after the Turkish head of state questioned the ” Mental Health From his French counterpart.

Turkey accuses French President Emmanuel Macron of having expressed support for the freedom to caricature the Prophet Mohammed, during the tribute to Samuel Paty, killed for showing caricatures of the prophet in class during a course on freedom of expression.