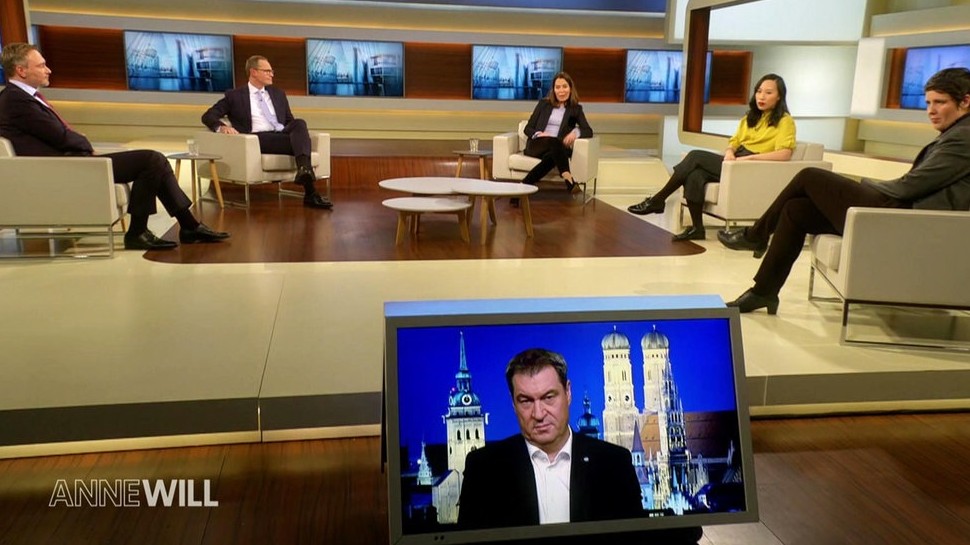 What are these scenes in Taiwan? A dense crowd, without masks, without any distance, pushes through the capital Taipei and dances and laughs and possibly drinks alcohol. In November 2020. The Gaypride Party produces pictures that can be seen in Europe on Christopher Street Day, uh, were. The eyes get big, the sadness too. You can’t help envy the people there. They lead a completely normal life, it seems, there are even mass events. While we are no longer allowed to go to a restaurant in Germany. Not to mention a dance in the crowd.

The talk show Anne Will continues on Sunday evening with “Between loosening and tightening – how sensible is Germany’s strategy?” an expected topic. But manages to add a different perspective to the current discussion in the country. Many countries in Southeast and East Asia have found ways to get the corona pandemic under control and, above all, to keep it under control. So it is interesting to know exactly how this works and whether there are also paths that Germany could take.

Vanessa Vu thinks: yes. She is the daughter of Vietnamese immigrants, born in Lower Bavaria, and works as a journalist for the time. She calls the German debates cynical, after all, according to her information, a person currently dies of or with Covid-19 about every three and a half minutes. In Vietnam, for example, there is a collective effort, everyone makes their contribution. “There is no complaint: I need firecrackers, I need my soccer games and I need this and that. Rather, you limit yourself voluntarily in order to enable a more liberal situation for everyone.”

When comparing with other countries, questions arise

In Vietnam, between five and 20 newly infected people are currently counted every day. For comparison: In Germany with slightly fewer inhabitants there are between 14,000 and 24,000 newly infected people per day. That is why parties are allowed in Vietnam, the karaoke bars are full, large families meet and eat together. “My uncle opened a shop two days ago, it was jam-packed and people were looking at their clothes. Life there is very, completely different,” says Vu. She even advocates a temporary suspension of fundamental rights in order to finally push back the virus.

Now, when comparing it with other, distant countries, questions arise. According to mentality, according to cultural history, according to the positioning of the individual in the community, for example. The show could not do this. Audray Tang, software developer from Taiwan and responsible for the digital strategy in the corona crisis there, gave an impression. If you enter the state (the island location makes a lot easier here), you have to show a negative corona test and then still be in quarantine for 14 days. This is strictly monitored. Tang explains: “We make sure that people are isolated. Either in the hotel where they stay locked up. Or at home.” There they could be located on their phone with the help of a kind of digital fence. The people in quarantine received around 30 euros a day from the state, but whoever broke the rules would pay back 1000 times more as a fine.

One wonders what Christian Lindner has to say about it. He even sits in the studio, but says surprisingly little that evening. The head of the FDP has been trying for months to somehow get a foothold in the debate and is always railing against the restriction of fundamental rights or a hard lockdown. But the really eloquent Lindner has little to offer on this evening, apart from taxi vouchers and reserved times in supermarkets for risk groups. He has to watch as Viola Priesemann dominates the discussion with him.

The physicist is studying the spread of the virus at the Max Planck Institute. And she’s noticeably angry. First, she dismantled Lindner’s proposal to limit virus protection to the so-called risk groups. (If you include all people over the age of 60 plus people with previous illnesses and overweight, you get more than 27 million). This is not possible with such a high number of cases, explains Priesemann. Since the health authorities can no longer keep up, there is also a high number of unreported cases who do not know that they are infected and carry the virus to the elderly, the sick or the disabled.

Towards the end of the program Priesemann is almost loud: “I would now like to use everything we have so that these case numbers go down. So that the freedoms are back afterwards.” She asks whether they really want to have a lockdown light over the next four months, which is no fun either. “It’s attainable, it’s doable. And all we have are kind of fights that go pseudo against each other.” She means politics. Lindner fell silent a long time ago. Quite the opposite of Markus Söder.

The Bavarian Prime Minister ennobles Priesemann – her analysis is brilliant. The professional charmer from Munich sees himself confirmed in his tough course, he is in top form. When asked why there were no Asian conditions here, he replied: “We just argue too much.” There is a uniform philosophy that is applied. Point. While every single measure has to be justified in umpteen discussions. In addition, the danger of the virus is constantly being downplayed. “I don’t know now whether there are lateral thinkers in Japan,” he asks cunningly – a swipe at the demonstrators who have been very public in this country in recent months. “It tries to make people mad with conspiracy theories.” That undermines the willingness to participate.

You don’t always have to take Söder that seriously

Even ten-hour meetings of the prime ministers are not “subject to amusement tax”, explains Söder, because you get from one hundredth to one thousandth there. Everyone is looking for a loophole and still wants to leverage something. Söder pretends to be a knight who is thwarted by the rest. The governing mayor of Berlin, Michael Müller (SPD), has no choice but to grin broadly.

You don’t always have to take Söder that seriously. And in addition to many vague statements, Müller still has the only conclusive argument to offer against a renewed, strict lockdown: Countries such as France, Spain and Italy have implemented this a few times and brought the numbers down at short notice. But in the long term that was no guarantee of permanently low numbers. Europeans think differently than Asians in some things. Apparently not to their advantage in the event of a pandemic.