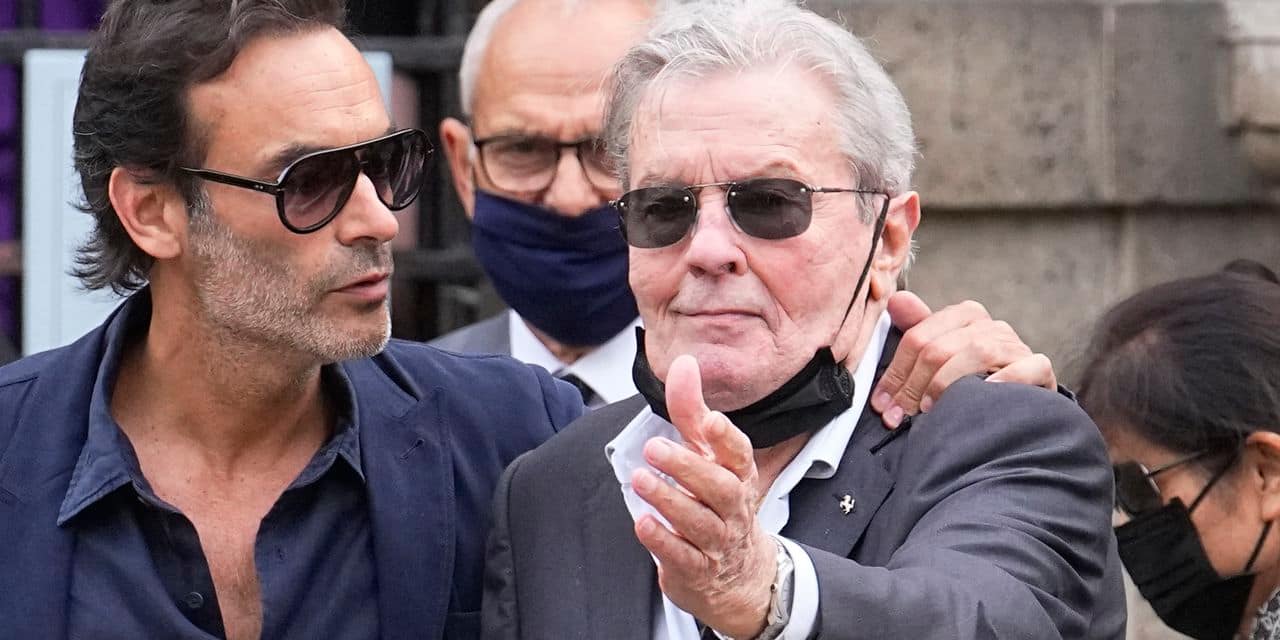 Alain Delon’s eldest son, Anthony Delon, has just published an autobiographical book entitled Between dog and wolfpublished by Le Cherche midi. Tele-Leisure reveals extracts that send shivers down your spine. “Fourteen months ago, my father had a stroke that took away half of the man he was.” So begins Anthony Delon’s book about his father. “At 84, the hero of my childhood gave up his arms…”

The son of the sacred monster of French cinema then gives examples of the violence suffered by his father, especially at the table. “Seized with a sudden rage, he grabbed my plate and threw it out the window., can we read. Sent to his room, Alain Delon joined him with a leather whip and the blows rained down. “Even my dogs, I don’t hit them with this whip.” Another example is when he forced his 12-year-old son on a 25-minute forced march in the dark winter night.

At 16, after a chaotic schooling, Anthony Delon asks to leave his father’s home to join his mother Nathalie Delon. Except that the star first demands a passage before the judge of family affairs. Sitting between his father and his mother, Anthony claims to want to live with his mother. “I barely had time to finish my sentence when my father, as if his buttocks were compressed by a spring, jumped at my throat, knocking me backwards with my chair. still hear my mother crying: ‘Alaiii in !’ , coming to grab him by the shoulders to pull him back as he squeezed my throat, preventing me from breathing. The judge in turn stood up: ‘M. Delon, calm down voyons. ‘ “

Dortmund beats Mainz and closes the gap to Bayern