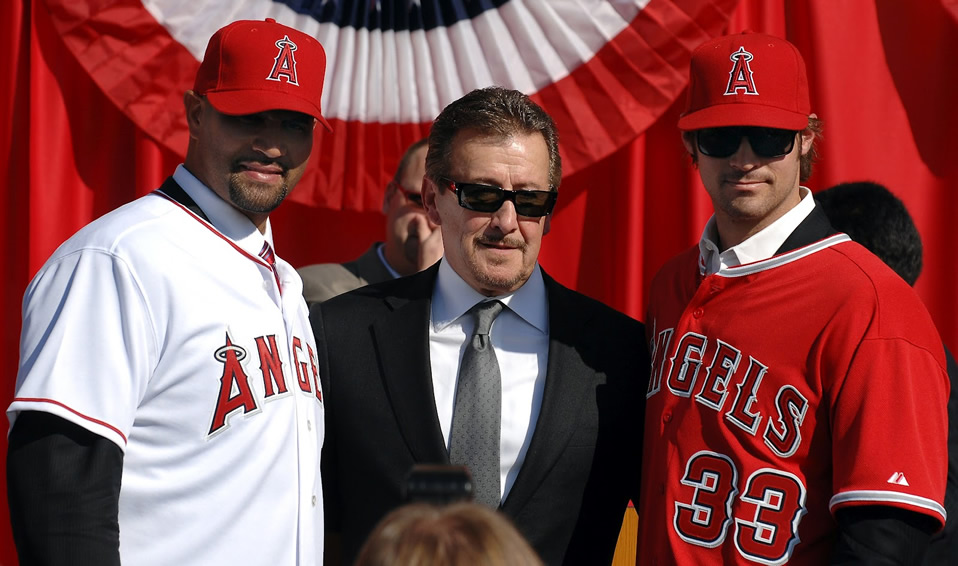 Major League Baseball has Latin blood, but not only on the field, with the players, but also in the offices of the teams. And that presence is found at practically all levels, included in the site that says: Team Owner (owner of the team).

There it is possible to find that among the 30 MLB owners there is a Mexican American: Arturo Moreno. The owner of the Los Angeles Angels of Anaheim was born in Tucson, Arizona, the son of Mexicans. In that city he grew up and studied to later be drafted into the United States Army and fight in the Vietnam War in 1968. Upon returning, he enrolled at the University of Arizona, where he obtained a Bachelor of Marketing degree in 1973.

Baseball was always Arturo’s favorite pastime, Well, he never missed a Wildcats game, the University of Arizona team and he was also aware of the Dbacks meetings.

Your taste and talent for marketing, led him to buy a minor league team in 1986, the Salt Lake Trappers, this with the help of 17 other investors. By 1992 the team turned out to be a financial success because of the great work that had been done. Following this result, Arturo began with his dream of buying a Major League team and signed up to seek to have his home state team, the Diamondbacks. In 2001 he tried to buy them with a majority stake, but could not reach an agreement.

This was not an impediment to make his dream come true, because by 2002 he set his eyes on the Los Angeles Angels and by April 2003 the media announced that Arturo Moreno had reached an agreement with “The Walt Disney Company”, to purchase the equipment for $ 180 million.

On May 15, 2003, Bud Selig (MLB commissioner at the time), announced that the sale of the Anaheim equipment it had been approved to Moreno.

From there, the Angels franchise benefited in many ways, as its new owner bet everything on this new project. Top player signings began to be seen, more accessible prices for tickets were presented in each game, there were better contracts for all staff working on the franchise and a lot of similar moves.

By 2005, decided to change the name from “Angels of Anaheim” to “Angels of Anaheim of Los Angeles”, which attracted many more people to the baseball experience, broadening the fan scene and creating an identity with the team, which has been reflected in the box office ever since. Since Moreno joined the team, in all seasons they have exceeded 5 million fans in the stands per season. Seventh Inning