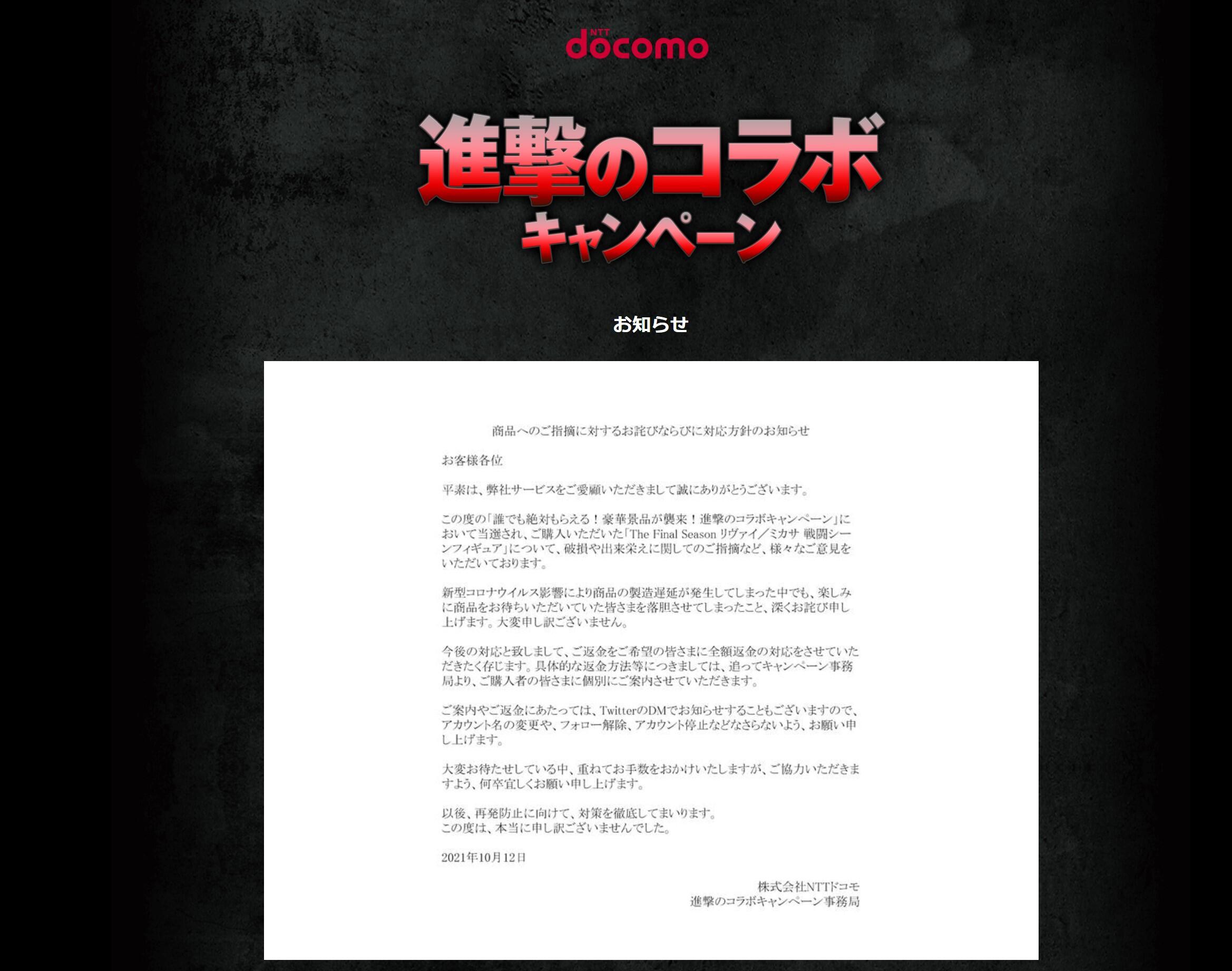 On October 12, 2021, DoCoMo announced a refund for a series of complaints from purchasers over a collaboration product with the popular manga “Attack on Titan.”

The company apologized, “We deeply apologize for disappointing you.”

Part of a promotional campaign

The product was produced as part of the “Anyone can definitely get it! A gorgeous prize has arrived! Advance collaboration campaign”.

One of the highlights of the campaign was a limited edition figure (13,000 yen including tax) of Captain Levi Ackerman, a character from Attack on Titan. 500 people will win the purchase right by lottery.

The target was 250 each of DoCoMo’s line subscribers and new subscribers (or transfers from other companies), and the campaign site advertised that “other companies’ users have a huge opportunity to transfer now.”

However, buyers questioned the completeness of the product on SNS and pointed out damage one after another, leading to protests requesting remake on the signature site. As of noon on the 13th, more than 2000 signatures have been collected.

On the 12th, DoCoMo posted a statement on the campaign site saying, “We have received various opinions such as suggestions regarding damage and workmanship,” and said, “Production delays have occurred due to the effects of the new coronavirus. We deeply apologize for the disappointment of everyone who was looking forward to the product, even though it was done. We are very sorry. ”

A full refund will be given to those who wish, and the purchaser will be notified later. “After that, we will take thorough measures to prevent recurrence.” The “Mikasa Ackerman” figure sold under the same conditions is also eligible for refund.