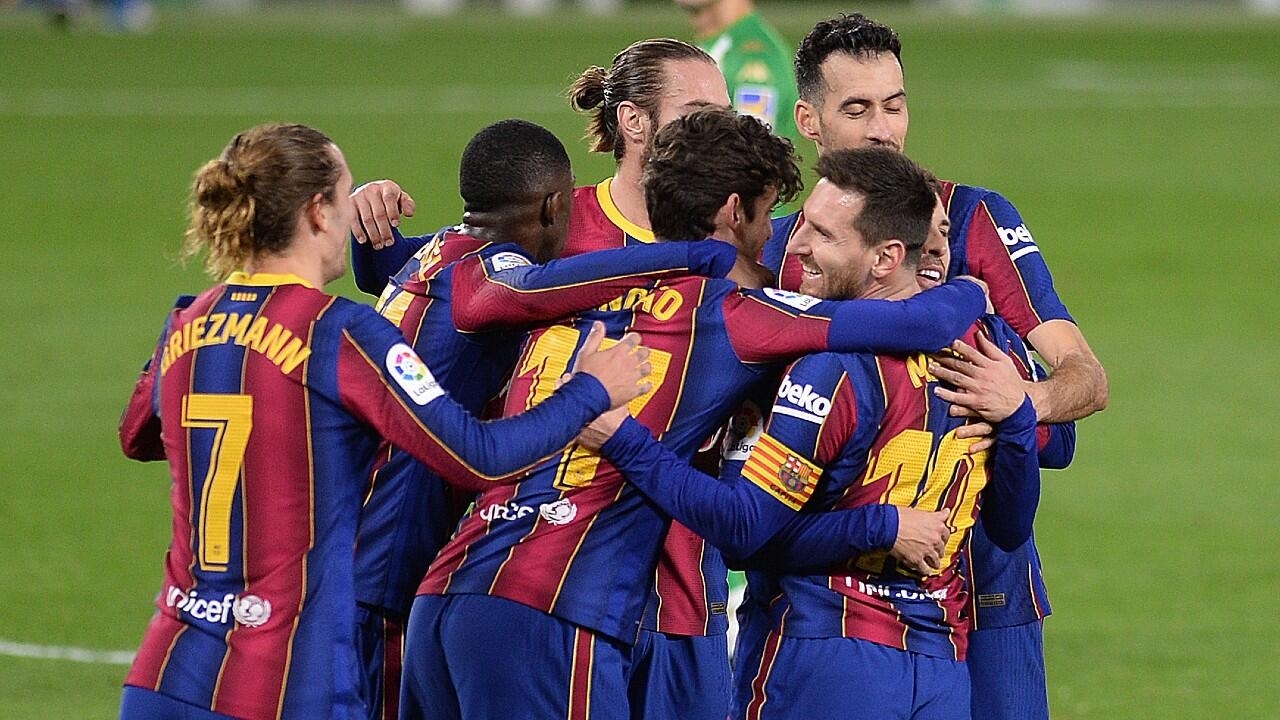 FC Barcelona, ​​with a decisive entry into play from its superstar Lionel Messi in the second half, won 3 to 2 on Betis Sevilla and thus retains 2nd place in the standings. In Italy, AC Milan took the lead, ahead of Inter and Juventus, easily beating the red lantern Crotone (4-0), thanks in particular to a double from Zlatan Ibrahimovic.

FC Barcelona, ​​who were down 1-0 at the break after Iglesias opened in the 38e minute, managed to reverse the trend against Betis Sevilla. Lionel Messi’s entry to the 57e minute changed the game, with a goal scored just two minutes later. Nine minutes later, the Catalans took the advantage on a goal against his camp of Victor Ruiz (68e). But the former Villarreal defender was redeeming himself in the most beautiful way in the 75e minute, equalizing with a header on a free kick shot by Nabil Fekir, author of a very good match. Barça, however, managed to snatch the three points of the victory on a splendid goal of the young striker Trincao, entered into play in the 57e, with a curled shot from the left in the top corner (87e). Lionel Messi and his family are now eleven games unbeaten, including nine wins, six in a row. Barcelona are second in La Liga, ahead of Real Madrid who won Saturday in Huesca (2-1). Ronald Koeman’s team, however, remain seven lengths behind the leader, Atlético, who will host Celta Vigo on Monday at the end of the day.

PSG, realistic, won the 100e Clasico on the ground of Marseille (2-0). Without being brilliant, the Parisians gave a lesson in realism to OM, to take revenge for the first leg lost in the capital. Kylian Mbappé (9e) and Mauro Icardi (24e), scorers, made us forget that Neymar started as a replacement due to gastroenteritis. Paris (3e, 51 pts) thus remains firmly attached to the podium and in contact with the leader Lille, winner in Nantes (2-0) on Sunday. Overtaken Saturday by Lyon, the Lille took back the lead of Ligue 1 by winning at La Beaujoire, thanks to a double from Jonathan David, against Nantes now barrage after this 15the match without a win.

AC Milan regained the lead in Serie A, ahead of Inter and Juventus, easily beating the red lantern Crotone (4-0) on Sunday, with the key to a double from Zlatan Ibrahimovic, who thus scored his 500e and 501e club goals. Crotone held up well for half an hour against a very restless Ibrahimovic, until the Swedish veteran showed the way by opening the scoring: an unstoppable shot from the right into the small net (30e). It was still necessary to make the break, to definitively reassure the leader of Serie A. And it was Ibrahimovic who took care of the job, while the defense of Crotone had left him alone at six meters (64e). For its part, Inter went to beat Fiorentina on Friday (2-0), then Juve had done the same, on the same score, Saturday in Turin against AS Rome.

See Also:  Special Paris-Roubaix quiz: do you know everything about the Queen of classics?

Manchester City inflicted a third defeat in a row at home on Sunday to Liverpool, crushed 4-1 and whose chances of defending their title are seriously compromised after 23 days of the Premier League. The Citizens won after a festival of defensive error from the Reds. Gundogan, who missed a penalty in the first half, was able to recover by scoring a brace in the second half at 49e and 73e minute. Three minutes later, Sterling came in to score his first goal against Liverpool since leaving. Finally, at the 83e minute, Foden came to conclude the victory with a magnificent goal. Mohamed Salah had equalized in the 66e minute on penalty. In the standings, Liverpool are fourth and are 10 points behind the leader citizen. With the return of their striker-scorer Harry Kane, Tottenham for its part returned to success by beating the relegation West Bromwich Albion (2-0), Sunday, and clings to the European wagon. In the second game of the afternoon, Leicester could not do better than a goalless draw (0-0) at Wolverhampton, despite the return of their favorite scorer, Jamie Vardy, who entered half an hour from the end. Leicester retains its 3e place with 43 points.

Friday night, Bayern Munich (48 pts) secured their backs before leaving for Qatar to play the World Club, beating Hertha Berlin 1-0 thanks to a goal from Kingsley Coman. This 20e day was one of the status quo, the top five in the standings having won. The victim of the weekend is Dortmund, the defending vice-champion in full collapse, beaten 2-1 on Saturday in Freiburg, which stagnates at the 6e up and now 16 points behind Bayern. Frankfurt, euphoric since December, won Sunday 3-1 at Hoffenheim, and after 20 days resumed fourth position in the Bundesliga, qualifying for the Champions League.

See Also:  The doubts that an ERTE generates in a football club