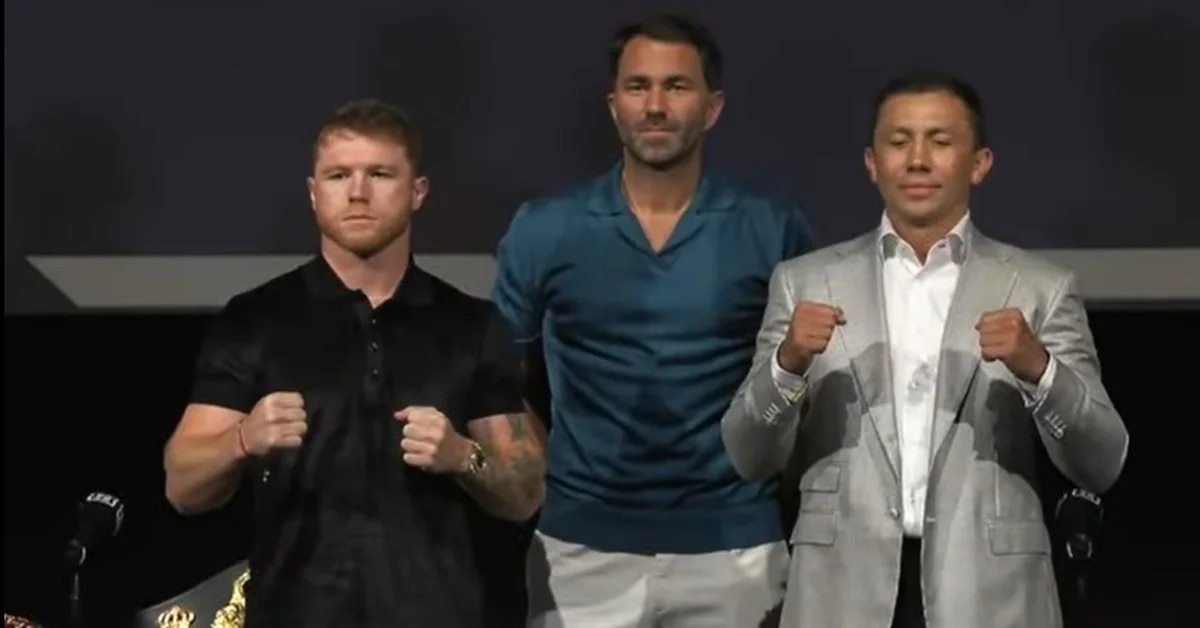 Bernard Hopkins announced that Canelo Álvarez will win the fight against Golovkin by knockout (Photo: Screenshot/MatchroomBoxing)

Boxing fans are a few weeks away from witnessing one of the most anticipated fights of the year. Saul Alvarez and Gennady Golovkin They will meet at the T-Mobile Arena in Las Vegas, Nevada, to end their sports rivalry. The protagonists will see each other’s faces after four years and, although in the two previous confrontations they staged an even duel, the legendary boxer Bernard Hopkins anticipated that the event will end by way of knockout this time.

In an interview broadcast on the YouTube channel Little Giant Boxing, the legendary monarch of the middleweight category spoke about the brawl. In that sense, he assured that it will be an interesting duel for what both boxers will be able to offer in an advanced stage of their careers, but he did not stop feel confident in Canelo Álvarezwhom he advanced as the winner by way of knockout.

“I don’t see this fight as exciting as the other two… It’s going to be interesting to see those guys who are a few years older and not young like they were. I think there will be more hits from both sides. I choose to Canelo by stoppage in the sixth or seventh round.declared before the microphones of the media.

Canelo Álvarez and Bernard Hopkins have been close since the Mexican ventured into light heavyweight against Sergey Kovalev (Photo: Ethan Miller/AFP)

The duel agreed between Alvarez and Golovkin It will have a series of parameters that will make it different from the previous two. Far from age, the boxers will meet for the first time in the 168-pound category. While the native of Guadalajara Jalisco established himself as one of the best on the circuit, the Kazakh will fight for the first time in a category higher than 160 pounds.

Given these factors, the American assured that Eddy Reynoso’s pupil will enjoy greater comfort in the ring. In this way he has the possibility of imposing his boxing style to take the reins and try body shots at close range to undermine his opponent’s defense and eventually seek victory by way of the chloroform.

“It seems that it will be a beating (of Canelo Alvarez on Gennady Golovkin). I think he will be a blow to the liver and that will happen in the first four rounds. Canelo it’s a good type of body shots that wear you down. Then the head (of GGG) will be exposed to do what you want to do, ”he declared in an interview with the media.

Canelo Álvarez and Gennady Golovkin will fight for the third time at the T-Mobile Arena in Las Vegas, Nevada (Photo: Twitter/@MatchroomBoxing)

Most experts, without underestimating his glove skills, have stated that the Gennady Golovkin’s age will be a factor against him. The 40-year-old boxer will face the Mexican, who is nine years younger and showed a steady and accurate pace before falling to Dmitry Bivol. Despite this, the legendary coach Nacho Beristan trust that the Kazakh will be able to take the victory.

“I feel that De la Hoya helped the colorín (Saúl Álvarez) a lot with the judges and now he will no longer have that support. I think he’s going to feel the pirinola now, because the Kazakh is raffled. He (Gennady Golovkin) is thinking that maybe it will be his last fight. If the other guy gets ap*ndeja, they’re going to drop it (…) It’s good, but until a certain point. I was on the corner with Julio’s son and he had no reflections. It was not a rival ”, he declared to One More Round.

GGG will move up to 168 pounds after having unified the middleweight belts against the Japanese Ryota Murata, who is also younger than him. In case of beating the Mexican, he could outline his retirement become the second undisputed champion in 168-pound history and the first born in his country.