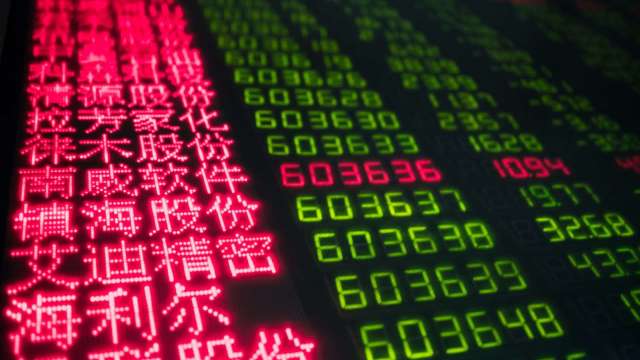 The mainland and Hong Kong stock markets fell sharply in the afternoon. According to a report by Bloomberg, the main reason was an unconfirmed rumor that US funds sold Hong Kong and Chinese assets on a large scale, causing the stocks of leading Internet giants to plummet, driving stocks in both places to fall .

Both mainland and Hong Kong stocks plunged in the afternoon. The Shanghai Composite Index closed down 2.49% today (27th) to 3,381.18 points; the Shanghai and Shenzhen 300 Index closed down 3.5% to close at a low in more than eight months. The Hang Seng Index fell more than a thousand points, closing down 4.22% to 25,086 points.

Other markets were also hit in the afternoon. China’s 10-year government bond active bond yield rose by about 7 basis points, and the same maturity bond futures fell 0.4%.OffshoreRenminbiAgainstDollarIt fell 0.6% to 6.52 and fell below 6.5 for the first time since April.

Li Kunkun, head of trading and strategy at Guoyuan Securities, said that there is a widespread rumor in the market today that US funds are dumping Hong Kong and Chinese assets and that the US may restrict US funds’ investment in Hong Kong and China.

“Although the rumors have not been confirmed, the market is worried that foreign capital will flow out of China’s equity and bond market, and market sentiment has been hit hard.” Li Kunkun said.

The spokesperson of the Chinese Ministry of Foreign Affairs said today when senior Chinese and American diplomats met in Tianjin a few days ago that the talks were constructive and the United States needs to seriously consider the next direction of Sino-US relations and make the right choice. The market is also worried about the future direction of Sino-US relations.

(This article is not open to partners to reprint)