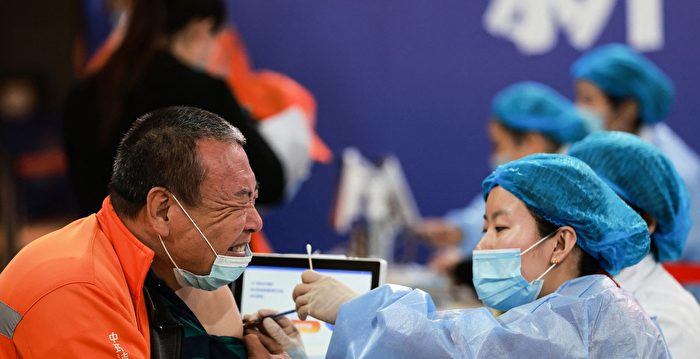 [Epoch Times June 27, 2021]Recently, the world hasChinese Communist virus（New coronal disease, COVID-19) tracing research has produced three new discoveries: the earliest discovery of the new coronavirus in China should be at least two months earlier than currently known, and the time for the virus to spread globally may have occurred before the lockdown of Wuhan; The first emerging new coronavirus showed amazing adaptability to the human body, and the possibility of laboratory leakage cannot be ruled out; the destruction of the earliest virus samples by Chinese experts is considered to be new evidence trying to cover up the source of the virus.

These three studies were carried out by the University of Kent in the UK, Australian scientists and American scientists.These conclusions they reached are obviouslyNew coronal diseaseIt is very unfavorable to dump other countries on the source.

British study: The outbreak is about two months earlier than the current time announced by the CCP

Researchers from the University of Kent in the United Kingdom calculated through the model that the earliest time for the emergence of the new coronavirus is from early October to mid-November 2019. The most likely time for the virus to appear is November 17, 2019, and in January 2020, the new crown virus has spread to the world.

This research was published in the international academic journal “Public Science Library-Pathogens”.

The number one case of virus infection announced in China was in December 2019, at the South China Seafood Market in Wuhan. However, some early cases have shown nothing to do with this seafood market, which means that the new crown virus has already spread elsewhere before it reaches the seafood market.

WHO and Chinese experts admitted after the investigation in Wuhan in March this year that before the outbreak in Wuhan, there may have been sporadic cases of infection in other places.

Jesse Bloom, a virologist at the Fred Hutchinson Cancer Research Center in Seattle, USA, stated in a paper published this week that some of the early cases requested by Chinese experts to be deleted The virus sequencing data has been restored. The data shows that the virus samples from the South China Seafood Market cannot fully represent the new coronavirus. They are just a variant of the parental sequence that spread earlier, and this variant has spread to other parts of China at that time.

Critics say that the destruction of samples is a new piece of evidence that China is trying to conceal the source of the new coronavirus.

Reuters quoted Harvard University Broad Institute researcher Alina Chan as saying, “Why do scientists ask international databases to delete key data that tells us how the virus broke out in Wuhan?”

Australia’s new discovery: the possibility of laboratory leaks cannot be ruled out

Another study conducted by Australian scientists found through genomic data that the new coronavirus can bind to human receptors more easily than other types of viruses, indicating that the virus has adapted to humans when it first appeared.

Such research by Australian scientists was published in the journal “Science Reports” published on Thursday.

This study shows that there may be another animal host that has not yet been determined that is closer than the human recipient, but the hypothesis of laboratory leakage cannot be ruled out.

(Transfer from Voice of America)