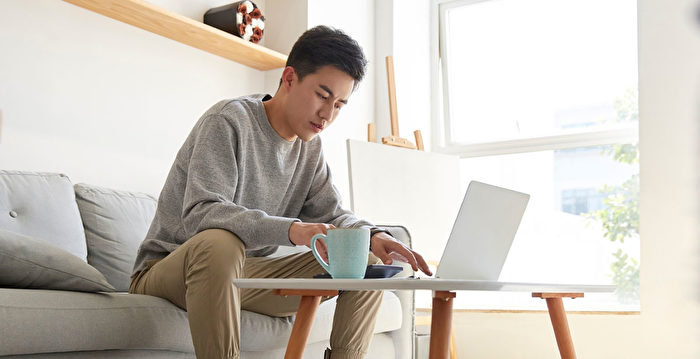 sedentaryhas become a global epidemic. There is such a muscle in the body: its weight only accounts for 1% of the body weight, but as long as it is exercised, it can burn blood sugar and blood lipids in the blood, reduce the effects of prolonged sitting, and consume energy similar to walking.

sedentaryLack of exercise is the 4th leading cause of human death

Sitting for long periods of time is a common problem in modern lifestyles. Whether it’s because of the demands of the nature of work or a change in lifestyle, people are sitting more and more long. In 2012, The Lancet made it clear that physical inactivity and sedentary behavior are another “epidemic” in the world.[1]。

Trends survey shows that from 2007 to 2016, people’s self-reported daily sedentary time increased by an average of about 1 hour[2].Data from the U.S. National Health and Nutrition Examination Survey and a meta-analysis of systematic reviews suggest that adults’ average daily sedentary time may actually be much higher than self-reported estimates, ranging from 7 to 11.5 hours.[3][4][5]。

Inactivity increases with age, is higher in women than men, and is more severe in high-income countries[6]。

Marc Hamilton, a professor of health and human performance at the University of Houston, and his team just published a groundbreaking discovery in iScience[11]。

on our calvessoleus muscle, although the weight is only about 1kg, accounting for only 1% of the body weight, but it has magical abilities.If exercised correctly, it can burn a lot of blood lipids and blood sugar, leveraging the body’s oxidationmetabolism.And this high level of burning can last for hours[12]。

Normal muscles usually get energy by breaking down glycogen.andsoleus muscleIt relies less on glycogen and more on fat and sugar for energy, which makes this muscle a great boost to the body’s metabolism.

“We never thought this muscle had this ability,” Hamilton said.

The soleus muscle of the human lower leg is a flat, long muscle in the shape of a soleus.

It runs from the back of the knee to the ankle and joins two other muscles to form the triceps of the lower leg[13].The soleus has the largest physiological cross-sectional area of ​​the calf muscle and provides up to 71% of the calf triceps strength[14]it also allows us to maintain a standing posture[15]。

It has curved capillaries that constrict relatively slowly and is fatigue-resistant. In the soleus muscle, the majority are slow-twitch fibers, with an average ratio of 80%. In contrast, the average proportion of slow-twitch fibers in the adjacent gastrocnemius and vastus lateralis is about 57%[16][17]。

Sometimes our sedentary behavior may be unconscious, but more often we cannot help ourselves, such as needing to work at a desk or recuperating due to illness, or the mobility of the elderly or the disabled has deteriorated, making it impossible for us to be independent and stable. walk.

Hamilton designed a special exercise for the characteristics of the soleus muscle – the soleus push-up, which provides a new solution for people who want to change the bad habit of sitting for a long time and it is inconvenient to get up and move.

In Hamilton’s experiment, subjects were divided into two groups, and they each drank a liquid containing 75 grams of glucose. One group was mostly meditating, while the other group kept doing flounder push-ups. In the following three hours, by testing related indicators, the researchers found that those who did the flounder push-up greatly improved glucose homeostasis, reduced postprandial blood sugar fluctuations by an average of 52%, and reduced hyperinsulinemia by an average of 60%.[18]。

In another Hamilton experiment, subjects who did flounder push-ups spent 2.25 times more energy overall than the sitting group.

Moreover, the body’s oxygen consumption in the flounder push-up group was more than twice that of the sitting group. This is because flounder push-ups apparently consume a lot of fat and sugar in the blood.

Therefore, compared with the sitting group, the people who did the flounder push-up group also had significantly lower blood triglycerides.

And, overall, doing flounder push-ups has a smaller range of motion than walking, but the energy expenditure is close to walking.

This is because the soleus muscle can use oxygen directly to burn fat and sugar in the blood instead of breaking down glycogen for energy.

It can be said that the movement of the soleus muscle is like a lever, and relying on a small fulcrum, it can improve the metabolism of the whole body.

How to do soleus push-ups?

The soleus push-up is actually very simple, just do a seated heel raise:

1. Sit with your feet flat on the floor, shoulder-width apart, and relax your muscles; your knees can naturally be at a 90-degree angle or less.

2. Lift your heels up while the fronts of your feet still touch the ground and stay still.

2. After the heel reaches the highest point, it naturally falls and touches the ground.

This is a full soleus push-up, which allows this muscle to contract effectively.

It is worth noting that when we take the seated position, our knees are bent about 90 degrees, and at this time the heel is raised, the gastrocnemius muscle on the calf is almost inactive, and the load is almost entirely carried by the soleus muscle[19]. In this way, the soleus muscles get the most efficient exercise.

The researchers also explained that while the soleus push-up looks similar to walking, the mechanism of the exercise is the opposite – due to the structure of our bodies, walking minimizes the use of soleus energy, i.e., the use of the soleus muscle is precisely the opposite. is the least. The researchers designed this movement to reverse the fact that the soleus muscle consumes less energy when walking, so that it consumes as much energy as possible.

Living in a chaotic world, with a healthy mind, just seeHealth 1+1！

· Say goodbye to neck and back pain!Just 2 simple steps

· Fatty liver is not fat!Do 2 things a day to reverse fatty liver

· These Vegetables Build Muscle Strength Even Without Exercise

CD Projekt announced that it will create a new “Witcher” series, “Electric Rider 2077” will continue to work

After obliterating the logo, a new Danish move in protest against the World Cup in Qatar