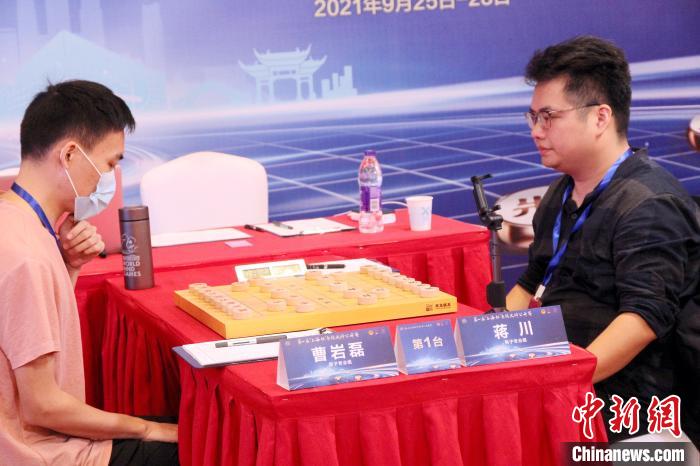 In the cross-elimination match yesterday afternoon, Cao Yanlei and Jiang Chuan passed a playoff blitz to win Shen Peng and Wang Tianyi respectively, and joined the finals. In the first game of today’s final, Cao Yanlei took the lead against Jiang Chuan. He continued to adopt the layout of the Chinese artillery that defeated Shen Peng yesterday. Jiang Chuan chose to grab seven pawns and avoid the three-pawn system. Cao Yanlei thought for a while, and then jumped up his left horse after he swung the cart across the river. The two sides formed the classic battlefield of the Chinese artillery cart and the seven-way horse against the screen horse and the two-headed snake. Black was well prepared, and the layout of the red side could not be taken advantage of. After a big exchange in the middle game, the horse artillery versus the horse artillery pawns, and the black side had a slightly better position in the endgame. After a slight entanglement, the two sides retreated from Mingjin.

In the second game, the two sides changed to play extra games first. Jiang Chuan also set up a position of entering three soldiers from the middle artillery, and the two sides moved quickly. In the middle of the game, the red side was ingenious. The red artillery repeatedly aimed at the black bishops in the third and middle lanes. The black side was under pressure to deal with poorly, and the red side gained the advantage. An endgame in which the horses, guns, and soldiers are full and the red side force is in an excellent position. However, due to time constraints, the red side suddenly made a calculation error and was killed by the black side, and then the black side horse was caught to death by the red side. Endgame. Although the red team was about to win the 190 round after a long period of fierce battle, it has already exceeded the number of rounds naturally occurring in the 50 rounds. After facing Shen Peng yesterday, Cao Yanlei once again escaped with tenacious willpower and dragged the suspense of the championship into super fast chess. 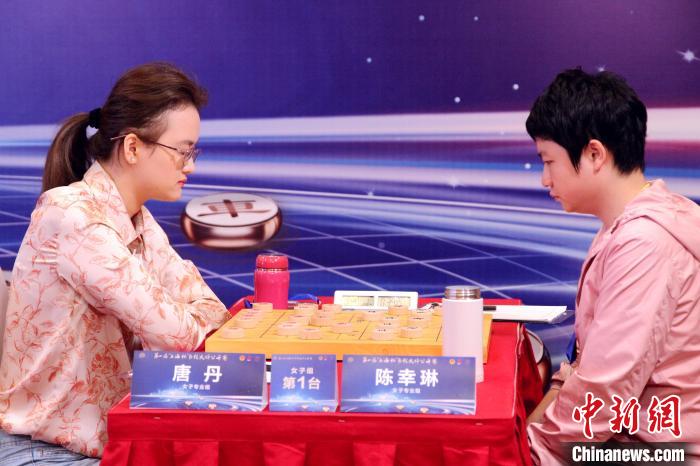 In the fourth round of the final, a play-off will be taken. The red side will take 6 minutes and the black side will take 4 minutes. Each move will add 3 seconds, and black will win with a draw. In the play-offs, both sides draw lots to determine the hands of the play-offs. Jiang Chuan draws a lot of points and chooses to hold the second hand, as long as the top tie can win the championship. In the life-and-death battle, Cao Yanlei adopted the best way to guide the immortals, and Jiang Chuan should fight his pawn. Because Cao Yanlei must win to win the championship, the red team jumped to the horse Panhe in the 5th round, intending to win by surprise. The black side was short on time and failed to think carefully about the opening, which gave the red side a big advantage. The black side tried to simplify the situation as much as possible, and after some exchanges, an endgame was formed in which the three soldiers of the red car and guns were all against the black side of the two soldiers and the guns. At first glance, it seems that there is only one more soldier, but the red side artillery town middle road, the car locks the door, and there are river soldiers participating in the battle, the situation of the black side is not optimistic. Sure enough, the red car blitzed the black veteran to the second floor, and then took advantage of the poor position of the black car to rush into the 9th house. It was difficult for Black to defend and unfortunately lost. In the end, Cao Yanlei defeated Jiang Chuan in the playoffs to win the championship after 4 sets of battles, and Jiang Chuan won the runner-up.

In the professional women’s team, because Tang Dan had a small lead before the game, he could win the game as long as he was undefeated. Therefore, Tang Dan did not provoke a war in this game. Although Black was in a slightly better situation, he failed to make a breakthrough. In the end, Tang Dan drew with Chen Xinglin and successfully won the championship. Wang Linna and Zuo Wenjing won the runner-up and third runner-up respectively.

In the overseas competition, Malaysia’s Li Dezhi, Britain’s Tian He and Germany’s Xue Handi won the men’s top three. The women’s top three were Huang Haiping from Vietnam, Wu Lanxiang from Singapore and Bao Yuchen from Australia. In the youth team competition, the Jiangsu team, Zhejiang team and Shanghai team won the top three. The first place in the celebrity group double match was won by Sichuan’s Chen Daqing and Jiang Quansheng. (over)