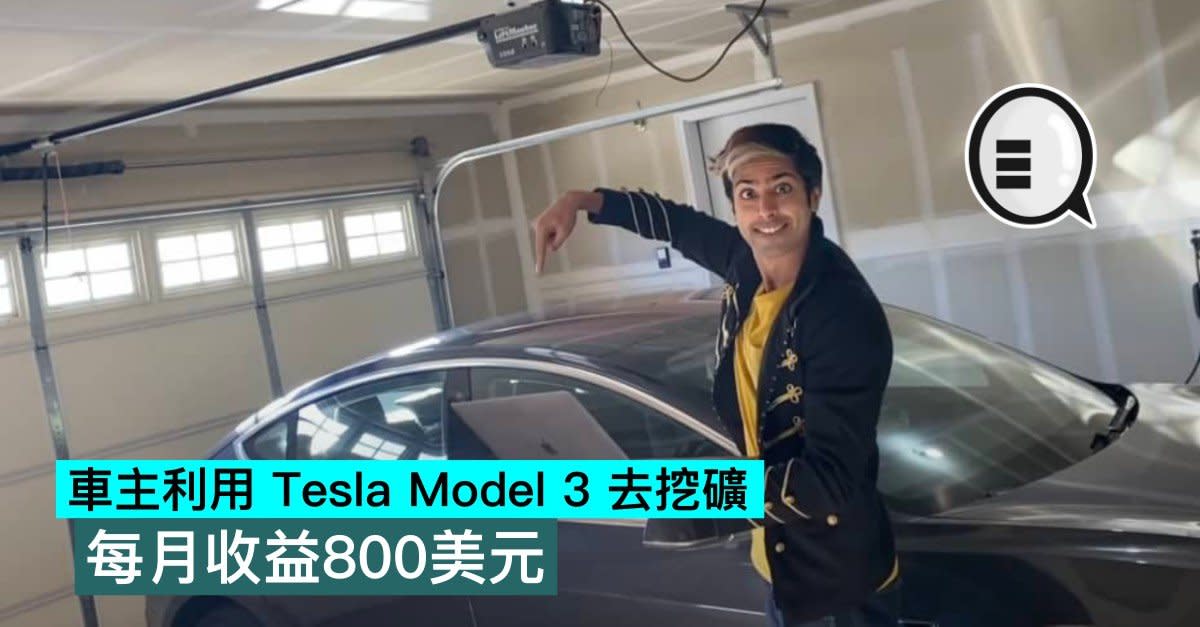 As a means of transportation, Tesla electric vehicles will not only save owners on gas, but can even be used to mine cryptocurrency to make money, up to $800 a month.

Tesla owner Siraj Raval has been trying to mine cryptocurrencies with Tesla electric cars for a long time. There are two main ways, one is to use an Apple Mac mini M1 to run free bitcoin mining software, and then connect to the 12-volt power outlet of the Tesla car’s center console through an inverter to power the computer. The other, connected to the Tesla trunk via an interconnected GPU (graphics processing unit), runs off an internal battery.

According to Raval, hacking Tesla’s local CPU through JavaScript to mine cryptocurrency would void the car’s warranty, but it would risk up to $800 per month for the owner.

In fact, in 2018, Chris Alless, the first electric car dealer in Wisconsin’s history, remodeled his Tesla cars. Raval said he uses the car’s built-in computer and screen to navigate to a web page and then runs the mining program through his browser.

It is worth mentioning that the Raval is a car purchased before January 2017, which means that the owner can use the Tesla charging station network for free and unlimited during the life of the car, reducing costs to a certain extent.

Imagine that Tesla cars might use the proceeds from transportation services and cryptocurrency mining to pay for maintenance, reducing the burden on car owners to some extent, which Tesla can use to invest in a diversified portfolio of cryptocurrency community networks.

More related articles are recommended for you:

The world’s first Tesla has traveled more than 1.5 million kilometers, and has replaced the battery 3 times and the motor 4 times

Moscow points out differences with NATO