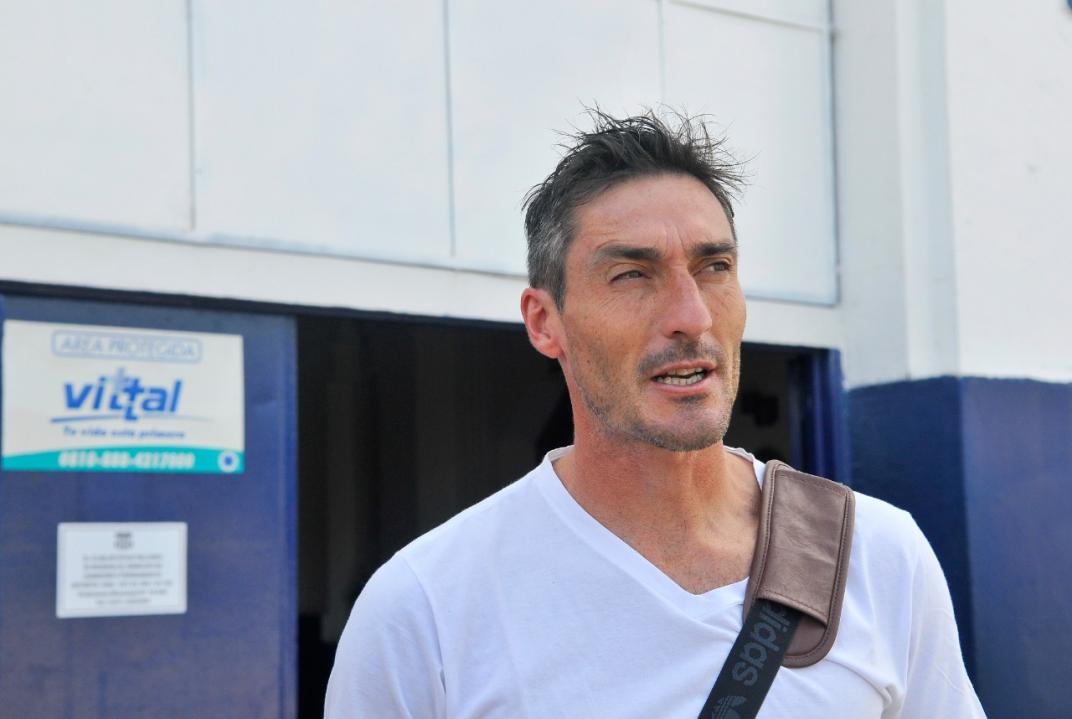 The leaders are the clubs to make decisions. For that they are voted and elected by the partners. And many times those decisions are complex, difficult and unpopular.

But that is its function. Above all when they are convinced that it is the best for the institution they lead.

Roberto “Tito” Castoldi, the president of Institute, took the post of the professional soccer area after the departure of manager Mariano Carbonari after the last frustration in the Reduced of the First National.

And his first big decision is strong, brave and played: to name Mauricio Caranta as the new coach of the team, to replace Fernando “Teté” Quiroz.

Castoldi trusted his intuition and the previous talks he had with Caranta himself, where he was surprised by his knowledge, his idea to apply in clubs and the personality of “Mauri”.

The first offer to Caranta was to be the manager of the institution, a role he did not intend to develop. The goalkeeper wanted to be DT, since he has completed the course and is a technician received at ATFA.

After the days passed, interviewing several candidates and also receiving some refusals (Ernesto Corti, Hernán Buján and Raúl Damiani, for example), Castoldi became more and more convinced that Caranta was the one.

Although, of course, there was an impediment: he was (or is) still an archer. And of Workshops.

The goalkeeper does not have a current link with the Matador, although he did have a renewal agreement to compete in a position full of figures, such as Marcos Díaz, Joaquín Blazquez and Guido Herrera.

And in the last hours, the offer from Castoldi and the Institute for Caranta to be DT arrived in an official and concrete way.

Something that ended up convincing Mauricio to hang up his gloves and put on his coaching diver.

If all goes well, on Monday it will be officially presented and on Tuesday this new stage will start at the head of the campus in La Agustina.

His field assistant will be the former Federico Bongioanni Institute and his PF Eduardo Larghi.

Of course, all this determination came after informing the president of the “T”, Andrés Fassi, and DT Alexander Medina what was happening. And receive the “OK”.

Mauricio achieved two promotions with Gloria, the club where he started his career. (Archive / The Voice)

In the middle, after knowing the news, the Institute fan was divided among those who esteem Caranta for her time at the club (she achieved two promotions). And there is also a group that demands its passage through Workshops.

The polls on social networks are “50 and 50”. Although, as always happens in football, the results will be those that mark the mood of the fan.

Beyond that, there is a brave and played decision from both Castoldi and Caranta.

The president of Gloria, for deciding on a young technician (42 years old) and without experience. A determination that follows the line that many clubs are taking, with coaches such as Hernán Crespo (Defense and Justice), Walter Erviti (Atlanta) or Fernando Gago (Aldosivi).

And Caranta is also very brave, for abandoning an extensive and successful career to return to the club where she started at a peak, with 15 years without joys and knowing that there is no patience.

“I met President Roberto Castoldi. It is prepared for management as in the human. Few times I had to experience it at the Institute. Many people value the player for what he left the club. I will have made a decision that people did not like as a fan and the one who was identified stopped being. But that doesn’t erase what I did. Caranta came out 15 pairs of booties and 15 balls; then it became a million dollars. I was in two promotions, in one promotion, “Caranta told Mundo D.

In the squad you will have a player of your extreme confidence as the goalkeeper Jorge Carranza, with whom you have a relationship for years. It is not a minor fact, due to the ancestry of the “Loco” in the group.

Some will say “this is not the time.” But in Alta Córdoba, whoever the coach is, there is no margin. And all the technicians ever started.

Just remember when Gerardo Martino took his first steps at the club. Then your driving skills will have the answer.

Institute needed a “shake”, renew and change of air in search of returning to be the protagonist of the First National.

But you also need to choose a project and sustain it over time, through thick and thin.

Caranta seems to be the first link in a new stage that was born in Alta Córdoba.

A brave and well-made decision… Because in football as in life, he who does not risk does not win.

The best information about the “T” in your mail.