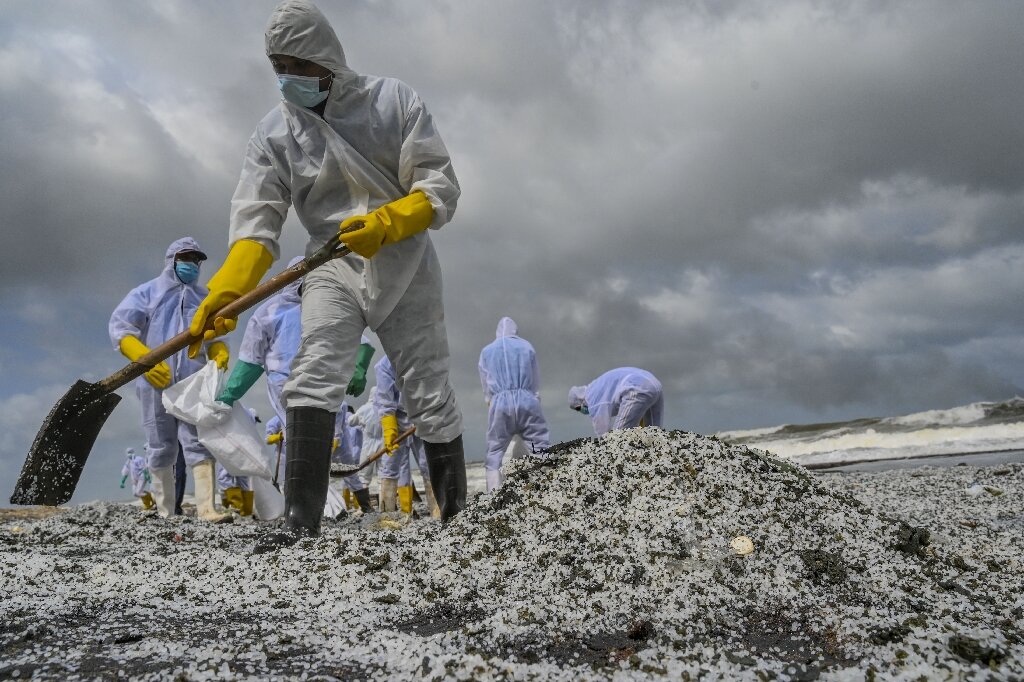 Tons of molten plastics from the cargo ship MV Express Pearl hit the west coast of Sri Lanka on Friday. Following this, the government banned fishing off the west coast of Sri Lanka. The government has banned fishing in 80 kilometers (50 miles) of coastline. The ban also includes the coast of Colombo. Fisheries Minister Kanchana Vijasekhara said the owners of the 5,600 boats affected by the ban would be compensated and the seafood currently on the market would be safe for consumption. Meanwhile, international efforts to rescue the ship entered its tenth day.

The Roman Catholic Church in the country says most of the affected fishermen are from their parish. The church also said that compensation should be paid from the ship’s insurance for the loss of livelihood.

Millions of plastic pellets were dumped on Friday at a holiday resort in Kalutara, 43 kilometers south of Colombo. Negombo, a tourist and fishing area 40 kilometers north of the capital, was similarly littered.

Sri Lanka Navy Chief Vice Admiral Nishantha Ulugetten said the fire was under control and the risk of shipwreck was low.

The Marine Environment Protection Authority of Sri Lanka (MEPA) said the oil spill was the biggest threat, but the ship ‘s plastic cargo had already caused extensive damage at sea.

MEPA Chairperson Dharshani Lahandapura said that Sri Lanka is one of the best biodiversity hotspots in Asia and this type of plastic pollution, especially from waste from microplastics, can have long-term consequences.