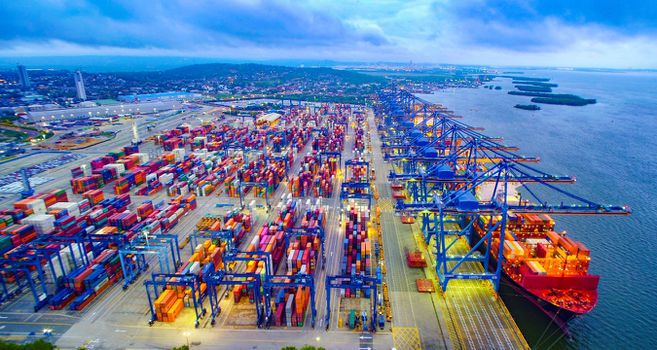 In the annual ranking of Lloyd’s List, a specialized commercial information service, only one Colombian port group appears in the Top 100 of the largest container ports in the world: Grupo Puerto de Cartagena (GPC).

In the demanding and prestigious ranking of the 100 largest container ports in the world, there are only 9 in Latin America and the Caribbean; And for the pride of Cartagena, the only box for Colombia, number 60, is for the terminals of the Port of Cartagena Group, through Contecar and SPRC.

It is the One Hundred Ports 2020 ranking, prepared by Lloyd’s List, where these terminals rose five positions compared to the 2019 measurement, with a percentage growth of 8.9%.

In Latin America and the Caribbean the best positioned are: Colón (Panama), position 42; Santos (Brazil), 43; Manzanillo (Mexico), 59; Cartagena (Colombia), 60; Balboa (Panama), 66; Callao (Peru), 83; San Antonio (Chile), 97; Guayaquil (Ecuador), 98 and Kingston (Jamaica), 99. Six variables take into account this ranking for their annual elaboration: “number of companies that do foreign trade, number of services that arrive at ports, direct connections without transshipment, number of calls per month, size of the ships and capacity of ships in number of containers ”.

Tan outstanding recognition deserved the reaction of Alfonso Salas, the manager of the Port of Cartagena Group who stated: “Since 2017, the Port of Cartagena is the port with the highest connectivity in the Caribbean and Latin America. This is of utmost importance because more than ever ports will have to guarantee the recovery of global supply chains after COVID-19 and the connectivity that ports offer will be a key factor (…) It is then how, through the development of a myriad of advantages, ports have created the scenarios so that the loads of exporters can reach the entire world in a competitive way and how our importers can create advantages through cheaper freight that derive from this connectivity ”.

See Also:  The new roadmap of BBVA and Sabadell

This is how it went to Cartagena

Container production growth typically fragmented last year. With an increase of less than 3%, volumes in China were greatly reduced as the tit-for-tat ‘trade war’ with the economic powerhouse of the United States took its toll.

This accelerated the continuous movement of traffic to other production centers in Asia.

It also stands out that “good results were recorded both in the Middle East and in the Mediterranean, where the average growth of the region’s ports was 6.3% and 6.6%, respectively.” For its part, volume growth in Northern Europe, North America, and Central and South America was low.

In the review that the Lloyd’s List portal makes of the Puerto de Cartagena Group terminals, it is indicated:

According to the figures of the Statistical Bulletin of Port Traffic in Colombia, First Semester of 2020, prepared by the Superintendency of Transportation, between January and June of this year 2,155,675 containers were mobilized through the different port areas of the country. Of this figure, the Cartagena Port Zone participated with 1,453,342 TEUs, which represented the 67.4% of the national total.

The two terminals of the Port of Cartagena Group reported the following behavior: Contecar with 1,026,616 TEU, a participation of 47.7% and a growth in the semester of 8.5%. For its part, the Cartagena Regional Port Company (SPRC) mobilized 390,509 TEU, with a participation of 18.1% and a variation of 21.3%. In summary, the two GPC terminals handled 1,417,125 containers in the first half of the year, equivalent to 65.73% of the national total. The remaining percentage of containers in the participation of the Cartagena Port Zone, that is, 1.67%, was contributed by the other terminals in the city.

TEU participation by port areas. First half of 2020 (Source: Supertransport)