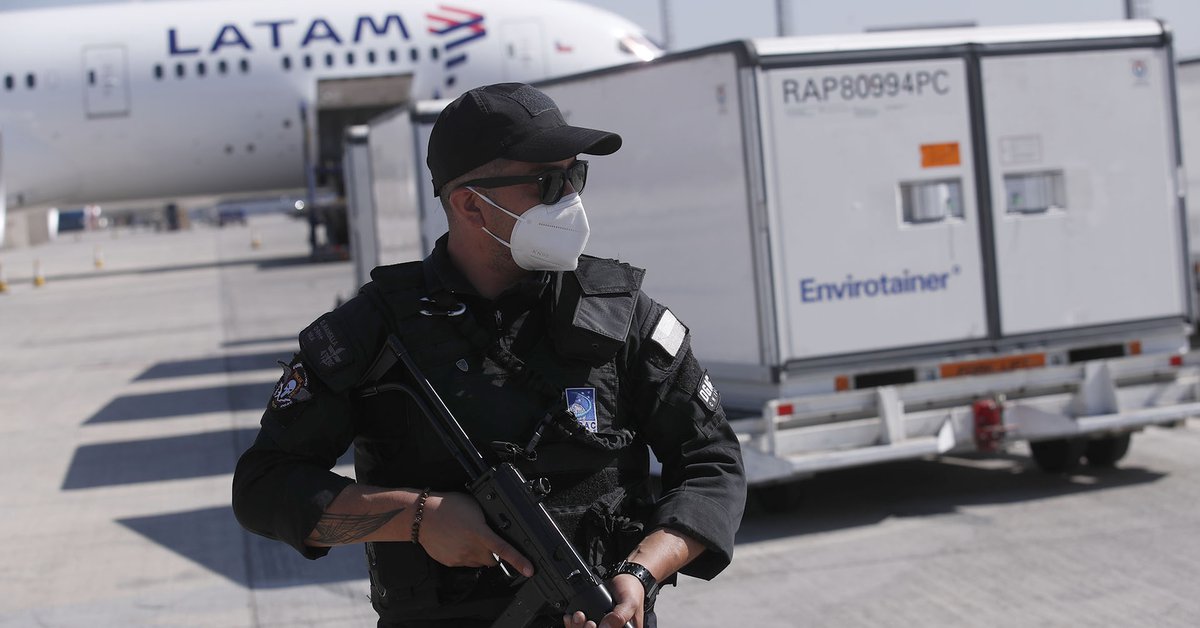 Chile received a first shipment of almost 2 million vaccines on Thursday made by the Chinese pharmaceutical Sinovac, which will be applied in older adults starting next Wednesday.

“Today is a day of joy, excitement and hope”, Affirmed the president of the country, Sebastian Piñera, who witnessed the arrival of the vaccines at the capital’s main airport and announced that the Chinese vaccine will be injected predictably in mid-February.

A second batch from China with another 2 million doses is expected on January 31, which will be distributed throughout the country, including for the first time the distant Easter Island, in the Pacific.

With Coronavac vaccines -which require a standard refrigeration of between 2oC and 8oC, unlike Pfizer / BioNTech that requires -70oC-, the government hopes to expand immunization coverage, which to date reaches more than 56,000 people with the first dose and more than 10,000 with the second.

“All vaccines that will be provided in Chile will be free, voluntary and have a seal that guarantees their effectiveness by the Public Health Institute (ISP)”Added the head of state.

Approved by the Institute of Public Health (ISP) on January 20 for emergency use, as in China, Indonesia, Turkey and Brazil, the Chinese vaccine requires two doses and will finally be applied to adults over 60 years of age, which represents a change of criterion since its use was initially contemplated only for adults between 18 and 59 years old.

The Minister of Health, Enrique Paris, explained Wednesday that the results of the analyzes delivered by experts “show that adverse effects are minimal in adults over 60 years of age and the preliminary immunogenicity data are very positive.”

According to the Health portfolio, CoronaVac vaccine is 100% effective in preventing serious cases requiring hospitalization and 78% efficacy for moderate to mild cases.

Chile, which began the vaccination process on December 24 when the first Pfizer-BioNTech vaccines arrived, aims to immunize the entire population at risk (about 5 million people) in the first quarter of 2021 and the rest in the first six months of the year.

With more than 700,000 infected and more than 18,000 dead, Chile is currently being hit by a second wave of the disease in the middle of the summer season.

The country, which in September joined the COVAX Facility platform of the World Health Organization (WHO) to guarantee universal access to vaccines and is one of the countries in the region that has made the most progress in the vaccination process, on Wednesday approved the emergency use of the one developed by the British laboratory AstraZenaca and the University of Oxford.

The worst day of the pandemic: the coronavirus killed more than 18 thousand people in the world in 24 hours