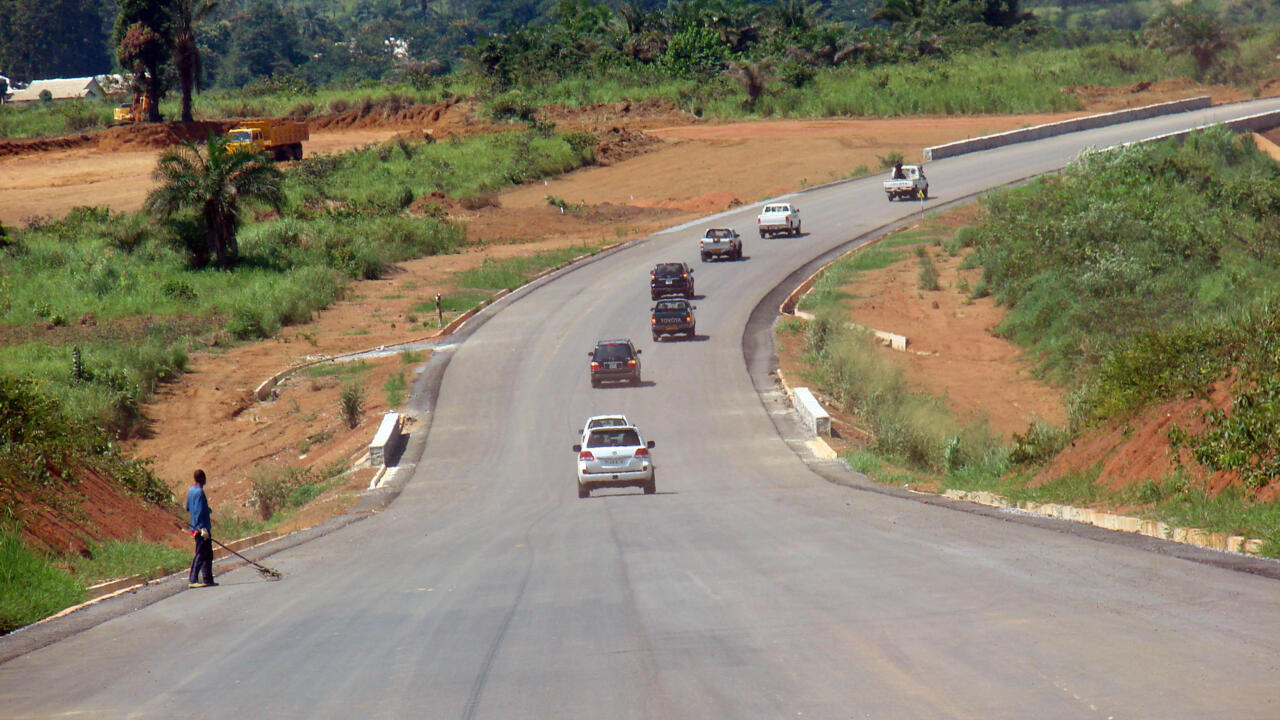 In Congo-Brazzaville, the Niari department in the south of the country is located halfway between the city of Pointe-Noire and Brazzaville. It is a forest area, which also has an inestimable agro-pastoral and fishery production. The Kibangou district is one of its main production basins. But, getting there is an obstacle course, due to a lack of modern communication channels. Construction work on a 100-kilometer road section has just been launched between this production area of ​​Kibangou and Dolisie, the third largest city in the country.

The project raises hope for producers in the district. The vehicle that took us on board in the pouring rain at Dolisie for Kibangou where we are to attend the launch of the track development works, took almost 4 hours. The metal bridge over the Niari, before reaching Kibangou, is very narrow as described by Armand Niaty, a village chief.

« It is a bridge that has only one aisle; no return. In other words, two vehicles cannot pass each other on this bridge. When a vehicle is engaged, another must necessarily wait after », Explains M. Niaty.

This bridge is a striking image of the isolation of the area. However, it spans a river where several species of fish are caught or even large shrimps which are marketed and consumed in Dolisie or Pointe-Noire.

The government authorities, head of State Denis Sassou Nguesso in the lead, symbolically kicked off the asphalting of the Kibangou-Dolisie axis. A new concrete bridge is under construction upstream of the first. Beneficiary of the site, the breeder Jean-Calixte Nzengui can express his joy.

« It is the beginning of a relief and the end of an ordeal for me and the rest of the population (of Niari). I told you that I am 60 years old, so for 59 years I no longer believed in the realization of this project. », He blurted out.

The start of the work did not make him forget the difficulties endured until then by producers, farmers and breeders.

« When the peasants produce, they cannot evacuate because there are difficulties. You see on the 100 kilometers which separate Kibangou to Dolisie it takes 4 to 5 hours of travel. To go to Nianga, located 180 kilometers from Kibangou, the trip requires 6 to 8 hours. », Affirms Mr. Nzengui.

Nadège Bissombolo, a peasant woman, head of the family, makes a living from the sale of cassava. She only has one wish. ” Our prayer is that the project be carried out to the end. »

The Kibangou-Dolisie section is part of an integration road, the Brazzaville-Libreville corridor. It should cost 44.5 billion CFA francs, of which about 40% is provided by the African Development Fund (ADF).