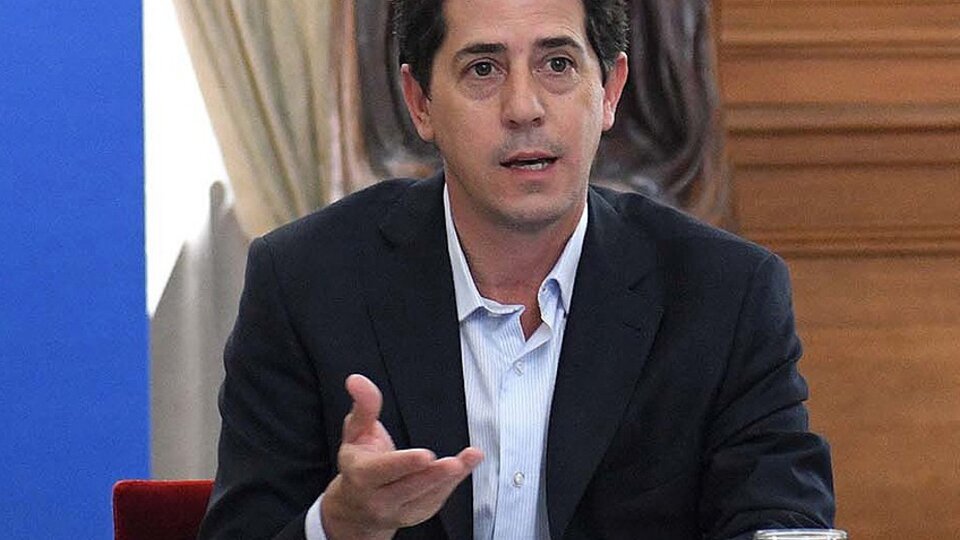 Conmebol resolved this Sunday to suspend the Copa América that was going to be disputed in Argentina as a consequence of the difficult epidemiological situation in the country. Through a statement released on its Twitter account, the entity communicated the news, after which the Interior Minister, Eduardo “Wado” de Pedro, anticipated that it was very difficult for the country to organize the contest under the current circumstances.

“Conmebol informs that in view of the present circumstances it has decided to suspend the organization of the Copa América in Argentina”, published the entity for the decision to suspend the contest that was to take place in the country as of June 13. Beyond the fact that the tournament is not played in Argentina, the organization also intends to move forward with the completion of the championship, so it has already anticipated that it will change its venue in the next few hours. “CONMEBOL analyzes the offer of other countries that showed interest in hosting the continental tournament”, completed the governing body of South American football.

Minutes before the official announcement, the Minister of the Interior, “Wado” de Pedro, had advanced that it was “very difficult” that the Copa América could be dispute in the country as planned, as a consequence of the epidemiological situation. In this sense, the national official warned that President Alberto Fernández wanted to be “consistent” with the objective of “caring for the health and life of Argentines, taking into account that there are new strains “of the coronavirus pandemic.

In statements to the television channel C5N, De Pedro indicated that he spoke with the President about the “Sanitary situation of the different jurisdictions and, in particular, on the epidemiological situation of Mendoza, Córdoba, City of Buenos Aires, Tucumán and Santa Fe”, which in some cases were venues for the contest. Therefore, the official hinted that the president was going to make the decision to cancel the contest in the country, in a joint decision with thel Ministry of Health. Earlier, the head of the health portfolio, Carla Vizzotti, had said that the organization of the Copa América in Argentina was not “defined in one hundred percent” and that the authorities had yet to define “the last section of analysis” of the procedures and protocols presented by Conmebol.

Faced with the imminent loss of Argentina, lConmebol decided to buy time and in this way it resolved before the suspension of the contest in the country, with the intention of finding a new headquarters in the next few hours. For the organism it is the second loss in a few days, since the tournament was originally going to be played in Colombia and Argentina. However, the Colombian headquarters was ruled out last week due to the political situation in the country. Given this circumstance, Argentina had been the only host of the tournament that had already been suspended last year due to the pandemic.

While there is no official confirmation, In recent days, options had emerged from Chile and the United States offering to take the organizational post, with the addition that in North America they could guarantee the presence of the public in the stadiums. In the next few hours, Conmebol will listen to offers and make the decision for the Copa América to have a new home.