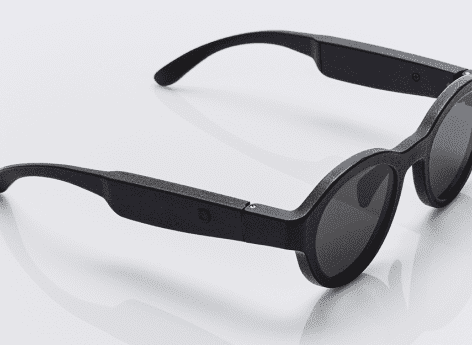 Connected glasses to help dyslexic children. This is the promise made by the Burgundian start-up Abeye, which has just developed glasses of a particular kind in collaboration with the optician Atol.

Called Lexilens, they are based on the work of two researchers in laser physics from the University of Rennes, Albert Le Floch and Guy Ropars. Laureates last December the price of the National Academy of Medicine for their work published in October 2017 in the journal The Royal Society, they discovered that it is in an area of ​​the retina called the fovea that the origin of visual dyslexia is located.

Removal of the mirror image

Affecting 4 to 5% of children by age group, dyslexia is a specific and lasting learning disorder. It is manifested by great difficulty in reading, writing and assimilating spelling, which hinders the learning and academic success of many children and adolescents.

By examining tiny light receptors in the eyes, the centroids of Maxwell’s task, the two researchers found that these, normally asymmetric from eye to eye, were identical in people with dyslexia. As a result, these do not have what is called the directing eye, the one we use for example to aim, which leads to the creation of mirror images in the brain and the latter’s inability to choose the right image.

Boss of the start-up Abeye, Michael Kodochian relied on the work of researchers from Rennes to develop Lexilens palliative glasses. The latter are equipped with electronic filters which allow the mirror image to be removed.

The first tests, carried out in the laboratory, show an effectiveness in “more than 90% of cases”, says Michael Kodochian, quoted by The Digital Factory. In-store tests show a 75% efficiency rate. These results will soon be detailed in a clinical study conducted by Abeye and Atol in double blind and cross over. This new work will also make it possible to study the exact contribution of glasses according to the different forms of dyslexia.

Created in collaboration with Atol, who designs and manufactures them in France, Lexilens glasses should be available later this year. Initially, only a frame intended for children will be marketed. It is now possible to test them at Atol opticians. Certified as a class I medical device, they are displayed at a price of 399 euros.