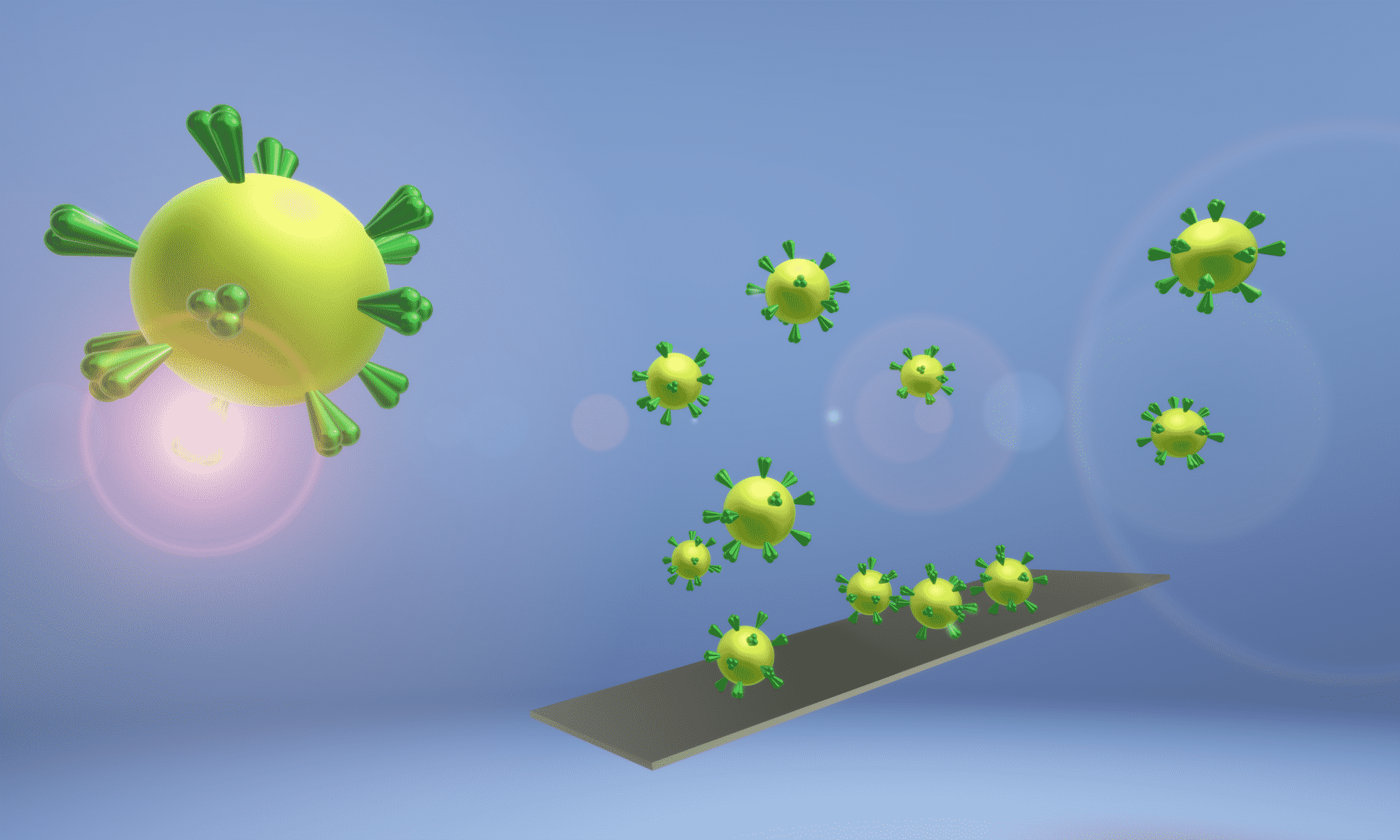 The ongoing COVID-19 pandemic poses a threat to the health of millions of people worldwide. Respiratory viruses, which include the pathogen SARS-CoV-2, can be transmitted both through the air and through contact with contaminated objects. Scientists from the Chair of Technical and Macromolecular Chemistry at the University of Paderborn have therefore investigated what promotes the adhesion of virus-contaminated surfaces. To do this, they researched the proteins in the virus envelope. The results could make an important contribution to the Combating COVID-19 and have now been published in the journal “Advanced NanoBiomed Research”, a journal from the “Advanced Science” series.

“It is common knowledge that coronaviruses are primarily transmitted through the air. Several studies have now identified transmission through contaminated surfaces as an important factor. There is growing evidence that they can play a key role in the spread of viral infections. So far, however, little is known about the physicochemical mechanisms of the interactions and how these interactions influence the viability and infectivity of viruses, ”explains physicist Dr. Adrian Keller, who heads the “Nanobiomaterials” working group at the University of Paderborn. According to Keller, relevant knowledge is not only important with regard to the development of antiviral coatings, but also for the adaptation of sterilization and disinfection protocols, for example when there are shortages in protective clothing and disinfectants.

With the help of high-speed atomic force microscopy, the researchers can visualize the so-called adsorption, diffusion and interaction dynamics – basically the movement behavior – of various biomolecules. “Specifically, it is about the adsorption of virus particles on abiotic, i.e. non-living surfaces. A special SARS-CoV-2 protein subunit plays an important role here. It represents the outermost point of the pathogen’s characteristic spiked shell, which is also referred to as spikes, ”explains Keller.

The contaminated surfaces in the experiments were oxide monocrystals that were supposed to imitate different germ carriers and that were brought into contact with protein-containing electrolytes. The latter were similar in their properties to human mucosal secretions. Keller: “The electrolytes served as a carrier liquid for the isolated proteins. Their salt concentrations and pH levels were adjusted to resemble those of saliva or mucus. The adsorption of the proteins on the surfaces takes place from these media and is intended to simulate the situation when coughed virus-laden droplets land on surfaces. “

One of the central results: The adsorption of the spike protein on the oxide surfaces is controlled by electrostatic interactions. Keller explains: “Among other things, this means that the spike protein adsorbs less strongly on aluminum oxide than on titanium oxide. Under the same conditions and incubation times, the titanium oxide surface therefore has more proteins than the aluminum oxide surface. However, electrostatic interactions can be suppressed relatively easily, e.g. B. in concentrated salt solutions. We assume that these correlations between the surface and the spike protein also play an important role in the initial attachment of complete SARS-CoV-2 virus particles to the surfaces. After this initial contact, however, other processes that are mediated by other proteins could gain in importance. “

According to Keller, however, further studies of contaminated surfaces are required: “In order to fully elucidate the hierarchy of the interactions involved, investigations at the molecular level using various isolated shell components and complete SARS-CoV-2 virus particles are necessary”.

Microsoft wants to remove the password for its users in 2021