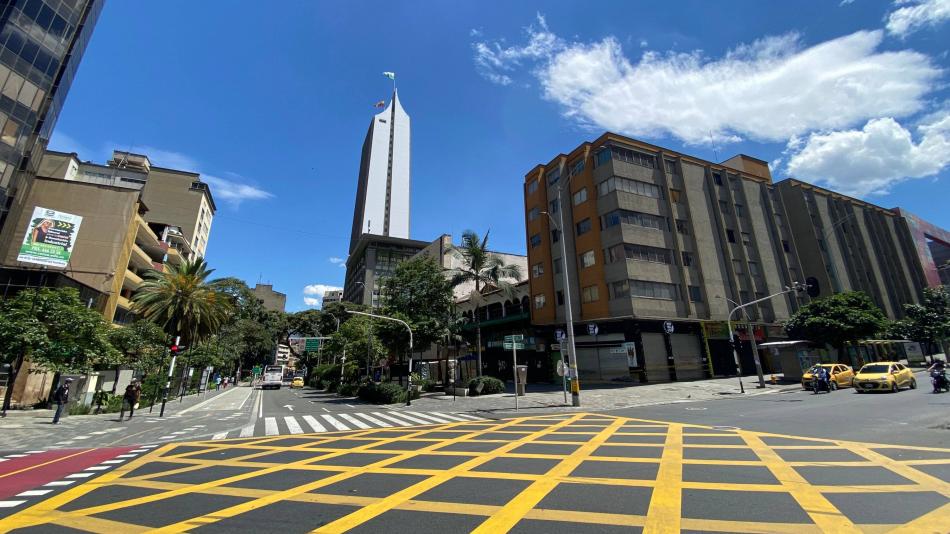 The general quarantine or total confinement of the population was one of the measures that most countries took to stop the advance of the pandemic. What it seeks is to limit the movement of people and thereby reduce the speed of transmission of the new coronavirus.

And although it was effective at the time, as various scientific studies and the statistics themselves have verified, today it is considered by the World Health Organization (WHO) as the last resort in a series of decisions that a country must make to fight covid-19.

WHO Director-General Tedros Adhanom Ghebreyesus said this week that if governments succeed “Apply your contact search system and focus on isolating all cases and quarantining contacts”It will then be possible to avoid a generalized confinement, he said.

And it is that the generalized quarantine scenario has once again been taken into consideration in Europe, where half of the world’s cases are occurring and ICUs are becoming scarce. In fact, Ireland was the first European country to enact a second general lockdown. Wales joined that measure from Friday and for several weeks.

However, for now, the decisions made by governments on that continent have focused on curfews, specific closings from shops or places where there is a high risk of contagion and local confinements.

It must be taken into account that Colombia and Latin America are experiencing an epidemiological moment that is different from that of Europe. While in that continent they are in a second wave of infections, in this part of the world the figures show a slow steady decline and in the particular case of our country there is a sort of plateau in cases and mortality.

See Also:  Kansas vs. Baylor score, takeaways: No. 2 Bears fall for first time this season, but remain a No. 1 seed

(Read this special: Covid-19 and life in tow after going through an ICU)

Even so, both the Ministry of Health and the Mayor’s Office of Bogotá have warned that a rebound in cases it is possible towards the end of November and the first days of December and that is why they have insisted on individual responsibility as the first measure to control this scenario.

Alejandro Gómez, district secretary of health, affirms that Bogotá can pass the second probable peak of the pandemic without making strict confinements thanks to “the learned experience, the expansion of our ICUs (from 940 to 2,200 in the city), in addition to the ability to provide diagnostic aids and the DAR strategy (Detect, Isolate and Report) ”.

The former Minister of Health, Gabriel Riveros, is clear in saying that a new total confinement would be the demonstration of a failure knowledge of the epidemiological situation at the national level. “I think that confinements of smaller areas will surely be required that are defined according to the epidemiological information available. This to the extent that the country has several pandemics, since the evolution is different by regions, departments, as well as municipalities, “he says.

Luis Jorge Hernández, doctor in public health, agrees that the total quarantines “They are no longer useful, they have lost their effect and cause a lot of psychosocial and health damage due to events not prevented or treated”. “Three combined strategies have the same effectiveness: population adherence to masks and hand washing; laboratory tests, contact tracing and isolations; and gradual openings with capacity ”.

See Also:  Leaders in England: Everton dominates thanks to Ancelotti and James

Carlos Eduardo Pérez, infectologist, recalls that general quarantines they do not serve to eliminate the virus but to slow down its transmission and in that sense, confinement would only be a decision based on health indicators such as ICU occupation and not on the number of cases. “It will depend on the response of the health system and not the affected populations,” he concludes.

Carlos Álvarez, national coordinator of covid-19 studies for the WHO, states that the case of Colombia is different from that of Europe because here the confinement did not lead to a suppression but to a reduction of the effective reproductive number (infections produced by each infected) 2.6 to 1. “There is always the possibility of total confinement depending on the behavior of the population, especially in large cities,” he says.

(You can continue reading: Medellín will have a curfew from this Thursday and the bridge will dry out)

HEALTH UNIT
Check here all the news from the EL TIEMPO Health Unit.
Contact us through @Health, on Twitter, or by email at salud@eltiempo.com.