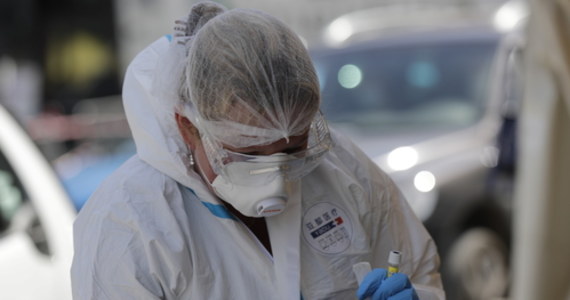 Regulation on the so-called epidemic threat zones will introduce chaos and stigmatize residents, but will not help in the fight against the virus – wrote the Mayor of Rybnik Piotr Kuczer in a letter to the Minister of Health Łukasz Szumowski.

Mayor of Rybnik: The decisions regarding the zones will introduce chaos and stigmatize the inhabitants
/OLIVIER HOSLET /PAP / EPA

As assessed by Kuczera, new rules regarding restrictions in individual poviats or cities, especially those that are part of larger urban centers, will not reduce infections. In his opinion, the solution to the problem should be mass, constantly conducted tests.

On Thursday, the Ministry of Health announced that when designating the planned epidemiological threat zones, it was guided by the number of cases in individual poviats in the last 14 days – where per 10,000. there were more than 12 people with the disease, the “red” zone is to apply, and where the number of new patients per 10 thousand. inhabitants was between 6 and 12 – “yellow”.

In Rybnik, with a population of nearly 140,000, which is one of the urban counties classified as “red zone”, there is, among others, the Chwałowice mine, which has recently been one of the main outbreaks of coronavirus in the region. Screening of the entire crew of approximately 2.8 thousand is underway there. According to the data from Polska Grupa Górnicza on Friday, 225 people have been confirmed there so far with coronavirus – since Thursday the number of infected employees has increased by 73. Tests are still ongoing.

The Mayor of Rybnik on Thursday complained on Facebook lack of precise information on the restrictions planned by the Ministry of Health. He also expressed reservations as to the scope of the planned changes. “What is the point of the red zone for us, since many inhabitants of Rybnik work outside the city?” – He was asking.

Kuczera sent a letter to the Minister of Health, in which he expressed surprise in taking Rybnik, the so-called red zone, and regret for the lack of consultation with local governments.

“If the local governments covered by the red zone were given a chance to express their opinion on this matter, maybe we could explain the specificity of the Silesian agglomeration and what are the causes of the disease in Rybnik, Ruda Śląska and other Silesian cities” – emphasized Kuczera in a letter provided by the office press releases of the Rybnik magistrate.

Referring to the methodology adopted by the Ministry of Health, the Mayor of Rybnik recalled that the number of detected infections always increases proportionally to the number of testsand the miners of the Chwałowice mine are being tested in the city. In May this year. an increase in the incidence in the town was recorded when miners from the Jankowice mine in Rybnik were tested.

“There are two more mines in the vicinity of Rybnik: Marcel and Rydułtowy. The inhabitants of Rybnik also work in these places, and as far as I know, virus testing is not performed there. I am appealing for simultaneous testing of miners in the remaining mines, then we will be able to talk about systemic actions “- said Kuczera, reporting the fear that the lack of simultaneous tests in various large plants may have consequences for the city for a long time.

“I believe that the rules introduced by the government regarding the sanitary regime (masks, disinfection, social distance – with the simultaneous pressure to enforce their use) should apply throughout the country, only then do we have a chance to see the effects of such actions. The regulation will introduce chaos and stigmatize the inhabitants of Rybnikbut will not help in the fight against the virus, wrote the mayor of Rybnik.

Red and yellow zones of COVID-19 infection. What is allowed and what is forbidden? 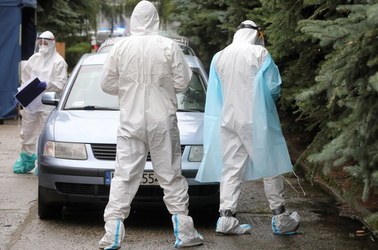 As an example, he gave that in the light of the introduced rules Residents of Rybnik will be obliged to wear a mask at all times, but when going to work in Katowice, they will no longer have to wear it. Also, people from outside Rybnik, and working in this city, after working hours, will return to their towns and will function there without the red zone regime. In addition, for example, if in Rybnik it will be possible to organize weddings only for 50 people, the residents will organize them in nearby towns, and at that time in Rybnik the premises will collapse.

“I believe that the solution for our country are mass, constantly conducted tests, not only in mines and large workplaces. We also need to organize the automatic availability of all diagnostic tests for the presence of COVID-19 for sanitary and medical institutions” – wrote the Mayor of Rybnik.

“You say that ‘we have to shake ourselves off’,” he told Szumowski Kuczer. “It’s true, but all Poles should do it. I appeal not to divide Poles on those who infect and on those who must be protected against them. We do not need any more divisions in our country “- he concluded.