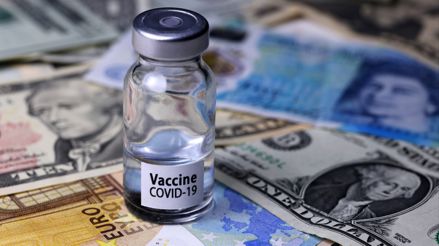 The American company Modern announced that it will present this Monday emergency authorization requests for its vaccine against COVID-19 in United States and in Europe, after complete results confirmed its high efficacy (94.1%).

Two weeks after announcing an efficacy of 94.5% based on preliminary results, Moderna reported that of 196 participants in its clinical trial who were infected with COVID-19, 185 were in the placebo group and 11 in the vaccinated group, with a calculated efficacy of 94.1%.

This means that vaccinated people had their risk of contracting COVID-19 reduced by 94% compared to people who were not vaccinated, an efficacy similar to that of the vaccine of Pfizer/BioNTech (95%).

No severe form of the disease was recorded in the vaccinated group, against 30 in the placebo group.

The most common reactions were not serious, such as pain around the injection site in the arm, fatigue, muscle stiffness or headache.

One participant in the clinical trial died, but was in the placebo group.

Modern reported that the observed efficacy of their vaccine was consistent across age, gender, and ethnicity.

“This preliminary positive analysis confirms the ability of our vaccine to prevent Covid-19 with an efficiency of 94.1% and, significantly, the ability to prevent the severe form of Covid-19,” said Stéphane Bancel, CEO of Modern

The company will submit what is called in the United States an emergency authorization request to the Medicines Agency (FDA), which is expected to convene its vaccine advisory committee on Dec. 17. This could allow, in case of a green light, a distribution in the following days.

Moderna will also present a request for conditional use to the European Medicines Agency (EMA) on Monday.

The Pfizer / BioNTech vaccine is already under evaluation by the FDA and could be licensed shortly after December 10.

New case of reinfection of Covid19, what do we know about it?

The reinfection of an American with Covid19, who was sicker the second time than the first, raises new questions about the acquisition of immunity, although these cases are for now exceptional. ANDhe Dr. Elmer Huerta explained how the comparison was made between the virus he contracted at the beginning and at recontagion. There are 4 confirmed cases of reinfection in the world.