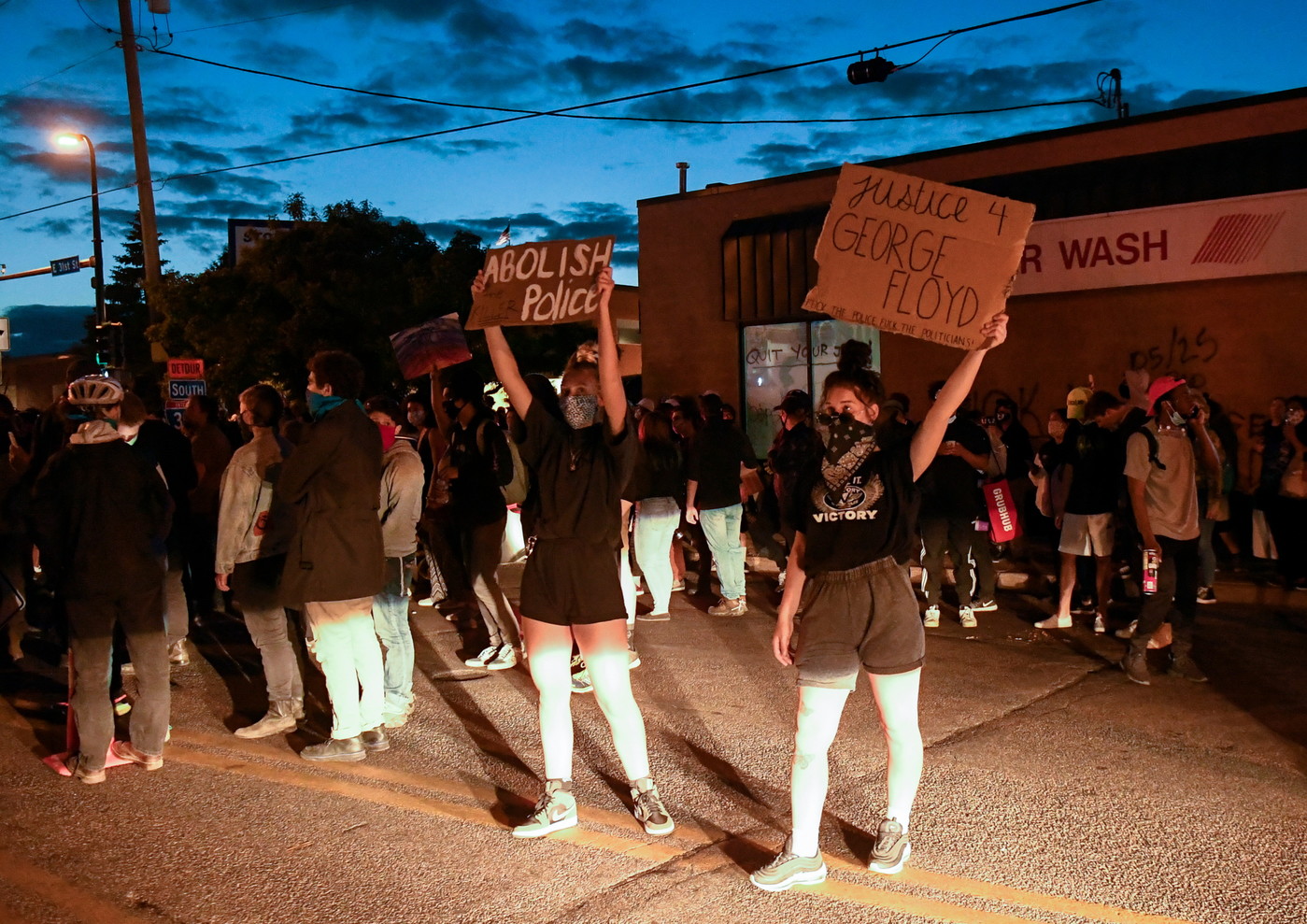 Tensions remain high in Minneapolis despite the curfew imposed since Friday evening May 29. After three nights of riots in this big city in Minnesota in the north of the country where protesters demanded justice, a police officer Derek Chauvin was arrested and “charged” with manslaughter. D. Chauvin is charged with a cruel and dangerous act that resulted in the death of George Floyd and manslaughter, according to the Hennepin County prosecutor. The victim’s family hailed the police’s arrest as a first step on the “path to justice” but found it “late” and insufficient.

The face of this agent (dismissed with three other police officers involved in the drama) has gone around the world since a video that went viral shows him violently arresting Monday May 25 for a minor crime George Floyd and placing his knee on his neck. He begs and complains, “I can’t breathe,” we hear him say. He will pass out and die a few moments later. The death of this black American is added to a long list of police violence against the black community in the United States and this is what has angered thousands of Minneapolis residents. The National Guard was deployed to try to restore calm after a police station was burnt down overnight and several businesses looted.

“We are already dead, so we might as well die for a good cause?” “

“We’ve been crashing for far too long. We die, brother, with someone’s knee on our neck when we haven’t done anything (…) so it’s over, we’re sick of it. I mean, we’re already dead, so we might as well die for a good cause, right? “A Minneapolis protester who just wanted to be identified by his first name, Chicago, told Agence France-Presse. The case recalls the death of Eric Garner, a black man who died in 2014 in New York after being suffocated when arrested by white police. He too had said ” I can not breathe “, a phrase that has become a rallying cry of the Black Lives Matter movement (“The life of blacks counts”). ” Enough is enough “said his mother, Gwen Carr, in New York on Friday. “They have to stop coming to our neighborhoods and terrorizing and killing our young people. “

“… as a kind of continuity”

“Everywhere, the old slogans that have been put away since 2014 have emerged as” no justice no peace “, Jean-Eric Branaa, (1), lecturer on American society and politics at the University of France, points out on his Twitter account. Assas-Paris2, “as a kind of continuity”. Protests erupted in several major American cities and hundreds of people demonstrated in particular in front of the White House in Washington, holding up banners with slogans like “Stop killing us”. In New York, nearly a thousand protesters gathered to castigate the police, while in Denver, a highway was blocked. In Louisville, Kentucky, clashes took place as residents sought justice for Breonna Taylor, a black woman killed by police in her apartment in March.

After repeatedly reporting a crime “Tragic”, Donald Trump attacked “Breakers”. “Looting will be immediately greeted by bullets”, he added in a tweet, that the social network decided to report as a “Apology for violence”. Friday, however, he wanted to play the appeasement by calling the family of George Floyd by assuring them that “justice will be done”. In a diametrically opposite tone, his democratic predecessor Barack Obama said he shared ” distress “ millions of black Americans, for whom “Being treated differently on the basis of race is tragically, painfully and annoyingly + normal +”.

(1) Nothing will be as before: 1. America in the time of the VA Éditions coronavirus, 162 p. € 4.99, the copyright of which is paid to the Fondation des Hôpitaux de Paris