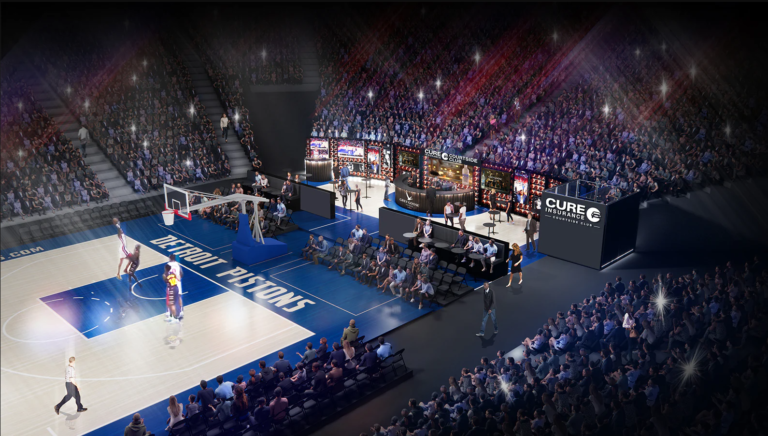 The first movement of the offseason of the Detroit Pistons has nothing to do with his choice of the draft or the transfer of any of his players. Not even with hires that reinforce the technical team or management. The first announcement that the franchise has made for the following season is the opening of a fan zone at Little Caesar Arena. This site is called CURE Insurance Courtside Club and makes the stadium a pioneer in the NBA when it comes to introducing this type of facilities within the sports venue itself.

It is a large space located at the bottom of the visitor stand, which has a service bar, scattered seats and a few screens. In other words, a bar at the foot of the slopes. Spokesmen for the franchise have assured that it represents an added value for the public that will make the experience of going to Little Caesars more enjoyable. Fans have not been to the Pistons Stadium for more than 18 months, which is why Brendan Mallete, corporate vice president, thinks it is “a unique opportunity to reshape and expand the fan experience.”

It has not been clarified if the introduction of this space will occur in all the games that the Pistons play at home, but in principle it would be expected. It may initially be strange to see an open club in the middle of a pavilion and so close to the action of the game. But if Detroit is going to star in seasons like this, maybe the fans will end up thanking it and other franchises will take note.