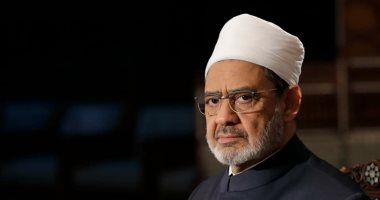 As part of the follow-up to the health status of the Grand Imam, Dr. Ahmed Al-Tayeb, Sheikh Al-Azhar Al-Sharif is preparing, during the next two days, to leave Germany, where he will end his treatment trip, which began on Tuesday, September 21, and head to the Italian capital, Rome.

According to what was announced by the Sheikh of Al-Azhar, his eminence will participate in the work of the Summit of Religious Leaders for Climate Change under the title (Faith and Science) on the 4th of October, which is a prelude to the United Nations Conference COPE 26 (the twenty-sixth United Nations Conference on Climate Change), in the presence of leaders Politicians from October 31 to November 12 this year.

The Sheikh of Al-Azhar will also participate in the meeting of religious leaders on education under the title (Towards a Global Agreement for Education) on the fifth of October, which coincides with the International Teacher’s Day. With the outbreak of the Corona virus, and their ability to adapt to the educational conditions imposed by this pandemic.

Sheikh Mohamed Al-Tayeb, the elder brother of the Sheikh of Al-Azhar, revealed the developments in the health condition of Dr. Ahmed Al-Tayeb, in televised statements, that his eminence conducts physiotherapy sessions on the lumbar vertebrae in the spine, where his eminence felt in the previous days pain that led to the presence of inflammation and based on the advice of doctors Followers of his condition have traveled to Germany.

In an official statement issued by the Sheikh of Al-Azhar, he explained that the Grand Imam, Dr. Ahmed Al-Tayeb, Sheikh of Al-Azhar Al-Sharif, conducted physiotherapy sessions on the spine in a specialized German hospital, after receiving a recommendation from a number of Egyptian doctors specialized in traveling to Germany; To perform accurate examinations on the back and spine area, and after conducting the necessary examinations, it was found that he needed intensive physical therapy on the lumbar vertebrae.. His virtue is now fine, praise be to God.. Al-Azhar Al-Sharif appreciates the noble sentiments, sincere prayers, and true love shown by the Egyptian and Muslim masses. From around the world to the eminence of the Grand Imam Prof. Dr. Ahmed Al-Tayeb, Sheikh of Al-Azhar Al-Sharif.