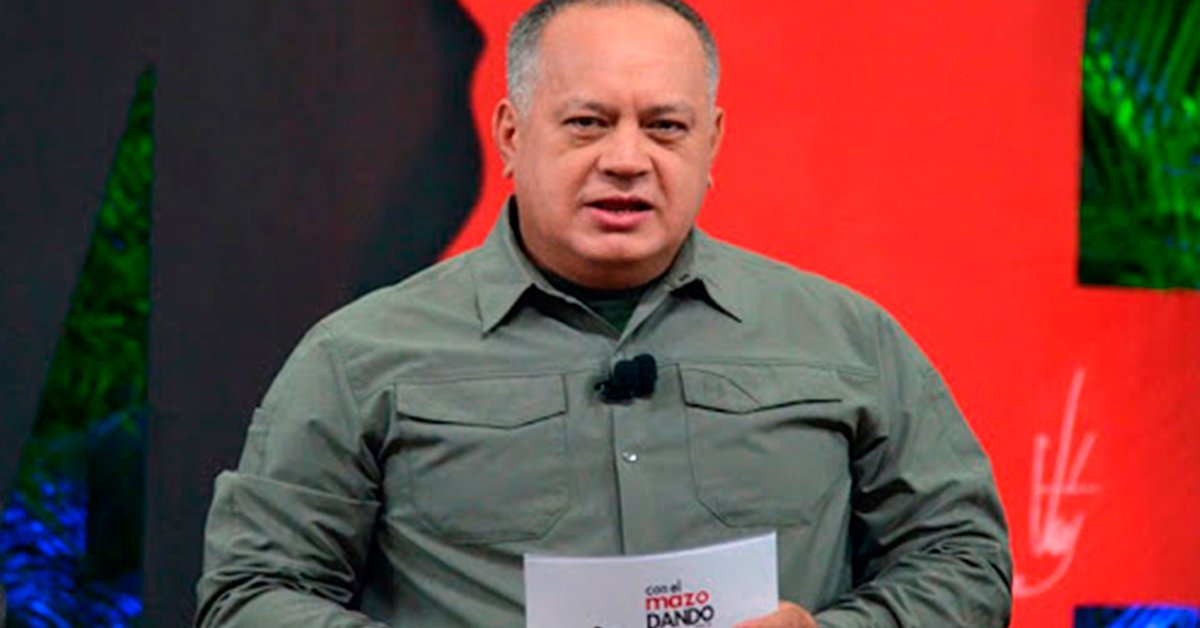 The number two of Chavismo, Diosdado Cabello threatened to sue Enrique Márquez, vice president of the National Electoral Council (CNE) elected by the Chavista National Assembly, for having initiated an administrative investigation against the state channel, Venezolana de Televisión (VTV).

The measure was taken by the rector of the CNE as president of the CNE’s Political Participation and Financing Commission (Copafi). The vice president of the Electoral Power assured that he was responding to the use of public resources to promote candidacies of the United Socialist Party of Venezuela (Psuv) and referred to the program of Cabello, With the mazo giving.

The Chavista leader told Márquez of using his position “to sabotage the CNE from within.” He further added: “I know you, I know how you came to the CNE, you wanted to be the governor of Zulia.”

Cabello was not satisfied and threatened Márquez: “I do not promote candidates, Mr. Márquez. Don’t be a liar. Now, how do you sustain that if it occurs to me to sue you? Can you claim that I promoted a candidate?

The representative of Chavismo ended his threat against the rector by saying: “Answer me however you want or if not, keep quiet.”

In his weekly broadcast, the also vice president of the Psuv, did not spare epithets against the official named by the same Chavista AN. Among others, called him “liar”, “irresponsible”, “misplaced in time” and he reminded him that he was not elected by popular vote, but by legislators.

“The sad thing is that you want to speak on behalf of the CNE, you usurp functions, because this was not consulted with the CNE or with the Commission (of Political Participation and Financing)”said the Chavista leader.

According to Cabello, Márquez did not consult with the rest of the Copafi members about the opening of that investigation, nor did he submit it to a vote. He assured that the other members (the president of the CNE, Pedro Calzadilla and the alternate rector Leonel Parica) found out about this measure through social networks.

“I have the certainty that you did that because they sent you, someone who has the same name, maybe”Suggested Cabello, possibly referring to former presidential candidate Henrique Capriles.

Meanwhile, the socialist leader expressed his sympathy for the presidential election in Peru.

He criticized the candidate Keiko Fujimori for having denounced fraud, once the numbers in her favor were reversed.