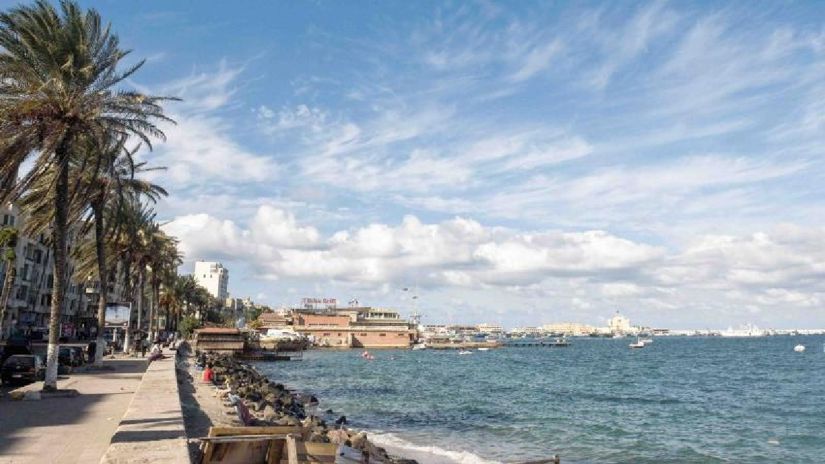 An Egyptian-French mission today revealed the discovery of new archaeological remains of a cemetery and a military ship in the city of Thonis-Heracleion, submerged in the waters of the Mediterranean off the coast of Egypt and close to the coastal town of Alexandria.

In a statement, the Egyptian Ministry of Antiquities announced the two new discoveries: first, the remains of a military ship that sank in the second century BC and was found under five meters of mud, next to vestiges of the temple of the god Amon. .

This shrine was very prominent in the city of Thonis-Heracleion, which was also the main port of entry to Egypt of all vessels coming from Greece, before the founding of Alexandria in 331 BC

Franck Goddio, director of the European Institute of Submerged Archeology (IEASM), explained in the statement that finding this type of fast ship from that time is “extremely rare”, while the team revealed that its characteristics suggest that it was built in Egypt, with local and Greek techniques, which was 25 meters long and had a flat keel to be able to navigate on the Nile.

On the other hand, the remains of a Greek cemetery dating from the first years of the 4th century BC and containing many valuable donations have been discovered, according to the note.

“This discovery illustrates the presence of Greek merchants who lived in the city and controlled the entrance to Egypt at the mouth of the Canope branch of the Nile River “, the westernmost and closest to Abu Qir Bay, in the Mediterranean Sea, where Thonis-Heracleion was located and also the city of Canope.

According to the mixed mission, the Greeks were able to settle in the city during the last pharaonic dynasties and built their own shrines near the temple of Amon, and the remains of both have been found together and in good condition in the submerged city about 7 kilometers from the coast of Egypt.

In the last half of the 8th century AD, large areas of the Nile delta disappeared due to rising water levels and a natural phenomenon of soil liquefaction, including Thonis-Heracleion, which was discovered by the IEASM in 2001. EFE

PODCAST RPP | Minister of the Interior: protests in the center of Lima were the worst scenario foreseen by the Police

José Elice told Focus on Saturdays that the Ministry is working on preparing the documents for the transfer, based on the directives established by the Office of the Comptroller General of the Republic. He added that he hopes to meet with the person who will replace him in the position.