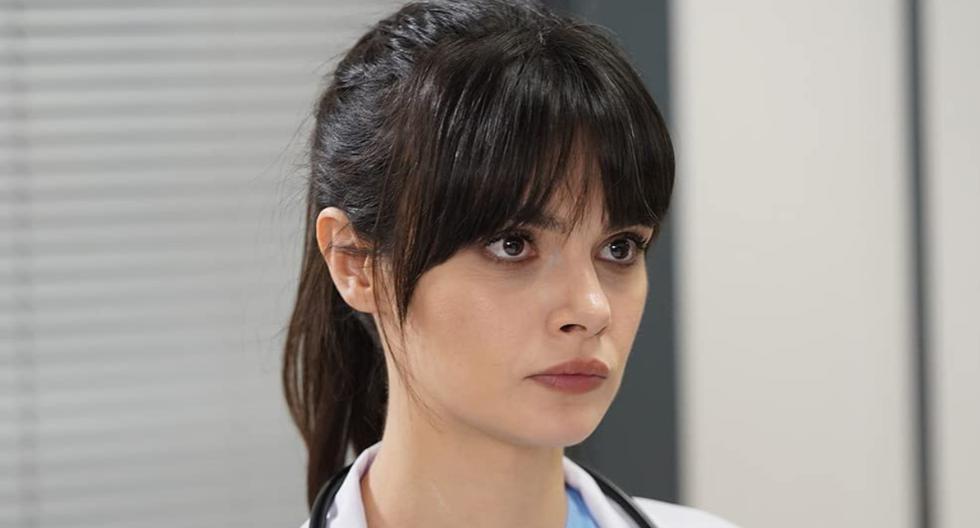 What is the schedule of “Miracle doctor“? The Turkish soap opera “Mucize Doktor” will premiere new chapters during the week of January 10-14 and will have a particular space on the television schedule. The series stars Taner Ölmez and Sinem Ünsal in the roles of doctors Ali Vefa and Nazli, respectively.

MORE INFORMATION: “What Happened to Me?”, The new film by Onur Tuna, Ferman from “Doctor Miracle”

The medical drama has established itself as one of the most celebrated versions of “Good Doctor, the South Korean series that appeared in 2014 and has had its best-known adaptation in the US”The Good Doctor”.

In this way, the Turkish novel is still valid internationally. His first appearance was on September 12, 2019 in Fox Turkey. In said broadcast, he had a total of 64 episodes 130 minutes each and two seasons.

MORE INFORMATION: “Baba”, the new series by Bihter Özdemir and Hakan Kurtaş, the actors of Selvi and Doruk in “Doctor miracle”

“Miracle doctor”Has also reached other parts of the world. In South America, he is currently presenting his episodes in Colombia Y Peru, through the signs of RCN Y Latina, respectively.

WHAT HOURS WILL “DOCTOR MILAGRO” HAVE DURING THE WEEK?

The Turkish novel “Doctor Miracle” has reached, in 2021, a number of countries in various languages, such as Greece, Tunisia, Bulgaria and Hungary. In Latin America it has also had a great acceptance from viewers. This is how the schedules are for this week, from Monday, December 27 to Friday, December 31, from “Miracle Doctor” en español.

SCHEDULE OF “DOCTOR MILAGRO” IN COLOMBIA

“Doctor miracle” issues new chapters in Colombia through the signal of RCN Television. The channel premieres episodes in the local time of the 15:30 hours, according to the television schedule of that country.

MORE INFORMATION: “Doctor miracle”, this was the first kiss of Ali and Nazli

SCHEDULE OF “DOCTOR MILAGRO” IN PERU

While, in Peru, the Turkish soap opera “Mucize Doktor” premieres new episodes through the channel’s signal. Latina. In this way, the television medium presents episodes from Monday to Friday in the local time of the 19:30 hours.

MORE INFORMATION: Özge Özder, why the birth of his daughter Eva Luna was anticipated

WHAT IS “DOCTOR MILAGRO” ABOUT?

“Doctor Miracle”Tells the story of Ali Vefa, a young man with autism spectrum disorder and Savant syndrome, who becomes a genius in pediatric surgery.

As a child, Ali was abandoned by his father who gave him up for adoption. He grew up deprived through various orphanages, but despite difficulties he graduated from medical school with first place and got a job in the surgical unit at the Istanbul Berhayat Hospital.

The medical team will see their routine altered when the young man joins the team as a surgical assistant. Savant syndrome or sage syndrome is something that will initially make it difficult for Ali to communicate with his colleagues and patients. However, Ali will earn the love and respect of all.

MORE INFORMATION: Why does Sinem Ünsal, actress of “Doctor Miracle”, have no boyfriend

WILL “DOCTOR MILAGRO” HAVE A THIRD SEASON?

“Mucize Doktor” has become a worldwide phenomenon. It has been reaping, so far, successes in countries such as Spain, Argentina, Colombia, Bulgaria, Greece, Uzbekistan, Albania, Hungary, Tunisia and Peru. Despite this, you will only be left with two deliveries. A statement posted on Fox Turkey’s official “Doctor Miracle” profile announced that it was time to say goodbye to Ali Vefa.

“We have reached the end of our story where we say that people with autism have the right to live as long as all of us. Our Ali Vefa (Taner Ölmez) grew, developed, made his dreams come true “, read the post, which announced that the date for the last chapter. “It is time to say goodbye to him with all the miracles he has performed”he added, thanking the audience for having opened their hearts to the character.

Doctor Milagro is one of the most popular Turkish novels internationally. However, the original story of the drama emerged in Korea. Did you know that to date there are four adaptations of this series? Here we tell you what they are.