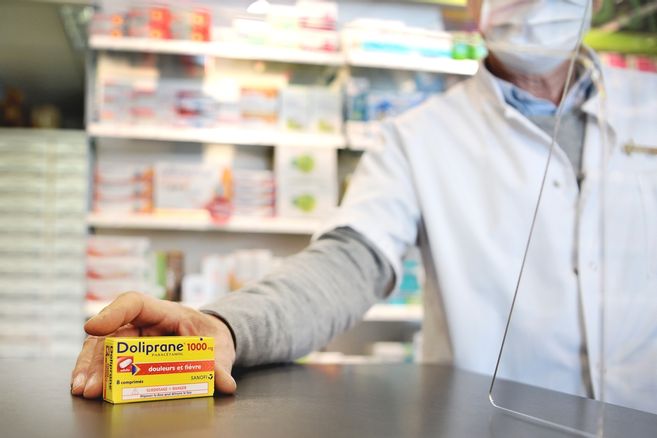 The small yellow boxes with the blue logo and red band are rare on the shelves of French pharmacies. The pharmacies are struggling to obtain Doliprane 1,000 mg, some have no more stock. The Liquiz, an oral solution flavored with strawberry to treat children, is also missing. “There is a strong tension on paracetamol references. This is also the case of Dafalgan in capsules, ”recognizes the president of the Federation of Pharmaceutical Unions of France (FSPF), Philippe Besset.

It has been going on for several weeks now. Sanofi confirms that it has been confronted with “an unprecedented increase in demand in pharmacies”. It has been strong since the start of the pandemic, but has increased with the resurgence of winter ailments.

With the cumulative effect of Covid and the flu, the Vichy hospital (Allier) is “full of new” (March 2022)

“The Covid is still there and, in addition, we had a particularly infectious winter with the flu, continues Philippe Besset. Most of the time, the symptoms are mild but require taking paracetamol” to combat headaches, fever or body aches.

The manufacturer of Doliprane foresees supply difficulties until June and indicates that it is facing “a global shortage of raw materials and excipients” necessary for the production of the drug. Deliveries of certain packaging items such as tubes, pipettes, aluminum or cardboard were also “delayed by suppliers”.

Nothing to worry about, however, according to Philippe Besset. Even though Doliprane is the top-selling painkiller brand in the country, there are alternatives available without delay.

The message that must be remembered is that there is no shortage of paracetamol, because it can always be found in another form, in tablets or effervescent, or another dosage.

The end of self-service paracetamol: good news for pharmacies (January 2020)

Production relocated to France in 2023

Imported from Asia before being packaged in France, the active ingredient will be produced again in the country, in Isère, from 2023. Result of a government strategy aimed at relocating the entire production chain of this molecule whose character essential was highlighted at the height of the health crisis.

Conditioning. Some of the Doliprane cans are machined by Multi Packaging Solutions (MPS), one of whose sites is located in Ussel (Corrèze). The shortage of some forms of the drug hasn’t forced the company to “slow down” just yet. But the shortage of cardboard, on the other hand, is worrying. “We are on a tight schedule. Cardboard orders made now will not be delivered until August. We are careful, ”warns Nelly Laforge, operational manager of the site.

The Government approved the divestment of Disney: MediaPro is the new owner of Fox Sports

Surveillance on Swiss territory – Catalan personalities spied on in Geneva