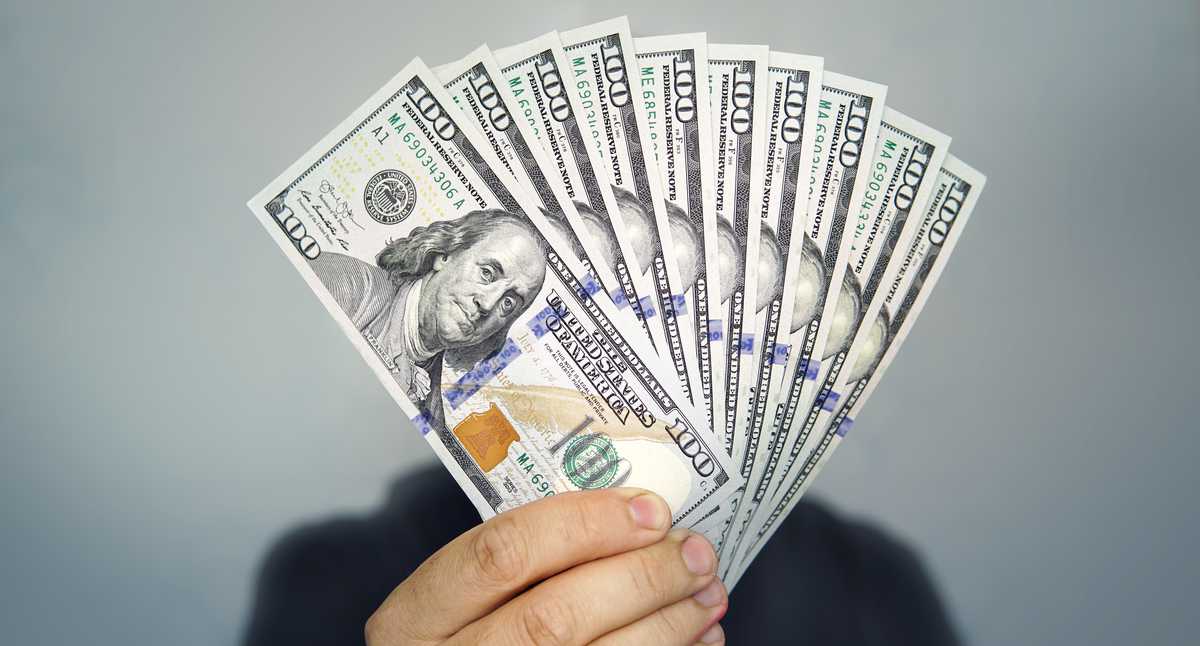 With a strong rebound that returned him to the figures he was handling at the beginning of last week, he closed the day for the dollar in Colombia on Tuesday, August 16, in a day in which the currency appreciated, not only in the local market. , but also took a lot of ground away from other nations’ currencies.

According to the Colombian Stock Exchangethe official currency of the United States ended the day at 4,255 pesos, a figure that is 88 pesos and 34 cents above the closing price of last Friday, when it ended at 4,166.66, affected, among other things, by the rise of international oil prices.

Likewise, the average price of the dollar was around 4,128 pesos with 11 cents; 32.62 more than the Market Representative Rate set for this session by the Financial Superintendence at 4,185.49; after the continuous crashes of last week that took it to levels not seen for more than a month.

In other values ​​reported by this currency throughout this Tuesday, the maximum price reached 4,256 pesos at the close, despite the fact that in the first operations it plummeted to 4,155 pesos and made many analysts and experts think that it would be a day down, despite the fact that external pressures were on the rise.

According to analysts, the recent strengthening of the economy and production in the United States is gradually dispelling the specter of recession, which is why many dare to say that perhaps the worst of the crisis and In this way, confidence in that country is being strengthened.

Industrial production rebounded more than expected in July in the United Statesthanks to a strong boost from auto manufacturing, according to data published on Tuesday by the Federal Reserve (Fed, central bank).

The production of the industrial branch grew 0.6% compared to June, above the 0.3% expected by analysts. Over July 2021 the increase is 3.9%. This advance is mainly due to the increase in the manufacture of cars and auto parts, which grew 6.6% after six months of continuous decline.

This sector, key in the generation of labor, has been very disturbed for a year and a half by the shortage of semiconductors, which has been weighing down the production of vehicles. Meanwhile, consumer demand is being eroded by inflation and the increase in the cost of credit, due to increases in rates by the Federal Reserve.

Man’s hand with a stack of US one hundred dollar bills, close up – Foto: Getty Images/iStockphoto

Likewise, it should be taken into account that consumer confidence in the US economy recovered more than expected in August, thanks to the prospects of improvement in inflation that occurred after the figures for recovery and slowdown in the increase of the cost of living that have been known throughout these weeks.

According to the University of Michigan, the index stood at 55.1 points, up 7% over July, and above the 52.1 points expected by analysts. In June, this key index had reached its historical low.

Thus, the United States is going through a moment in which this increase in confidence is leading to the US currency being quoted and cutting ground to the other currencies against which it was devalued, mainly in emerging economies.

Finally, we must remember the relationship between the price of oil and the value of the dollar in Colombia, which shoots up every time crude oil prices drop. Oil prices fell sharply on Monday and the US WTI fell below the symbolic level of 90 dollars after disappointing data on the Chinese economy and the possibility of an agreement with Iran on its nuclear program.

In London, a barrel of North Sea Brent for October delivery fell 3.10% to settle at $95.10. Meanwhile, in New York, the West Texas Intermediate (WTI) for delivery in September fell to 89.41 dollars, with a loss of 2.91%. A deal on Iran’s nuclear program could end oil sanctions on the Islamic republic.

*With information from AFP.

20 years of Blue Crush in pictures