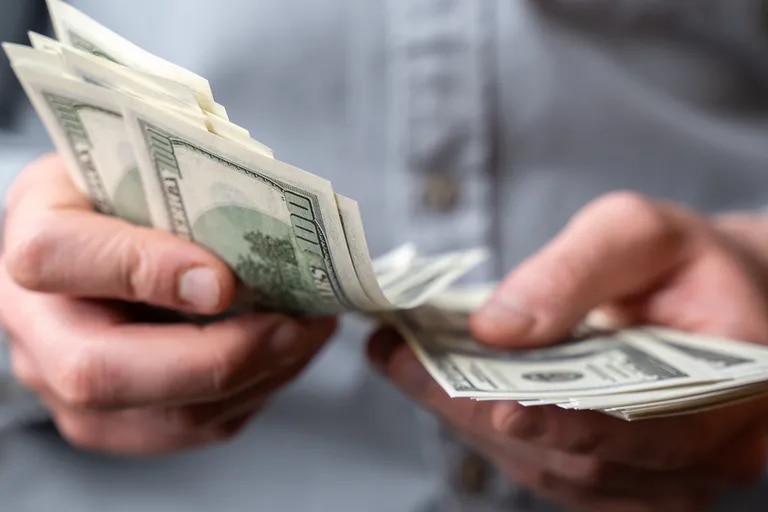 A few days after the Indec publishes the national inflation data for July, the statistical entity of the City of Buenos Aires today released its price index (Ipcba) for last month, which marked a jump of 7.7%. In this way, the accumulated inflation in the Buenos Aires territory was 44.1% and the year-on-year price increase reached 69.2%.

Steve Hanke, the American economist from John Hopkins University, former adviser to Carlos Menem and Domingo Cavallo, referred to the loss of value of the Argentine peso against the dollar and he insisted again with a recipe: to dollarize the economy. For more than 20 years, the specialist has pointed out that the only possibility of avoiding economic disaster is the adoption of the US currency.

Invited to The corniceby LN+the deputy and economist Javier Miley analyzed the progress of the management of Serge Massa and it was blunt: “The key to a stabilization plan for it to be successful means that you can expand activity, employment and lower inflation, but you need to be credible and the credibility implies reputation and technical solvencysomething that the program does not have”.

As pointed out by GMA Capital to THE NATION, “This week will be a litmus test for the market”. This is due, they explained, not only to the expectations that there are for the new measures, but also because of the inflation data and the subsequent reaction that the Ministry of Economy and the Central Bank (BCRA) could have. And in this regard, they pointed out: “Private measurements indicate that the CPI (consumer price index) of July would have risen 7.5%so year-on-year inflation would already be above 70%”.

Retail sales fell 3.5% on average compared to the same month of 2021, according to the survey of the Argentine Confederation of Medium Enterprises (CAME). In addition, sales of food and beverages fell 6.2%, a drop that traders attribute to the constant increase in prices.

While, in the city of Buenos Aires, the caves and little trees they sell informally the dollar for $299in other provinces of Argentina the value is somewhat higher. In Tierra del Fuego and Santa Cruz the highest values ​​were registered, of $295. On the scale, it is followed by Córdoba, Salta, Santa Fe and the interior of Buenos Aires, where it is listed at $293, according to what was published Infodollar. Since last July 28, the exchange rate has been below $300, after reaching its historical maximum of $338 in the middle of that month.

On Thursday, the Indec will release total inflation for the month of July. At a general level, the consumer price index (CPI) increased by 5.3% monthly in June. In the first semester of the year, a variation of 36.2% was registered and the year-on-year comparison registered an increase of 64%.

The free US currency operates at $292 for sale and $287 for the purchase. These are the same opening values ​​of the foreign exchange round.

In an article titled: “The Argentine Minister of Economy Sergio Massa proposes the fiscal order to deal with the country’s economic problems”, Reuters broke down the first measures of the new minister. The international agency focused on the fact that its proposals “included maintain a key fiscal deficit target [el 2,5% acordado con el FMI]as well as to respect the debt commitments previously assumed”.

The wholesale official exchange rate, which is controlled by the Central Bank (BCRA), is being sold at $133.57, while the blue dollar is selling at $292. Therefore, the gap between the two prices is above 118%.

The parallel dollar continues in the same values ​​with which it opened the day: it is trading at $292 for sale and $287 for the purchase.

After the expectations generated by a possible meeting between Sergio Massa, the Secretary of Agriculture, Juan José Bahillo, and the Liaison Table, There is no set date for the meeting yet. From the field they warned that the meeting is “urgent” and, in this regard, Jorge Chemes, president of the Argentine Rural Confederations (CRA), anticipated that the Liaison Table wants to talk about retentions, intervention in the markets, the unification of the exchange rate and the situation of the regional economies.

The crypto dollar increased in value. Right now DAI can be purchased through the Ripio platform at $289.27.

According to a study prepared by the Humanitarian Observatory of the Argentine Red Cross about the changes that occurred in the employment situation of the population after two years of the pandemic, 81 percent of those surveyed reported having difficulty making ends meet. In addition, 78 percent said that if they went out looking for a new job, it would also be difficult for them to find one that would allow them to pay all of their monthly expenses.

The parallel dollar began its exchange round one peso below last Friday’s close. In this way, the currency operates at $292 for sale and $287 for the purchase.

Since 1983, all the holders of the Palacio de Hacienda were economists, accountants, engineers or lawyers with postgraduate degrees in Economics, instead, Massa is a lawyer. In fact, in the last 39 years, there have been 31 administrations and, of these, only six were not economists: Hernán Lorenzino was a lawyer with a master’s degree in Economics; Carlos Fernández, accountant; Nicholas Gallo, engineer; Jorge Capitanich, accountant; Antonio Erman Gonález, accountant; and Miguel Ángel Roig, engineer.

In the last two years, due to the stocks implemented by the Central Bank (BCRA), each month fewer people can buy the US$200 quota at the “solidarity” value, which is the price of the currency at the official exchange rate, with a surcharge of 30% for the PAIS tax and 35% on account of taxes on Income and on Personal Assets. Last June, according to the latest official data, 885,000 Argentines were able to buy “savings dollars.”

Last Wednesday, after being sworn in as Economy Minister, Sergio Massa announced the main measures that it will carry out at the head of its portfolio:

The president of the Radical Civic Union (UCR) bloc in the Chamber of Deputies, Mario Negri, attacked John Joseph Bahillothe new Secretary of Agriculture: “With Bahillo I am surprised because he was a deputy for a while, but it is known for ice cream. I would have to dedicate myself to thatbecause if in the worst crisis situation the Government says that it would be good for the leaders of the Liaison Table to sing which political party they belong to… What he has to do is announce what proposal he has, if he knows something of the issue and not do ideological patrolling.”

Yesterday on the screen LN+, the former Secretary of Energy Emilio Apud referred to the increase in rates announced by the new Minister of Economy, Sergio Massa and explained why it is not only “insufficient” but also “late”: “The Government has no back to continue with energy subsidies because the only resource left to solve it is emission. And that immediately goes to inflation in addition to making investment fall drastically. We are going to have more problems with energy because there is no investment, a key factor to avoid any kind of inconvenience”.

Who accompanies the Minister of Economy in the Palacio de Hacienda:

The bitcoin dollar, also called the “crypto dollar” or stablecoins (considered that way because of its parity with the dollar), its value fell. On the Buenbit platform, DAI can be purchased for $283.90.

Last Friday, President Alberto Fernández He shared his first public act with Sergio Massa since his arrival at Economy and, during the activity, he said: “Sergio knows, as I do, the obligation we have with each one of you.”

And study of the Argentine Catholic University (UCA) based on interactions on the social network Twitter showed that economic uncertainty increased 6.5 percent in July compared to June. The indicator closed the month with a 65.3%after touching a maximum of 85.6% before the resignation of Martín Guzmán on the second day of last month. When Sergio Massa arrived it was at 76.8% and, just under a week after landing, it dropped to its current values.

Yesterday on the screen LN+, the former Minister of Economy Alfonso Prat Gay analyzed the changes in energy which implemented Serge Massa after his arrival at the Ministry of Economy. The new minister will place Flavia Royonan own official, instead of Dario Martinez, the Neuquén leader “affiliated” with La Cámpora. For Prat-Gay this is nothing more than a move by the vice president, given that Massa will be in charge of implementing segmentation and reducing energy subsidies. “It gives me the impression that Cristina is running and wants to get rid of Massa’s high rate “, the former official said.

The reference retail exchange rate, which is controlled by the Central Bank (BCRA), ended on Friday at a price of $139.86 for sale and $131.24 for the purchase.

The US currency closed the exchange round on Friday at $293 for sale and $288 for the purchase. This meant an increase of $2 compared to the previous day.

5 stars.. the story of the first cat hotel in Saudi Arabia

iOS 16: a new “Copy and delete” option for screenshots